Developer “croniccorey” has recently announced the release of MX Linux v1.00 RC1, an XBMC Linux image for media players based on AMLogic AML8726-MX, on XDA Developers’ Forums. This release supports G18REF and MX2REF devices (See build.prop in Android) such as Matricom G-Box Midnight MX2, and a test image has also been released for g02refDongle devices such as Droid Stick A2. Checking the MTD layout Before starting the installation, you may want to check your flash partitions in order to avoid bricking your device: Install and run Terminal Emulator Run the command below to make sure your partition table is compatible with the image:

If your partition table is different, do not install the default image for MX2REF / G18REF. However, If you’ve got Matricom Android firmware version 1.1.6 or greater or WJB’s Linux builds from November 21 2013 onwards, the MTD layout will be different, and you’ll need to […] 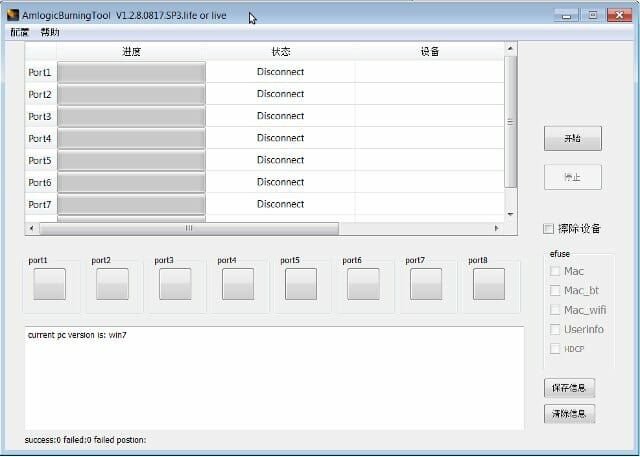 In some circumstances, for example by installing the wrong firmware or doing something wrong by playing god (as a root user), it’s possible to brick your device. This happened to me with one of my Droid Stick A2 mini PCs based on AMLogic AML8726-MX. I changed some files in /system/etc/permissions directory, lost Wi-Fi access, and even  replacing my changes with the backup files would not solve the problem. It also changed some permissions in the system, and it was not possible to restore the firmware the usual way. At the end of last month, dbtablets left a comment with download links to “Amlogic USB Burning tool”, but  I only decided to give it a try today, and after some efforts I was successful. Just make sure you only use this method as last resort, i.e. a standard firmware upgrade does not work, and you’re about to throw your device in […]

Since I’ve been asked, I’ve done a short video showing how to open an Android mini PC, namely Droid Stick A2. As most casings are based on similar design the same method can be used for many other mini PCs that comes with a plastic casing. Some other mini PCs with a metallic casing, such as Hi802, need to be opened with a different, and IMHO easier, method as you just have to remove 2 screws. For Droid Stick A2, all you need is a flat head precision screwdriver. First look for small spaces between the two parts of the casing, insert the screwdriver where the largest space is, and gently lift it up. Watch the video below for a demo. Jean-Luc Aufranc (CNXSoft)Jean-Luc started CNX Software in 2010 as a part-time endeavor, before quitting his job as a software engineering manager, and starting to write daily news, and reviews […]

Droid Stick A2 mini PC does not come rooted, so here’s a simple rooting guide for the device. First, make sure you’ve installed the latest firmware, then follow the instructions below (Source: ARMTvTech): Copy update_Superuser.zip to the root of a micro SD card. Insert the microSD card to Droid Stick A2, and power the device Go the Apps menu in Android, and launch “Upgrade” app. Select Local Upgrade Select update_Superuser.zip Select Reboot And Install Package Let the update go through, and let it boot to Android. You should now have root access. This method deleted old version of su and Superuser.apk, copies su to /system/bin & Superuser.apk to /system/app, and changes permissions on those files. It may also work on other AMLogic AML8726-M1 / M3 / MX based devices. If you are interested in knowing exactly what it does, unzip update_Superuser.zip, and open /META-INF/com/google/android/updater-script. For some reasons, the first time I […]

If you have read my previous review of the Droid Stick A2, I was pretty upset about Google Play since I could not install most of the apps. This is now fixed, and Kimdecent has released a firmware upgrade. Here’s how to upgrade: Download g02refDongle-ota-20130201.rar Extract it in your PC, and copy the files (g02refDongle-ota-20130201.zip and uImage_recovery) to the root of your microSD card (Formatted as FAT32) Insert the microSD into Droid Stick A2 Boot the mini PC normally, and launch the “Upgrade” app Select Local Upgrade, then select g02refDongle-ota-20130201.zip and click on Reboot and Install Package Droid Stick A2 will reboot, and it should start upgrading Android. Done Since I’ve been messing up with Android and broken something, “Reboot and Install Package” does nothing for me (some permissions issues with /cache/recovery/command), so I could not verify this works or not. Finally, I could install it on the first version […] 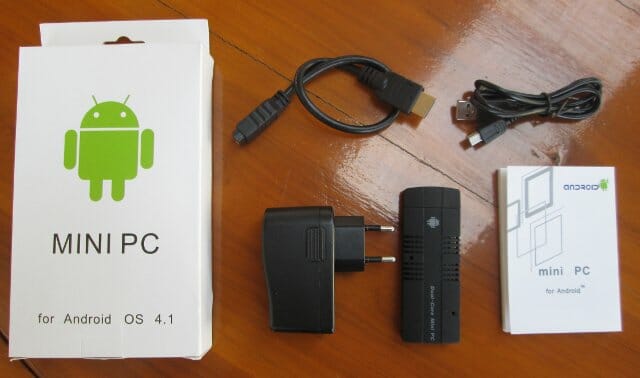 At the beginning of December 2012, I wrote a post about Droid Stick A2 mini PC based on AMLogic AML-8726-MX to show some pictures of the device, but I could not really test as the firmware was not complete, and was promise a working firmware soon. Unfortunately, things did not really go according to plans for this hardware, so the firmware never showed up… Luckily, Kimdecent found another version of the device with basically the same specs, a slightly different casing, and more importantly a “working” firmware. The company was kind enough to send me another sample for review. Droid Stick A2 Unboxing Here’s what the new Droid Stick A2 and its accessories look like. Beside Droid Stick A2 mini PC, the package contains a power adapter (5V/2A), a mini USB to USB cable, a short HDMI cable and a user’s manual in English. A close up shows the device […] 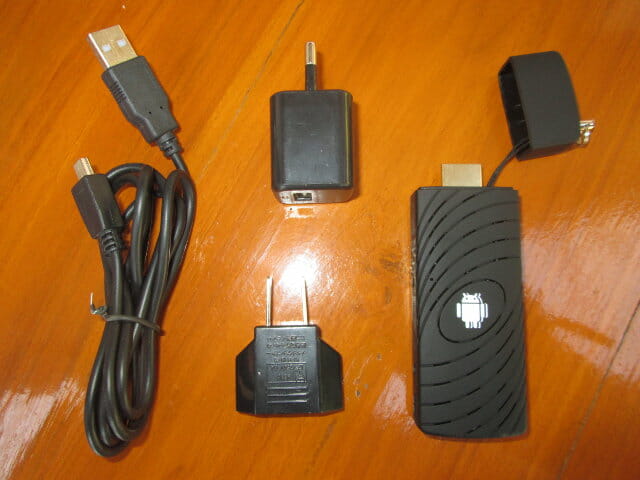 Droid Stick A2 is an HDMI TV Stick based on AMLogic AML8726-MX dual core Cortex A9 processor, and together with HI-802 (aka GK802) mini-PC based on Freescale i.MX6Q, is the most likely platform to get proper Linux support, as AMLogic AML8726-MX source code is somewhat open, and video playback in Linux is supported in the older AML8726-M1 processor (Cf. XBMC Linux in Pivos STB). Kimdecent sent me a sample for evaluation, but as the Android firmware is not really ready for prime-time at this time, I’ll just show some pictures of the device, as well as the user interface, and will review the device once a firmware update is available. Since this is still a sample, I received the device in a white box with the Droid Stick A2, a mini USB to USB cable, a small 5.2V/1A power supply and a plug adapter. There are plenty of ventilation hole […]