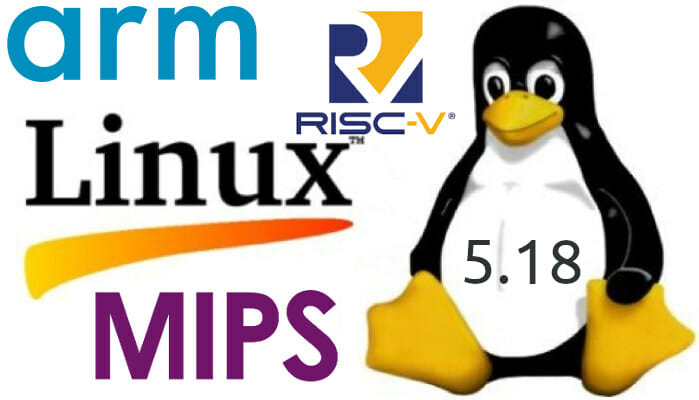 Linux 5.18 is out! Linus Torvalds has just announced the release on lkml: No unexpected nasty surprises this last week, so here we go with the 5.18 release right on schedule. That obviously means that the merge window for 5.19 will open tomorrow, and I already have a few pull requests pending. Thank you everybody. I’d still like people to run boring old plain 5.18 just to check, before we start with the excitement of all the new features for the merge window. The full shortlog for the last week is below, and nothing really odd stands out. The diffstat looks a bit funny – unusually we have parsic architecture patches being a big part of it due to some last-minute cache flushing fixes, but that is probably more indicative of everything else being pretty small. So outside of the parisc fixes, there’s random driver updates (mellanox mlx5 stands out, […] 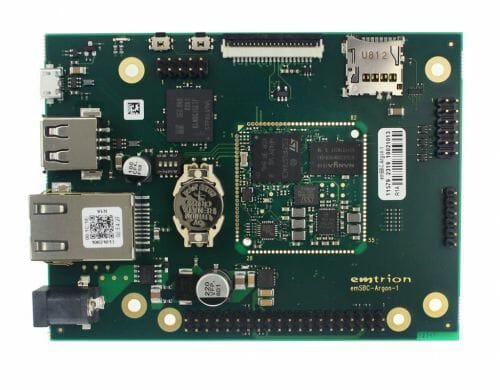 The latest board to use the STM32MP1 dual Cortex-A7 and the Cortex-M4 processor is the Emtrion emSBC-Argon, which adds to SBC’s such as the PanGu Board. The emSBC-Argon, is a powerful yet reasonably priced SBC that is feature-rich and out-of-the-box ready. The low-power needs of the board enable it to run real-time processing. Protocols such as PROFINET, EtherCAT, EtherNet/IP are all available and ready to run real-time processes and communication applications. Key Features: STM32MP157AAC processor from STMicroelectronics Arm Dual Cortex-A7 @ 650MHz – 2470 DMIPS Arm Cortex-M4 @ 200MHz – 250 DMIPS Co-processor: ARM Neon, FPU, and 3D GPU Operating system: Linux or Android Virtualization capable (Jailhouse) Up to 512 MB DDR3L SDRAM 8GByte (up to 64 GB) eMMC Flash Up to 8 MB of QSPI-NOR-Flash 2x FD-CAN 2.0 Dimensions: 104.5 x 77.5 mm The emSBC-Argon is capable of virtualization using Jailhouse, for those real-time functions that require breaking down […] 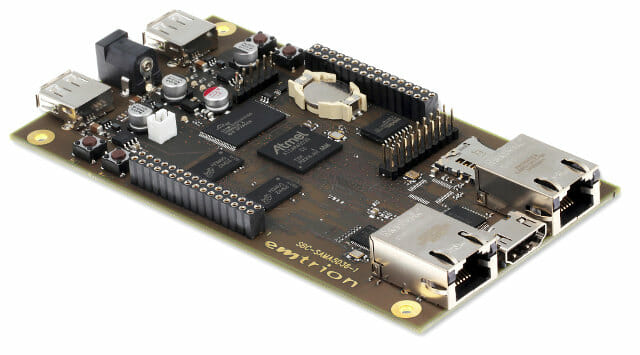 A few months ago, I reviewed Atmel Xplained SAMA5D3 development board powered by SAMA5D36 Cortex A5 processor. The kit is supported by the Yocto Project, so I could build and run Poky distribution with a recent Linux kernel (it support mainline), it features Arduino compatible headers, and I found the board to be a nice platform for headless applications, or applications that require an LCD display. However, if you wanted to connect an HDMI display you’d be out of luck, unless you design your own LCD to HDMI add-on board. Emtrion SBC-SAMA5D36 could be an interesting alternative, as it features very similar specifications, but adds an HDMI output port. Emtrion SBC-SAMA5D36 specifications: MPU – Atmel SAMA5D36 single core Cortex-A5 @  536 MHz System Memory – 256 MB RAM Storage – 512 MB NAND Flash, up to 16 MB NOR Flash, and micro SD Card socket Connectivity – 100Base-TX Ethernet,  10/100/1000Base-TX […] 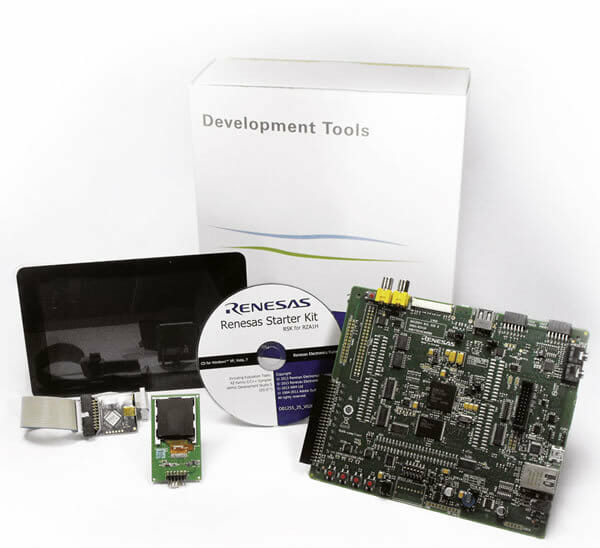 Announced just about a year ago, Renesas RZ/A1 ARM Cortex A9 processor family can be used for human machine interface applications, and has the particularly to embed large amount of SRAM, especially the RZ/A1H series with 10 MB SRAM which allows the development of some applications without external RAM chip, lowering both board size and BoM cost. I’ve just come across a development kit dubbed “RZ/A1H Starter Kit”, and the just released Emtrion DIMM-RZ system-on-module both powered by Renesas RZ/A1H SoC. Renesas RZ/A1H Starter Kit+ (RSK) The development kit includes the mainboard, a 7″ TFT LCD (Optional), a detachable Colour LCD Board Pmod Compatible,a detachable AD Adjustment Shaft, Segger J-LINK Lite debugger, various connection cables, a power supply, a Quick Start Guide, and a DVD-ROM with documentation, ARM DS-5 IDE (with 32K code limit), KPIT GNU compiler for Cortex A9, Segger debugger drivers. and sample code. The mainboard has the […] 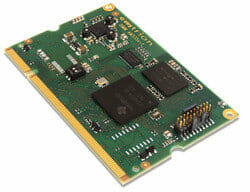 When I cover system-on-modules (SoM), companies will usually provide some BSP (Board Support Packages) for older kernels, and did not submit their changes to mailine kernel, so I was interested in a news from Emtrion entitled “DIMM-AM335x: Linux mainline support ready“, which actually means they’ve done the work to support a recent Linux kernel (3.14) and provides instructions and code (device tree files), but did not submit patches to the linux-arm-kernel mailing list to get their changes added to kernel.org. Let’s look at the hardware specs first: SoC – Texas Instruments Sitara AM335x ARM Cortex A8 processor @ 720Mhz to 1GHz (AM3354 or AM3359) System Memory – onboard 512 MB SDRAM/optional 256 MB Storage – 512 MB NAND Flash (managed) + 2 SD card interfaces Display – LCDs I/F with resolution up to SVGA, with 4-wire touch interface Audio – Analog Audio with SSI I/F USB – USB 2.0 Host […]