Linux 5.18 is out! Linus Torvalds has just announced the release on lkml:

No unexpected nasty surprises this last week, so here we go with the 5.18 release right on schedule.

That obviously means that the merge window for 5.19 will open tomorrow, and I already have a few pull requests pending. Thank you everybody. I’d still like people to run boring old plain 5.18 just to check, before we start with the excitement of all the new features for the merge window.

The full shortlog for the last week is below, and nothing really odd stands out. The diffstat looks a bit funny – unusually we have parsic architecture patches being a big part of it due to some last-minute cache flushing fixes, but that is probably more indicative of everything else being pretty small.

So outside of the parisc fixes, there’s random driver updates (mellanox mlx5 stands out, again likely because everything else is small), some other minor architecture fixes, some core networking, and some tooling stuff. And random small noise. People who really care for the details please just scroll down.. 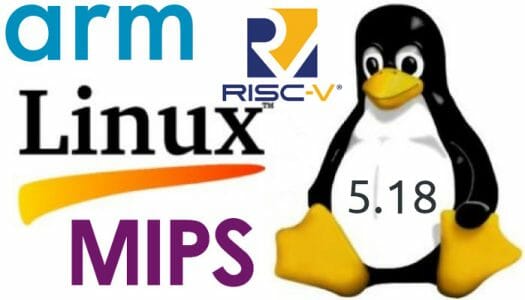 Some highlights of the Linux 5.18 release:

For more details, you can check out the full Linux 5.18 changelog with all commit messages, generated with the command git log v5.17..v5.18-rc8 --stat, or check out a more detailed summary on KernelNewbies website.

Thanks for the detailed summary, Jean-Luc!