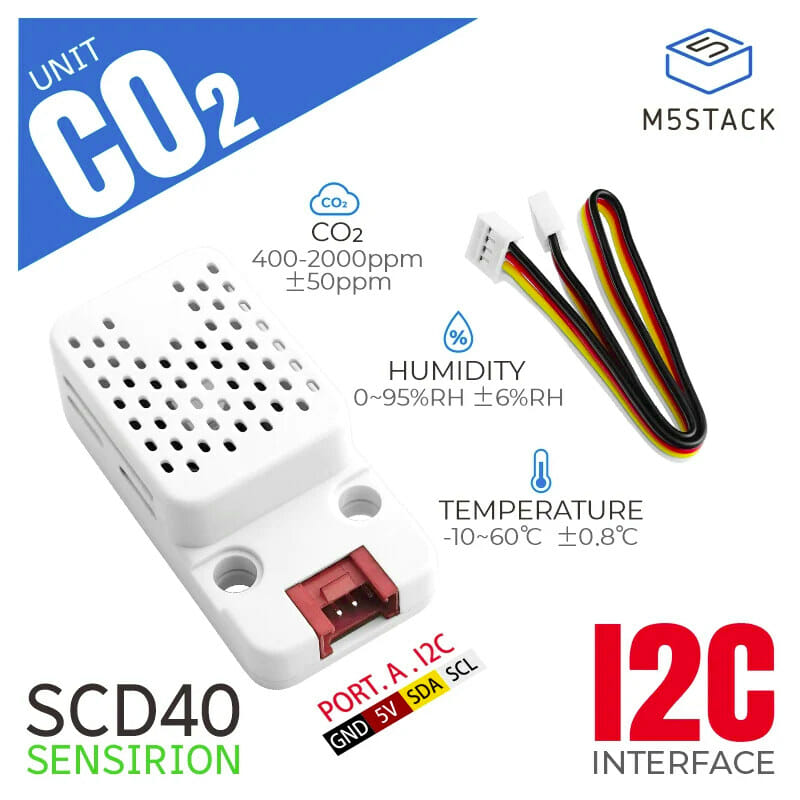 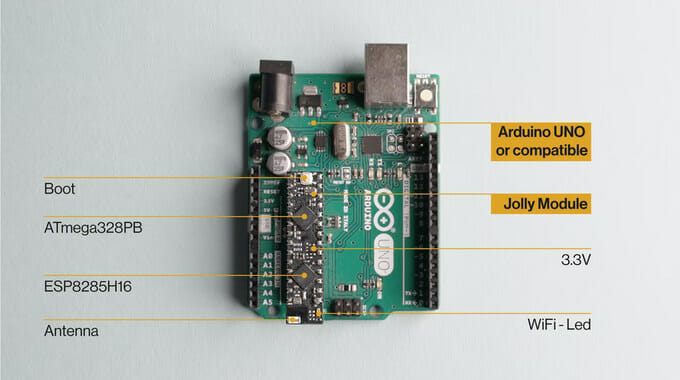 Released over 10 years ago, Arduino UNO is still the best-selling Arduino board, but lacking WiFi in the IoT era is not ideal, so Gianluca Martino, Arduino co-founder and working with the company until 2015, decided to design the Jolly DIP module based on ESP8285 WiFi chip that can replace the ATmega328P 8-bit AVR DIP-40 microcontroller. Since ESP8285 cannot provide all I/Os, notably analog inputs offered by ATmega328P, Gianluca combined it with the ATMega328PB microcontroller in a compact SMD package to offer firmware compatibility plus WiFi connectivity in the same DIP form factor. Jolly module specifications: MCU – Microchip ATMega328PB 8-bit AVR microcontroller with 32 KB ISP Flash, 1 KB EEPROM, 2 KB SRAM (Based on data from the datasheet) Wireless chip – Espressif Systems ESP8285H16 WiFi SoC with 2MB integrated flash plus ceramic antenna Communication interfaces between the two chips – SPI + UART (the latter exclusively for ESP8285 […] 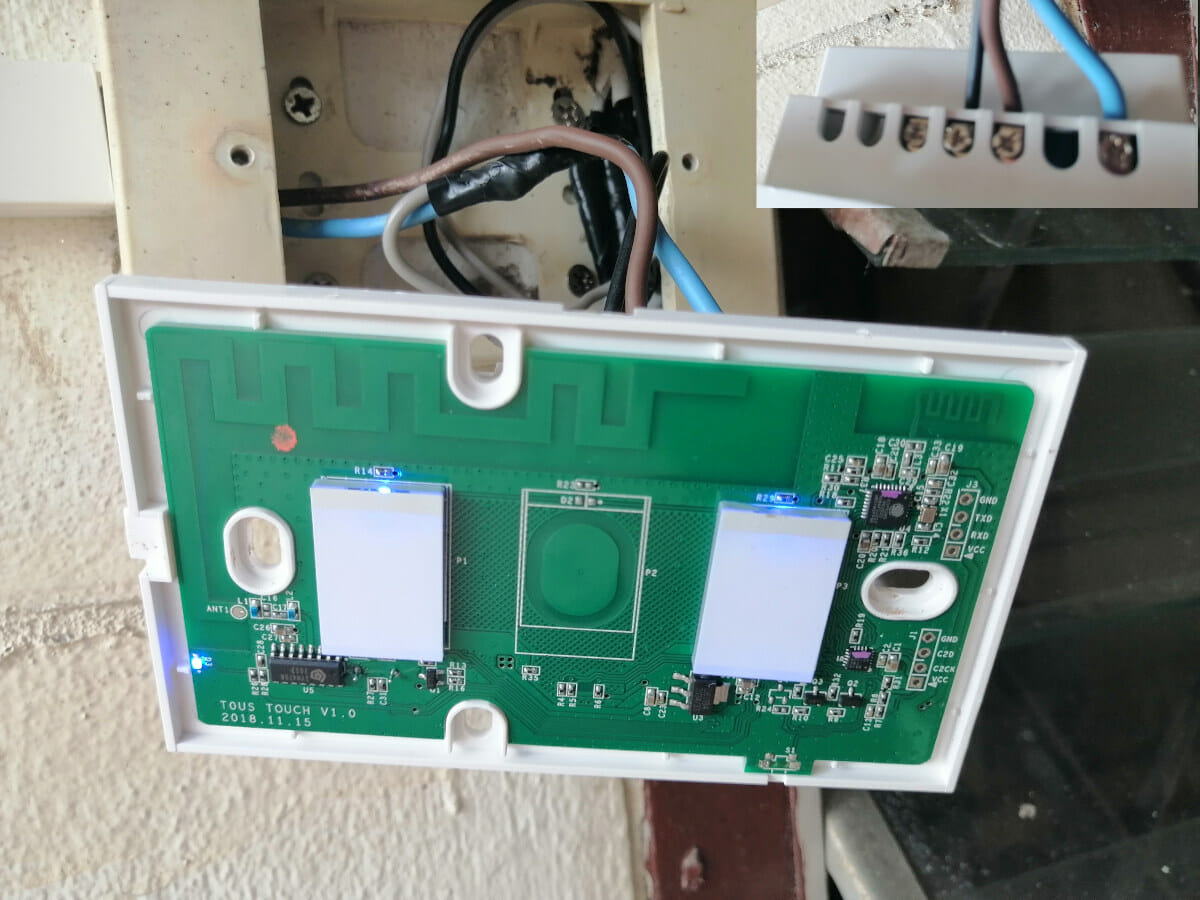 Earlier this month, I received a Sonoff ZBBridge Zigbee gateway, a motion sensor, and a Sonoff T2 wireless switch in order to set up everything to work as a motion activated light using Zigbee and WiFi through the eWelink Android app and cloud service. You can check out the first post to have a closer look at the hardware and accessories. We’ve now had time to configure everything and will report the results of the project in this post. The idea is basically to detect motion with the Zigbee sensor, which then transmits the info through the gateway, and the T2 switch is controlled by the eWelink cloud. Last time around, I thought I had a switch with a neutral wire at home, but I did not check in detail enough, and I’ve been unable to use it. Without suitable switches in my home, it was not practical to rewire […] 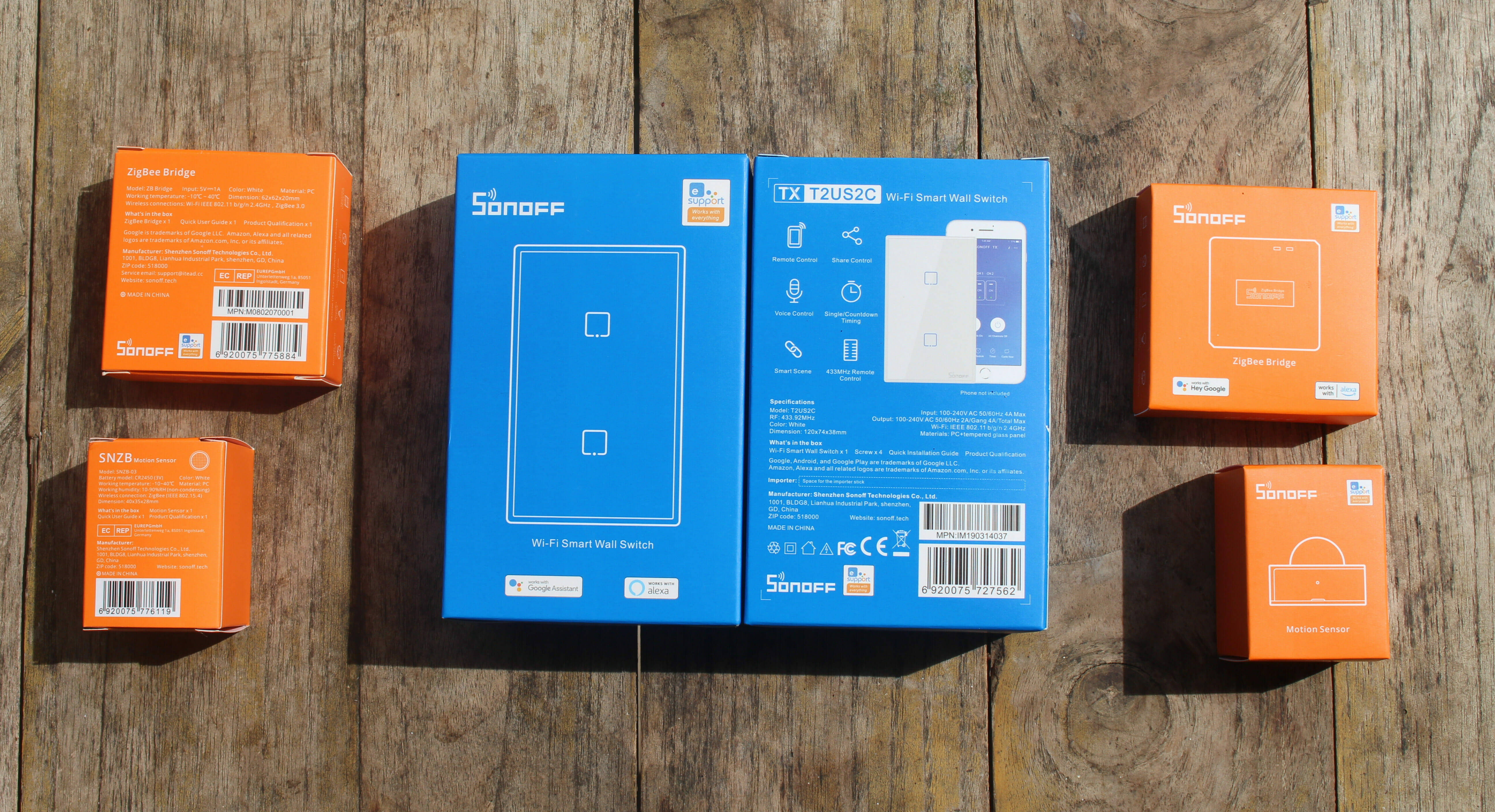 I don’t think I’ve ever used Zigbee, but I’ll soon have the opportunity as ITEAD sent me the Sonoff ZBBridge gateway, a Sonoff T2 2-gang WiFi switch as well as a Zigbee motion sensor. I had reviewed several Sonoff devices in the past, but it had been over three years that I hadn’t. ITEAD recently contacted me basically telling me I could select whatever I wanted from their product list for a review on CNX Software. Since I had reviewed several of the company’s WiFi smart sockets, smart switches, and a light bulb, I had less to play with, and then I thought it might be fun to play with Sonoff Zigbee products. But I did not own any Zigbee hardware, so I had to think about a use case. I have a small annoyance in the house I rent. When we come back at night, we have to leave […] 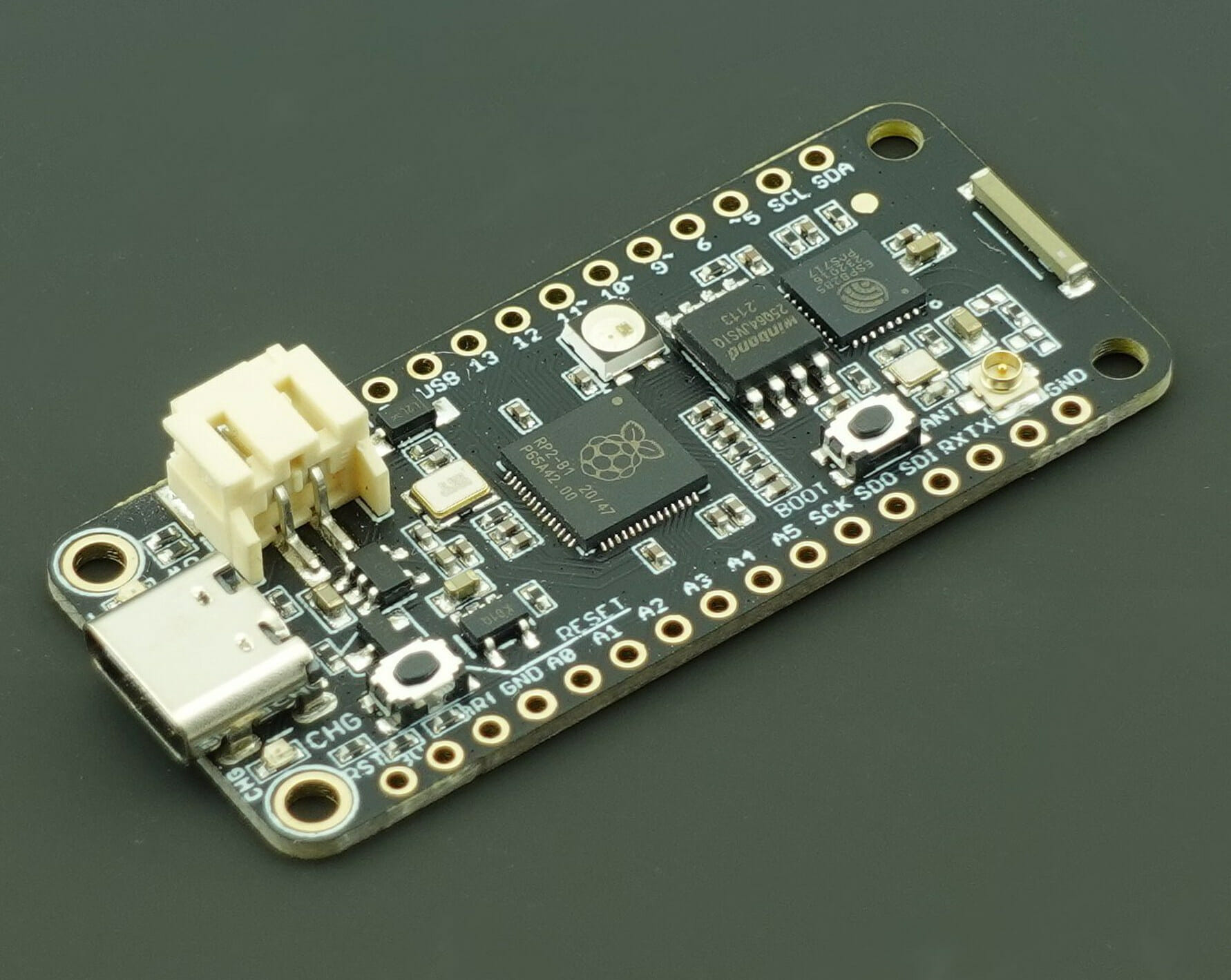 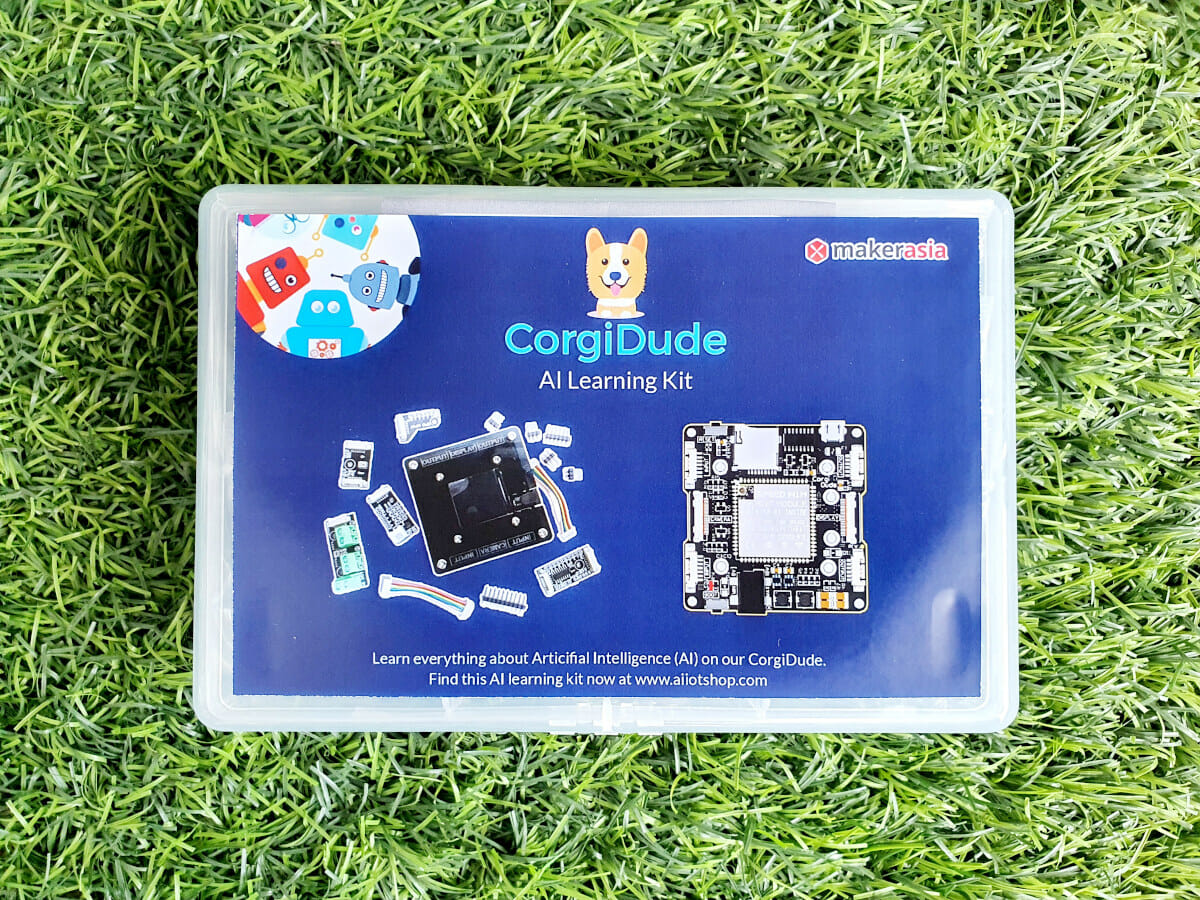 There’s a relatively small but active maker community in Thailand, and we’ve covered or even reviewed some made in Thailand boards including ESP8266 and ESP32 boards, a 3G Raspberry Pi HAT, and KidBright education platform among others. MakerAsia has developed CorgiDude, a board based on the version of Sipeed M1 RISC-V AI module with built-in WiFi, and part as a kit with a camera and a display used to teach machine learning and artificial intelligence with MicroPython or C/C++ programming. CorgiDude board specifications: AI Wireless Module – Sipeed M1W Module with Kendryte K210  dual-core 64-bit RISC-V RV64IMAFDC CPU @ 400Mhz with FPU, various AI accelerators (KPU, FFT accelerator…),  8MiB on-chip SRAM Espressif ESP8285 single-core 2.4 GHz WiFi 4 SoC plus IPEX antenna connector Storage – MicroSD card slot Camera I/F for 2MP OV2640 sensor up to 1280 × 1024 (SXGA) @ 30 fosm SVGA @ 30 fps, or CIF @ […]

Espressif Systems first introduced ESP8285 WiFi SoC in 2016. The chip is similar to ESP8266 WiFi chip but includes 1MB flash making it more suitable for space-constrained applications since an external flash chip is not required. Since the launch, we’ve seen several modules and final products based on the solution including ESP-WROOM-5C and PSF-A85 modules, as well as Sonoff B1 WiFI RGB light bulb. The original chip (ESP8285N08) would work in -40°C to 85°C industrial temperature range, but in their recent newsletter, the company announced plans to launch two new variants in the ESP8285 series with an extended temperature range up to 105°C and different flash capacities: ESP8285H16 with 2 MB flash, -40°C to +105°C operating temperature range ESP8285H08 with a 1 MB flash, -40°C to +105°C operating temperature range ESP8285H16 is slated to launch at the end of August 2019, and the company plans to provide more details next month, […]