About 10 days ago, I wrote a post about the impact of the coronavirus on manufacturing and shipping from China. At the time, we knew the Chinese New Year “holiday” was extended until February 10 in order for the authorities to contain the outbreak. That meant manufacturing would be impacted, and not much will ship from China during that time period. At the time, we were also told packages shipped from China were safe as it took several days and the virus would just die off on the way. But there have been some updates since then. First, a new study shows the coronavirus may stay alive on surfaces like metal, glass or plastic for up to 9 days at room temperature. So I’m not sure what that means for packages sent via courier services like FedEx or DHL. The previous link offers some solutions: … but can be efficiently inactivated by surface disinfection procedures with 62-71% ethanol, 0.5% hydrogen […] 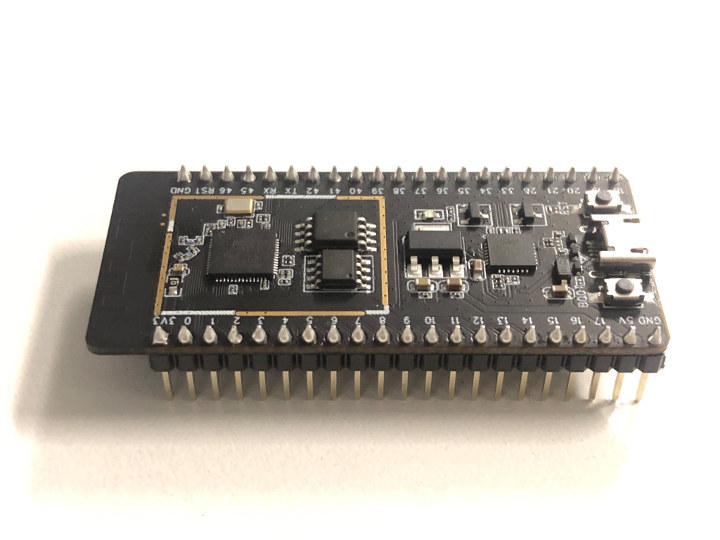 Last may Espressif Systems unveiled ESP32-S2 secure WiFi processor  with a single Xtensa LX7 core clocked at 240 MHz, and the first ESP32 processor to come with a built-in USB (OTG) interface, as well as some new features such as WiFi Time-of-Flight (ToF), hardware security, LCD RGB & camera interfaces,  and more. Note that contrary to other ESP32 processors launched so far, ESP32-S2 does not support Bluetooth. ESP32-S2 Datasheet The processor is still not available, but there has been some interesting development in recent weeks. First the datasheet (PDF) has been released, so we’ve got to check more technical details including the processor diagram below. The main specifications have not changed, so I won’t reproduce them here, and you can check out ESP32-S2 announcement for specs. ESP32-S2 Development Boards The first ESP32-S2 development boards are also available… in Espressif Systems’ offices that is, but not quite publicly. The board above is based on ESP32-S2 processor with a 56-pin package, and […]

Espressif Systems first introduced ESP8285 WiFi SoC in 2016. The chip is similar to ESP8266 WiFi chip but includes 1MB flash making it more suitable for space-constrained applications since an external flash chip is not required. Since the launch, we’ve seen several modules and final products based on the solution including ESP-WROOM-5C and PSF-A85 modules, as well as Sonoff B1 WiFI RGB light bulb. The original chip (ESP8285N08) would work in -40°C to 85°C industrial temperature range, but in their recent newsletter, the company announced plans to launch two new variants in the ESP8285 series with an extended temperature range up to 105°C and different flash capacities: ESP8285H16 with 2 MB flash, -40°C to +105°C operating temperature range ESP8285H08 with a 1 MB flash, -40°C to +105°C operating temperature range ESP8285H16 is slated to launch at the end of August 2019, and the company plans to provide more details next month, but I could already see both variants mentioned in the […]

Espressif Systems is widely popular community thanks to their low-cost ESP8266 and ESP32 WiFi & Bluetooth SoC, modules, and development kit as well as their extensive software ecosystem, and community support. If you wonder how they did outside of the maker sphere, you don’t need to worry, as the company founded in 2008 is already profitable ($23 US million profit in 2018), and even launched an IPO on the new STAR market for science and technology sectors on the Shanghai stock market that was completed on July 9 and oversubscribed around 2,880 times. A bank source informed me the IPO was only available to local Chinese people, and the IPO price was set to 62.60 CNY ($9.1). Listing started this Monday (July 22, 2019), and the stock has done extremely well with the price having reached 161.54 CNY at the time of writing. For reference, the stock code is 688018, but it can be challenging to buy if you live […] 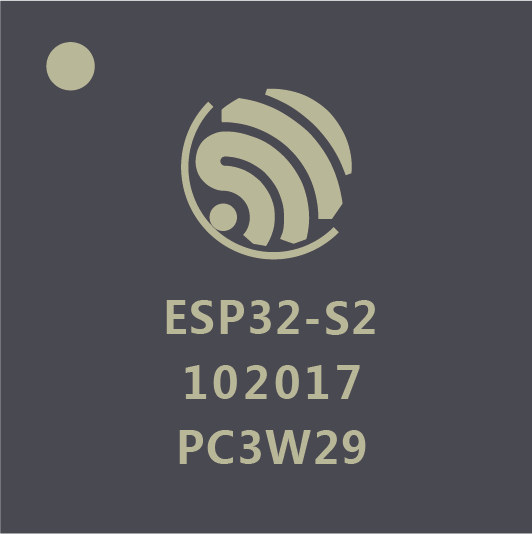 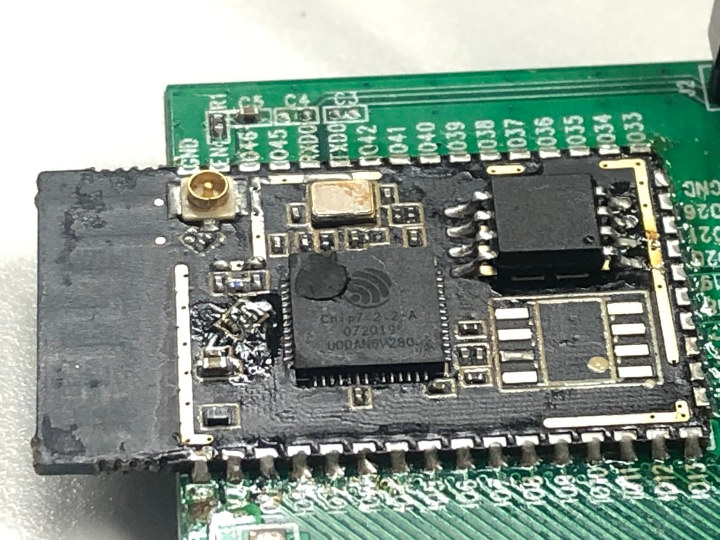 Espressif Systems has not released any new chips since the launch of ESP32 WiFi & Bluetooth SoC in 2016. But it looks like an new chip may be right around the corner, as John Lee from Espressif Systems teased us with a photo featuring a module equipped with “Chip 7” that should be released “soonish”. We really don’t know much about the chip except it comes in a 56-pin QFN package (4x 14 pins), and it won’t most likely be named Chip 7 once it is released. One Twitter user left a comment mentioning that it “looks like a bodged RF Filter. 5GHz mod?”. This reminded me of the potential ESP32-D0CD / ESP32-D2CD processors with dual band (2.4 + 5 GHz) WiFi. When I say “potential” it simply refer to the fact that ESP32 nomenclature has a “CD” connectivity option for WiFi ac/c/b/g/n and Bluetooth dual mode. But Espressif never officially announced anything about ESP32-D0CD yet, and ESP32 chips are […] 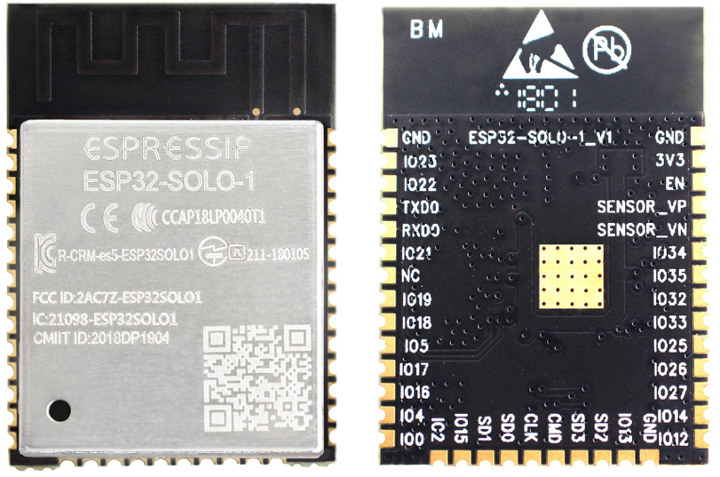