I first heard about Android rear view mirrors back in 2012 with a solution designed by Huawei running Android 2.3. But this morning, DealExtreme listed three Android rear view mirrors, with model names like EL-H100, EL-H200, and EL-H800 selling between $120 to $216 depending on the features. The mirrors feature 4.3″ to 5″ displays, and all come with dual camera support, run Android 4.0, and seem powered by AllWinner A10 or A13 ARM Cortex A8 processor, with the most expensive (EL-H800) also supporting Bluetooth and GPS. One model also support IR night vision (EL-H100). Features and specifications for EL-H800 model are listed as follows: SoC – AllWinner A13 ARM Cortex A8 @ 1.2GHz with Mali-400 GPU System Memory – 512MB DDR3 Storage – 8GB flash and micro SD slot up to 32GB Display – 5″ TFT Touch Screen, 800×480 resolution Connectivity – Wi-Fi and Bluetooth earphone support, FM radio Video […]

Samsung Maestros Academy has introduced a Smart Bike prototype integrating various “smart” components within its aluminum frame, such as an Arduino board connected to a Wi-Fi + Bluetooth module, a battery, four laser projectors, and a digital camera controlled by a Samsung smartphone. The camera is fitted at the back just under the seat, and allows the riders to have a real-time rear view image on the phone. The four lasers are used to create a virtual bike lane in case a real one is missing, and remind other drivers to keep a safe distance to your bicycle. The bike can also detect ambient conditions using the smartphone sensors, and modify its behavior. For example, it can switch on or off the laser beams depending on the brightness sensor data from the smartphone. Each bike also tracks daily routes of the riders using GPS, and can let local authorities know where bicycle traffic is most intense, and […] 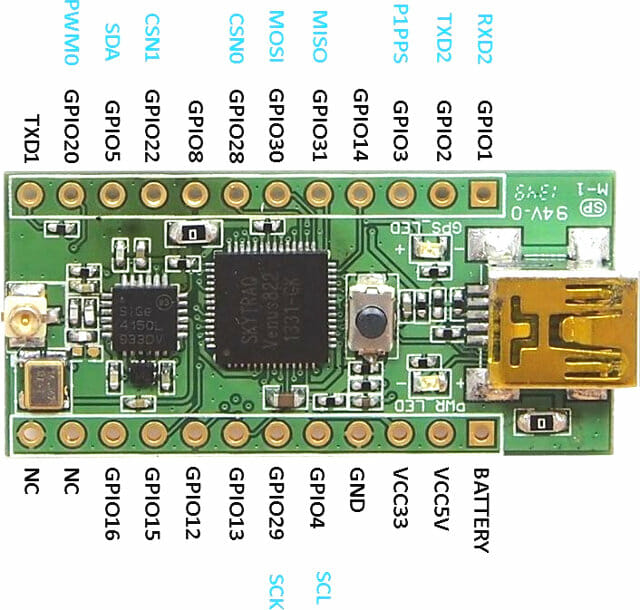 I’ve received ThL W200, a smartphone powered by Mediatek MT6589T SoC, at the beginning of week (Check specs and unboxing pictures), and after about a week of use, it’s time for a review. First I’ll go through my first impressions, test of different features such as the camera, GPS, and Bluetooth, and finally run some apps to get system information and benchmarks for this phone. ThL W200 Review This smartphone feels very light, but the build quality is good, and as explained in my unboxing post, comes with power, volume -/+, and menu/home/back buttons. You’ll also find rear camera + flash, front camera, the light sensor, and the notification light. First impressions The phone boots to the standard Android home screen, as shown above, with English as the default language, and comes with Google Play Store, and no Chinese apps. The 720p screen provide a sharp and clear display, and […] I’ve recently purchased ThL W200, an Android 4.2 smartphone powered by Mediatek MT6589T quad core processor, and I’m trying to test a few things including GPS. I’ve enabled access to my location, GPS, and Google’s location service using Wi-Fi and mobile network. In Google Maps, I could get a somewhat accurate position thanks to mobile network location, but it was clear it could not lock GPS. I’ve also tried Nike+ Running, an application that keeps track of your running sessions with GPS, gives you some audio feedback as you run (distance, time and speed), and compares your performance to the average, and your social network friends. When I wanted to start running, the app complained about weak GPS signal, and tried to lock GPS for about 10 minutes, until I decided to give up. So I tried to find a solution, and Google pointed me to an article on Gizchina […] Yesterday, Texas Instruments unveiled the SimpleLink GPS CC4000, a GPS self-contained module that can be interfaced with any MCU or MPU having a UART interface.  Due to limited resources of microcontrollers, several GPS features have been implemented in hardware such as the push-to-fix function which can simply be controlled by the MCU via a GPIO to receive National Marena Electronics Association (NMEA) strings containing location, time and velocity information. TI Simplelink GPS CC4000 enables GPS-based applications such as asset tracking, industrial M2M, sports and fitness, and precision timing. It can deliver better than 2.5 meter accuracy and provides pulse-per-second output functions to provide precise location and timing data. It can also automatically reuse previously decoded satellite information thanks to its “watchful-eye” feature in order to deliver fast time to first fix (TTFF) and optimize power consumption. Here are SimpleLink GPS CC4000 key features: Driverless, fully integrated GPS solution which requires […]