Kankun KK-SP3 used to be the cheapest smart socket on the market at around $20, and it is hackable too, but only available with a Chinese / Australian plug, and for some reasons, many sellers stopped selling the device. Last year, a similar product called Orvibo Wiwo S20 launched with US, UK, EU or AU plug types, but sold for nearly twice as much as KK-SP3 at the time. The good news is that the price has gone down considerably, as it can be purchased for around $16 on GearBest, and it’s available on others for $20 to $26 including on Amazon US, DealExtreme, and GeekBuying. Let’s remind us of the specifications first: Material – ABC 94V-0 (fireproof) Wi-Fi 802.11 b/g/n Security – WEP, WPA-PSK or WPA2-PSK Power Plug – US, Europe, United Kingdom or Australia plug Output Current – 10A Output Power – 2000W max. Voltage Range – 100-240V […]

I’ve previously covered several Chinese Wi-Fi smart sockets including Broadlink SP2 also supporting power monitoring, and Kankun KK-SP3, a cheaper, more basic version that can only be turned on and off manually or via timers, and which runs OpenWRT. These plugs have one thing in common: they only come with Australian/Chinese plugs, so if you want to use them in Europe, the US, or United Kingdom, you’ll need an adapter, which may not the the safest things to do, and it’s also inconvenient. Orvibo Wiwo S20 is another model that appears to have the capabilities and a price similar to Broadlink SP2, but available in four flavors with US, EU, UK, and AU plug types. Orvibo Wiwo S20 is made of fireproof ABS, and is significantly smaller than Broadlink SP2, but the rest of the specifications are very similar: Material – ABC 94V-0 (fireproof) Wi-Fi 802.11 b/g/n Security – WEP, […] 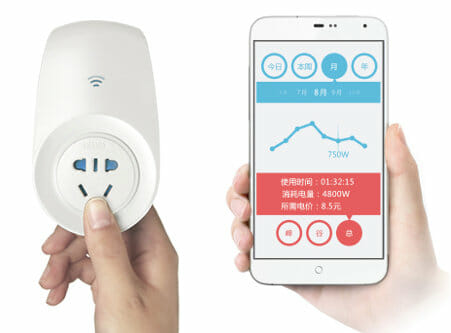 Broadlink SP1, a low cost Wi-Fi smart socket released last year,  allows you to control your electric appliance with your mobile device running iOS or Android. You could turn it on or off, set timers, and so on. An updated model is now available, Broadlink SP2, that adds energy monitoring to the features found in the previous model, to track your historic and live power consumption on your smartphone or tablet, as well as a motion sensor to automatically turn off the lights, for instance, if you are away (Auto Home / Auto Away feature). The hardware specifications are very similar to SP1 except it’s using a case made of polycarbonate plastic instead of ABS, and the device is a bit bigger: Material – PC Wi-Fi – 802.11 b/g/n Power Plug – Three flat-pin plug (Australia type) Voltage – 100~265V @ 50-60 Hz Output Current – 10A Output Power – […]

There has been many home automation and Internet of things projects featured on crowdfunding sites this year, and IoT products such as smartwatches, fitness bands, smart sockets, connected lights… have started to take off. Archos plans to leverage this trend with their Connect Objects offerings divided in two parts: Connected Home and Connected Self. Archos Connected Home Archos Smart Home is a system that let you monitor and control your home via your smartphone or tablet using the company’s Smart Home App and Connected Objects. The set will come with a 7″ tablet, a mini cam, a USB data cable and documentation. It’s not clear right now if others objects: motion ball, weather tag, movement tag, and smartplug, will be part of the set or need to be purchased separately. Key features of Smart Home Tablet: SoC – Rockchip RK3168 dual core Cortex A9 processor with Mali-400MP4. System Memory – […]

Broadlink SP1 is a smart socket with Wi-Fi connectivity that you can control remotely with your Android or iOS mobile device through a specific app in order to turn on and off lights, water heater, and other electrical appliances. This type of product already exists for example with Belkin Wemo, but Broadlink SP1 is cheaper as it sells for $32.90 including shipping, against $49.99 + shipping for Belkin Wemo Switch. So let’s have a closer look. For this type of device there aren’t that many technical specifications, but they are very important as you need to make sure it matches your electrical grid specs, equipment power rating, and socket type: Material – ABS Power Plug – Three flat-pin plug (Australia type) Voltage – 90~245V @ 50-60 Hz Output Current – 10A Output Power – 2200W Dimensions – 8.9 cm x 7.7 cm x 5.8 cm Temperature Range – -10’C to […] 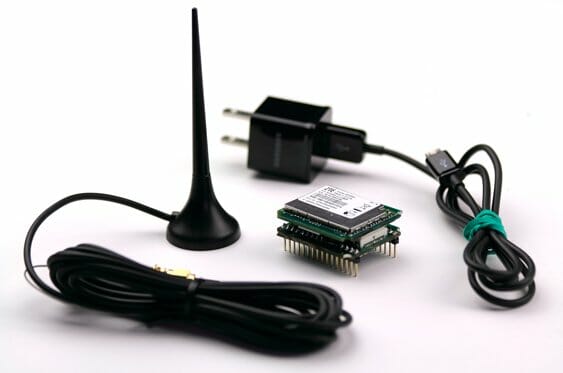 There are several ways to add wireless connectivity to your sensors, relays, motors, or other devices. Bluetooth, Zigbee and Wi-Fi can all do a good job for short ranges, and the Weigthless standard will eventually provide ranges up to 10km with ultra low power on free spectrum, but it is not available right now, and a good way to achieve longer ranges is to use cellular networks. SparqEE has designed a development kit called CELLv1.0 to add GSM and 3G connectivity to the Internet of things, including (optional) shields for Arduino and Raspberry Pi boards. Here are some technical specifications for the kit: Cellular Networks – WCDMA/HSDPA 2100/1900/900MHz, GSM/GPRS/EDGE 850/900/1800/1900MHz, 384Kbps, DL3.6Mbps HSDPA via ZTE modem Protocols – Data (TCP/UDP), SMS ready Serial interface – Serial (UART, From Cellular Board is 1.8V, From Jumper board is any voltage (ex. 3.3V, 5V)) USB – (power, USART, and modem) Input Voltage – […] 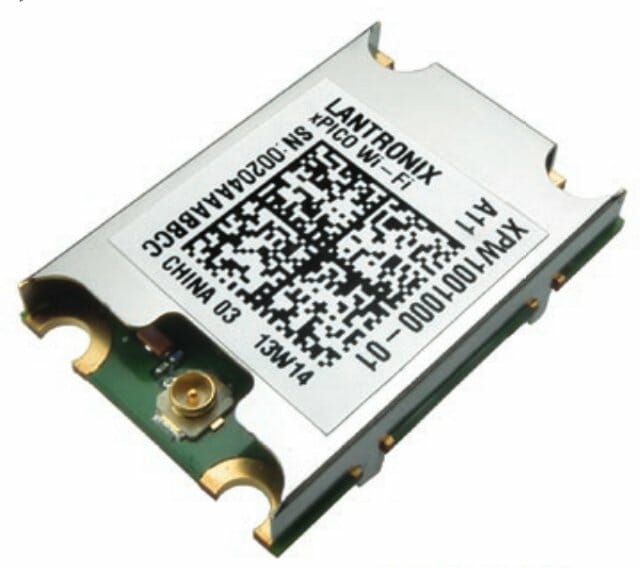