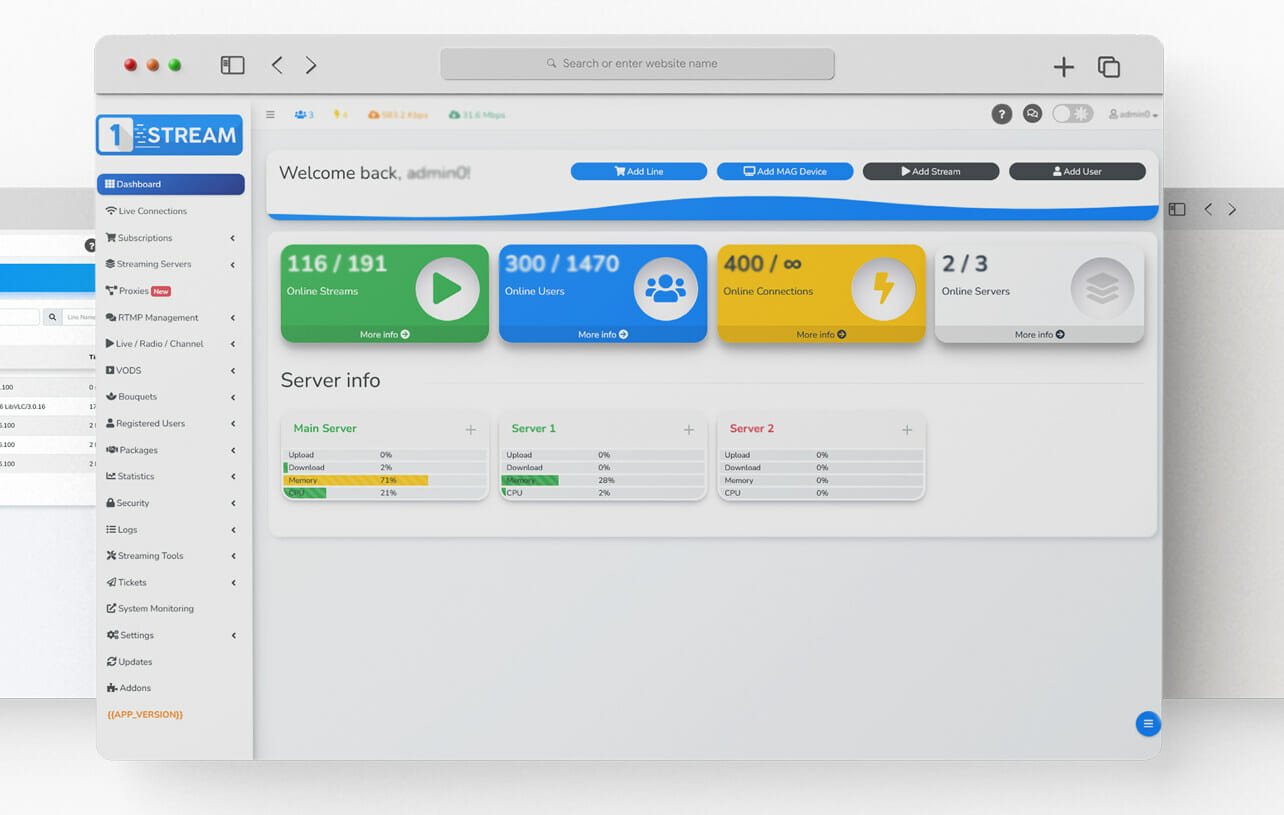 1-Stream is an IPTV streaming platform with smart load balancing that allows providers to scale their service and integrates geo-location to ensure content delivery from the closest available server for quicker load times and less buffering. One popular professional IPTV platform used to be Xteam Codes for which I wrote a detailed four-part review but they started having trouble on September 18, 2019 with Xtream Codes IPTV Panels having a legal dispute related due to piracy, despite not providing any streams, and it seems they may never come back online, as their latest update contesting the claims date from January 2021. A lot has happened during these two and a half years in the IPTV scene with many alternatives, most of them with another similar name but based on almost the same old, PHP-based vulnerable platform found in the former Xtream Codes Panel version 2.9.3, which could never provide good […] 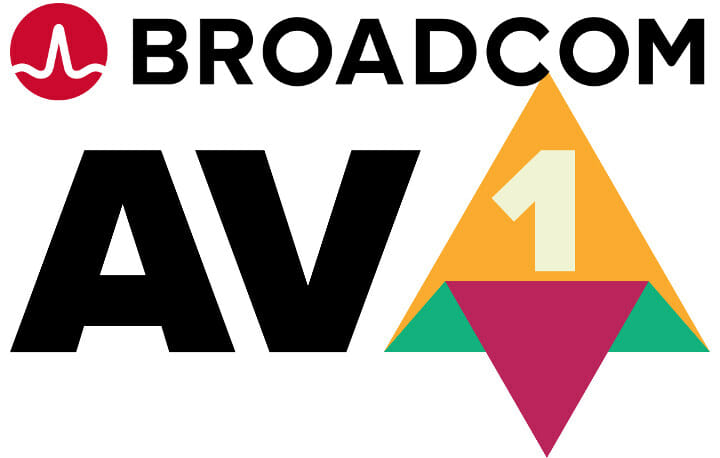 CNX Software first covered AV1 open-source, royalty-free video codec aiming to compete against H.265 and succeed VP9 in 2016. I also tried the reference implementation and both encoding and decoding were really slow at that time and an AMD FX8350 powered computer would only achieve 0.36 fps encoding on a 352 x 288 video, while decoding was much faster at over 1,000 fps. This was really early work, and the final AV1 specifications were only released in March 2018, before companies like YouTube and Netflix started to publish AV1 video samples, and now I’ve noticed the former is sometimes streaming videos using AV1 codec on desktop computers and laptops. This still relies on software decoding, and most Arm platforms and entry-level level Intel computer may not be able to handle AV1 decoding, so hardware decoding will eventually be required, especially on battery-operated devices since it will consume much less power. […] 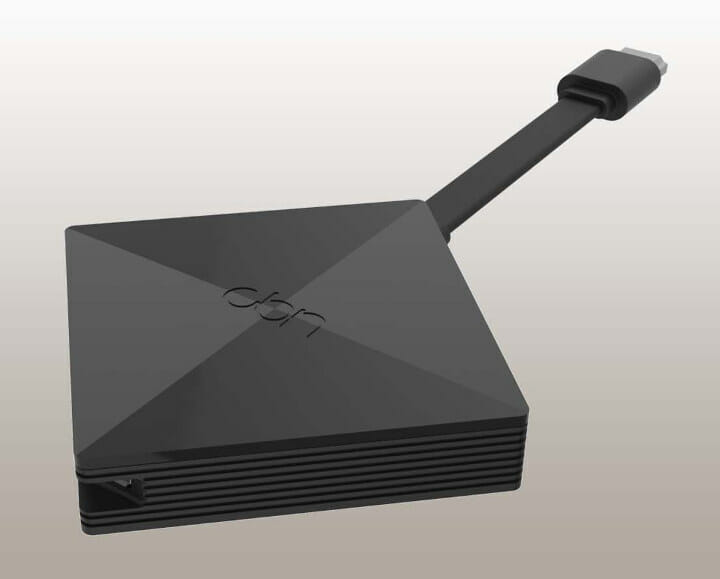 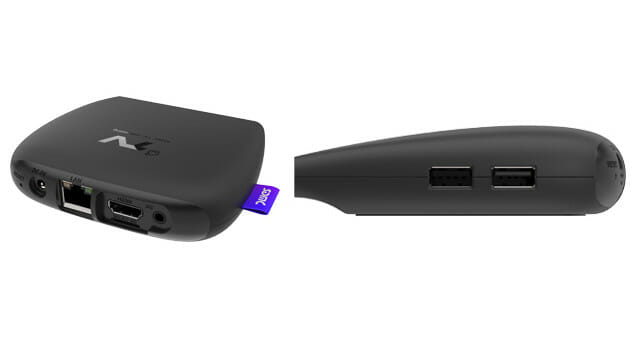 Most new Android TV boxes on the market today support 4K resolution at least up to 30 Hz, but Amlogic decided to target the lower end of the market with S805X quad core Cortex A53 processor that supports VP9, H.265 and H.264 up to 1080p60 only. However, so far I could not find any products based on the new processor, but this has changed this afternoon, as I’ve come across SDMC DV8020 & DV8035 TV boxes powered by Amlogic S805X processor. Both models share most of the same specifications, with the main differences being an extra S/PDIF output, and the enclosure: SoC  Amlogic S805X quad core Arm Cortex-A53 up to 1.2GHz with penta core Mali-450MP GPU up to 650MHz System Memory – 1GB DDR3 Storage – 8GB  eMMC flash (option: 4GB to 64GB), micro SD slot Video Output – HDMI 2.0b up to 1080p60 with CEC & HDR support (HDR10 […] 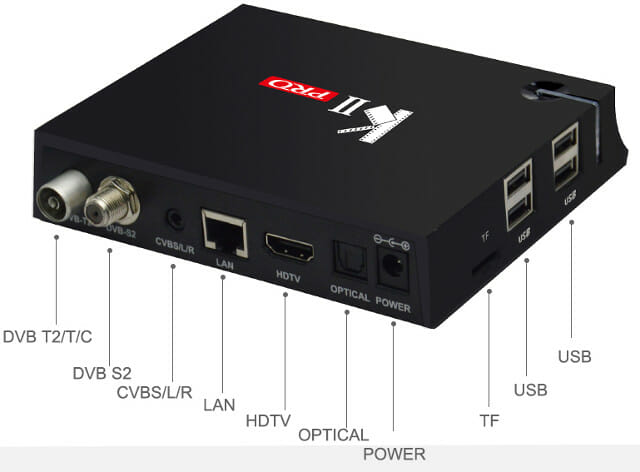 VideoStrong is making some of the most popular – at least on this website – Android set-box boxes with digital TV tuner on the market with products like Mecool KIII Pro, or KI Pro, mostly because of their affordability. Software may be hit or miss depending on your local requirement (e.g. AC3 on DVB-T2, language encoding issues, etc..), so there’s fairly large number of users and some community tools or firmware such as DVB Channel Editor or Vitmos OS that may make them better devices. Most models are based on Amlogic S905 or S912, but Amlogic launched S905D processor some time ago with better tuner support (multiple demodulator support) which for example allowing me to watch terrestrial TV (DVB-T2) while recording satellite TV (DVB-S2) on Sen5 TV box. VideoStrong decided to upgrade their KII Pro Android set-top box  with S905 processor, DVB-T2/T/C and DVB-S2/S tuners to the new Amlogic S905D […] 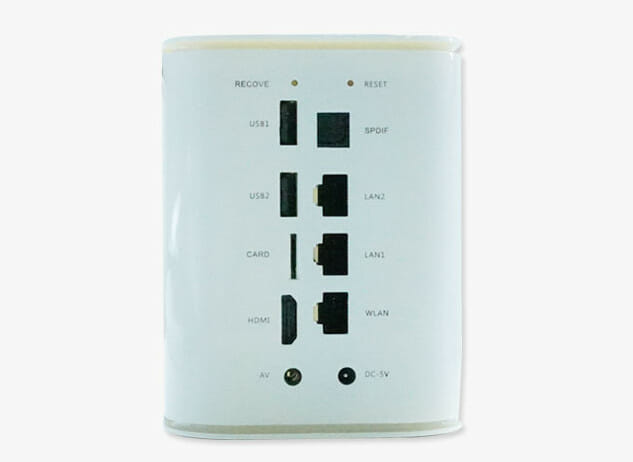 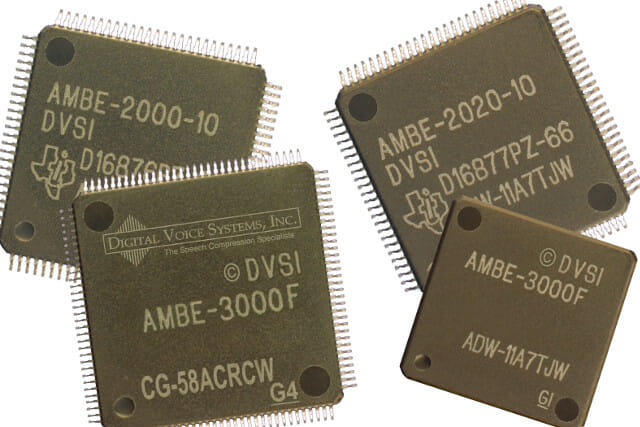 Opus 1.2 open source audio codec was release a few months ago with the ability to deliver low power low high-quality audio bitrate for speech with bitrates as low as  12 Kbps. Digital Voice Systems (DVSI) claims to have gone even lower thanks to their AMBE+2 vocoder (Advanced MultiBand Excitation) providing high-quality speech at data rates from 2.0 to 9.6 kilobytes per second. AMBE+2 vocoder is said to outperform the company’s previous generation AMBE+ Vocoder as well as the G.729 and G.726 vocoders, while operating at only 4.0 Kbps. The vocoder is suitable for mobile radio, secure voice, satellite communication, computer telephony, digital voice and storage applications The solution can be integrated into product either using software licensing, or through Vocoder chips, and the company lists the following key benefits: Maintains speech intelligibility and speaker recognition at rates as low as 2.0 kbps Resistant to background noise and channel bit errors […] 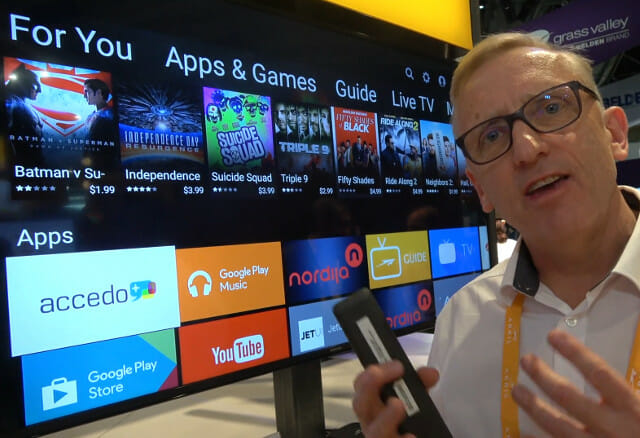 Just last week, we found out there was a fair amount of TV boxes running Android TV with certification from Google, with most of them from PayTV providers or OEMs. Today, I’ve come to better understand what that means thanks to ARMDevices.net interview of ARRIS at IBC2017. I used to think getting a device with official Android TV support would mean getting Google’s Leanback launcher, but there’s more to it, as Google also offers “operator tier” Android TV certifications, which allow manufacturer to use Android TV operating system with their own launcher/user interface, and official support for Google services like Google Play Store, Google Play Music and so on. ARRIS International has a whole family of certified Android TV devices with 4K UHD set-top boxes and DVR systems as shown in the table below, all likely based on Broadcom SoCs. Wi-Fi Set-Tops Wi-Fi Processor DMIPS Type Size Zx4430 2×2 802.11ac […]