CNX Software first covered AV1 open-source, royalty-free video codec aiming to compete against H.265 and succeed VP9 in 2016. I also tried the reference implementation and both encoding and decoding were really slow at that time and an AMD FX8350 powered computer would only achieve 0.36 fps encoding on a 352 x 288 video, while decoding was much faster at over 1,000 fps.

This was really early work, and the final AV1 specifications were only released in March 2018, before companies like YouTube and Netflix started to publish AV1 video samples, and now I’ve noticed the former is sometimes streaming videos using AV1 codec on desktop computers and laptops. This still relies on software decoding, and most Arm platforms and entry-level level Intel computer may not be able to handle AV1 decoding, so hardware decoding will eventually be required, especially on battery-operated devices since it will consume much less power. 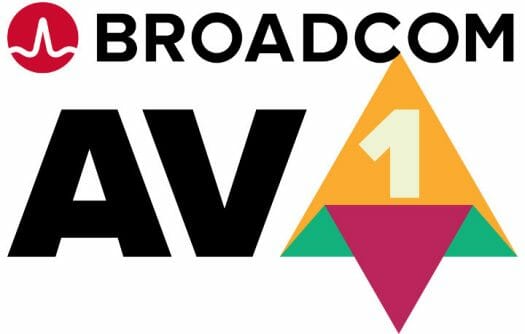 Which brings me to Broadcom BCM7218X, which is the first SoC I’ve seen that claims to support AV1 hardware video decoding, and as a bonus also supports WiFi 6 (802.11ax WiFi). The chips targets satellite, cable, and IPTV set-top boxes.

BCM7218X specifications are still preliminary and incomplete. Here’s what we know so far:

Broadcom BCM7218X STBC SoC is said to be active but with no stock from distributors, which probably means the company has engineering samples which could be used for early development, but mass production may not be quite ready just yet. More details should eventually surface on the product page.

A few stuff I can add. Technicolor, the biggest Android TV OEM (see: https://www.androidtv-guide.com/oem/technicolor ) announced a new STB at IBC. It’s called the Technicolor Jade and it is using this new Broadcom BCM72180. Technicolor has an exclusivity with BCM and only uses their SoC now. If I remember well, it’s an ARM Cortex-A72 architecture, where their actual ‘high end’ for Android TV, the BCM7271 is using a quad-core Cortex A53. Article indeed talks about AV1 and Wi-Fi 6. https://www.ibc.org/consume/technicolor-announces-new-stb/4698.article Also, at IBC you could see some OEM (like Innopia) showing STB with a Realtek SoC (RTD1311 I think) running… Read more »