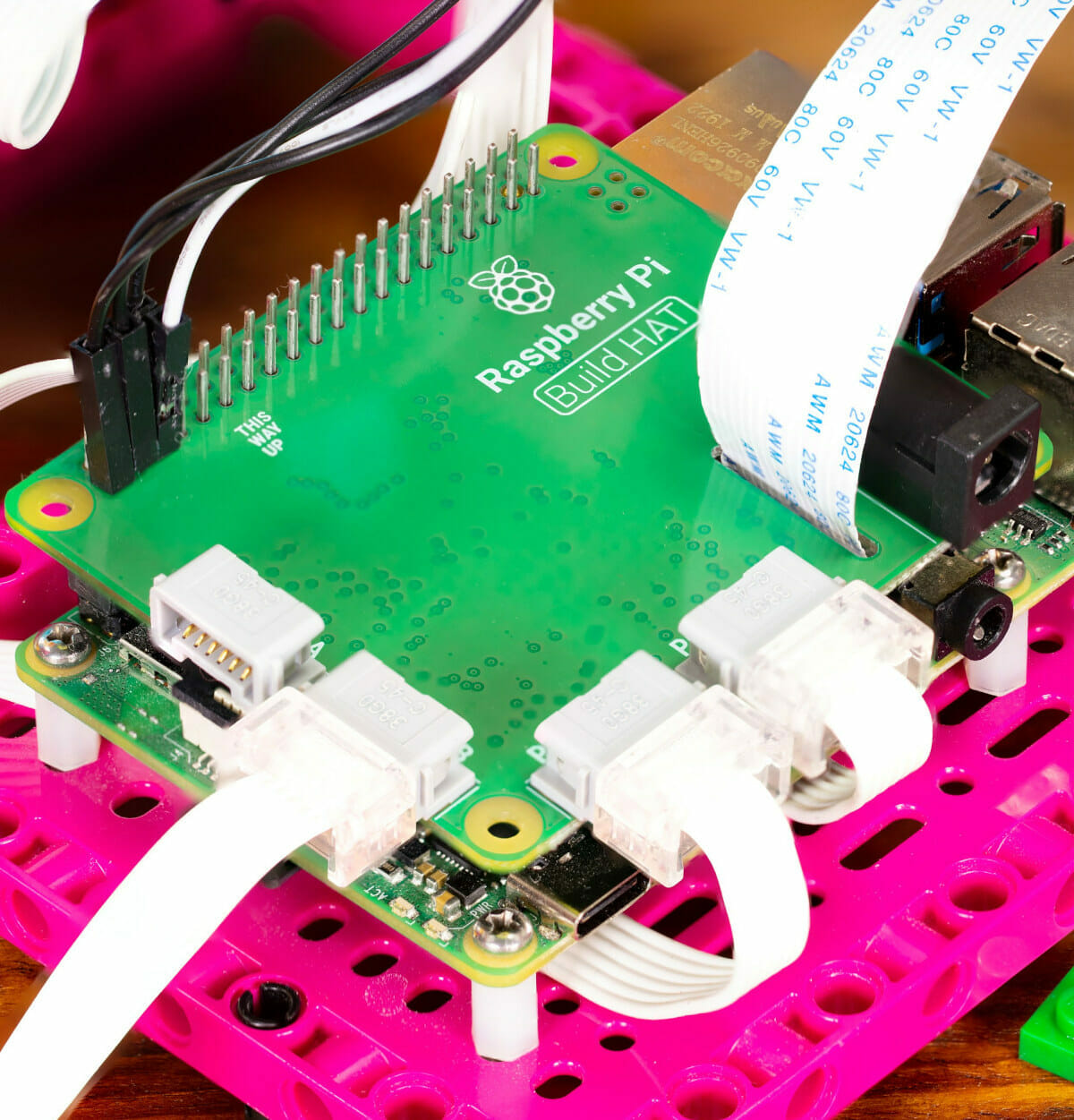 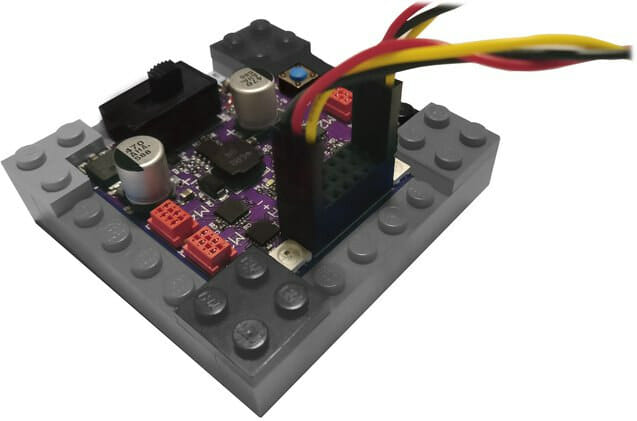 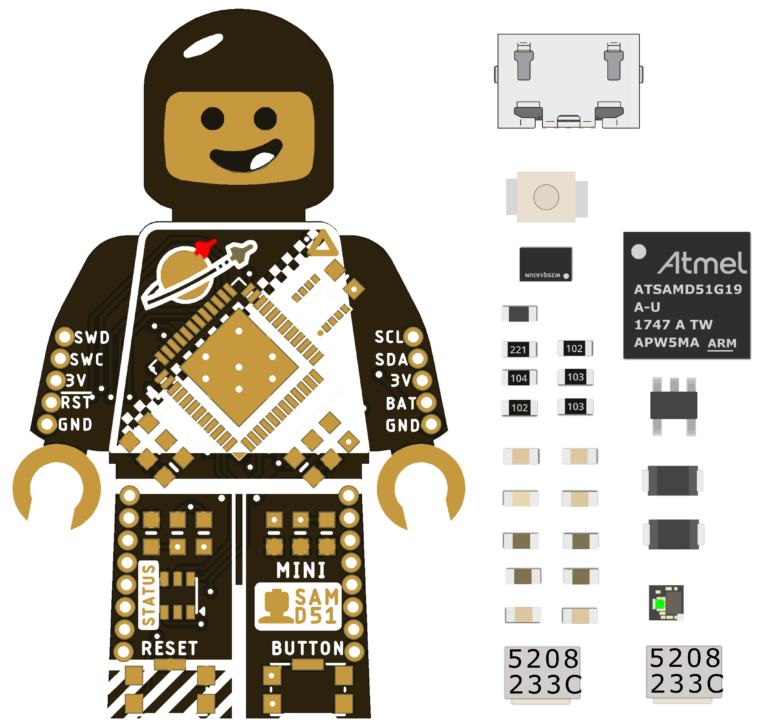 If you are a fan of the Lego movie. Perhaps you have always wanted to use Lego bricks to make something innovative and techy. Then the Mini SAM M4 board is here for you, as it is a LEGO minifigure-sized development board. Additionally, the design and layout of the board is based around the classic 1980’s ‘spaceman’, and is made by Ben Shockley. Although the board is very small, it has a lot of wonderful features. It comes with an analog reference decoupling/filtering capacitors. Also, it has an analog to digital ferrite bead, as well as a debounce circuitry for the reset and user buttons. Furthermore, the board’s software and firmware can be developed using CircuitPython or Arduino. The development board is either based on the Microchip SAMD51G 48-Pin 32-Bit ARM – Cortex M4F MCU (Mini SAM M4), or features the Microchip SAMD21G 48-Pin 32-Bit ARM Cortex -M0+ MCU running […] 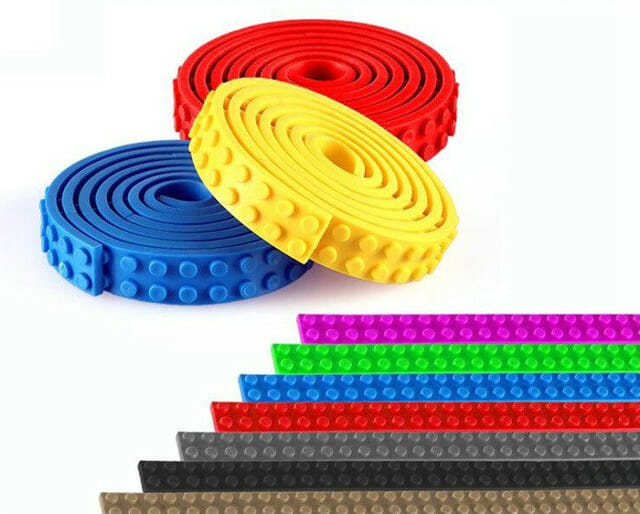 I remember when the Raspberry Pi board first launched, there was no case, and LEGO case designs were popular, and there are certainly various ways you could use LEGO in your projects. But I’ve just discovered LEGO tape that could bring much more flexibility to your design. It’s just like LEGO, but flexible, and with an adhesive flat side, so you can cut it to any size you want, and stick it anywhere. “Back to Realitee” shop sells those for $12.95 for 1 meter tapes. available in various colors. This allows kids to play differently with LEGO by sticking to wall, or making special shapes. If times are stuff, and you’d like to spend less, Aliexpress has similar LEGO tapes, with the cheaper ones without a sticky side, so you’d have to use you own double sided sticky tape. Prices start at $0.89 shipped for 25cm, and $3.79 for 1 […]

Brixo, an Israeli start-up, has designed LEGO compatible blocks – also called Brixo – that conduct electricity, embed sensors, Bluetooth connectivity LED lights, or even motors. You simply use them as any LEGO blocks, but you can control them using light, sound, or your smartphone. There are three type of blocks Connector blocks – Made of chrome and used to connect the trigger blocks to the action blocks. They act like wires. Trigger blocks – They include Bluetooth connectivity, a proximity sensor, a light sensor, or/and  a sound sensor Action blocks – LED lights or motors blocks They also have a smart battery block with Bluetooth LE designed for a 9V rectangular battery. Now get some of your existing LEGO accessories, and start having fun. The demo below shows the battery block on the right, some connector blocks, and various triggers and action blocks. You don’t even need any smartphone […] 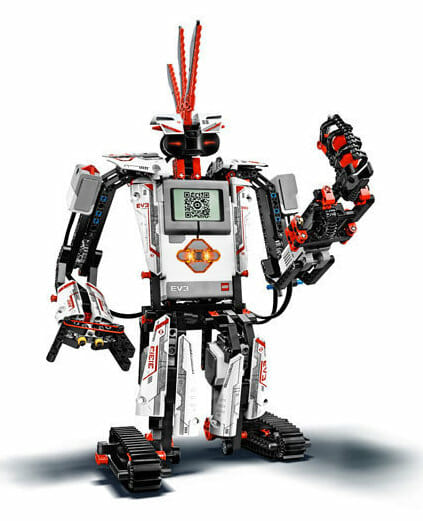 The LEGO Group has announced LEGO MINDSTORMS EV3, a new platform for consumer robotics designed for both younger generation and robotics enthusiasts, at CES 2013. MINDSTORMS system is powered by the new EV3 Intelligent Brick, that comes with more memory (64 MB + 16 MB internal flash memory) and a faster processor (ARM9 @ 300MHz), and runs a Linux-based firmware. EV3 Intelligent Brick also features an infrared port, a 178×128 LCD interface, a USB host port and SD expansion slot, and is now compatible with iOS and Android for remote control via Bluetooth 2.1. Thanks to 6 buttons present on the EV3, users can now program many functions directly, in addition to the ability to download programs from a desktop computer. Lego claims a simple robot can be built in 20 minutes without having to plug it into a PC. Beside EV3 intelligent brick, the set comes with 550 Lego Technic […]

Do you remember the ARM Android Based Rubiks Cube Solver ? Last year it could solve the puzzle in an average of 15 seconds. David Gilday has upgraded its robot with the help of Mike Dobson and named the device CubeStormer II. They released a video showing the CubeStormer II solve the Rubik’s Cube in 5.352 seconds, faster than the human world record (5.66 seconds). The mechanics are constructed entirely from LEGO, including four MINDSTORMS NXT kits, with the addition of a Samsung Galaxy S II smartphone running a custom Android app as the robot’s brain. The app uses the phone’s camera to capture images of each face of the Rubik’s Cube which it processes to determine the scrambled colours. The solution is found using an advanced two-phase algorithm, originally developed for Speedcuber (originally developed by Mike Dobson), enhanced to be multi-threaded to make effective use of the smartphone’s dual-core […] 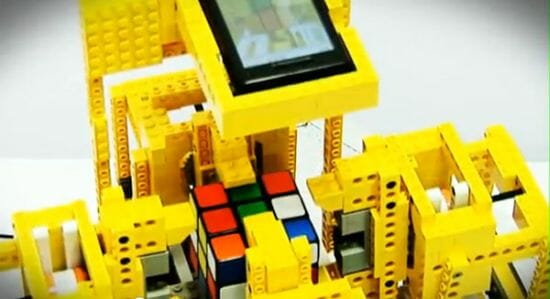 David Gilday – a chip designer at ARM – has got two hobbies: Playing Lego and Rubik’s Cube. He must have been tired to turn the sides of the game manually so he designed a robot to solve the Rubik’s Cube within an average of 15 seconds. So here’s how it works: A Robot built with Legos using 6 motors and an Android phone connected to it. He’s using an ARM11 platform running Android (Looks like a Google Nexus One to me). You mix the Rubik’s Cube, place it in the middle of the robot, then it starts.. the smartphone scans all faces of the Rubik’s Cube (with the back camera of the phone), an algorithm calculates the moves (using a 300MB database), then the robot turns the Rubik’s Cube to solve the puzzle and finishes with a nice spin once the 3D-puzzle is solved. The algorithm is written in […]