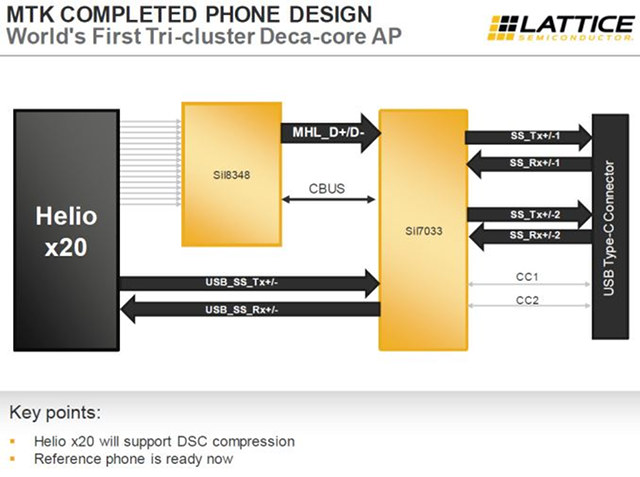 Two standards are competing to bring 4K video output @ 60 Hz and 8K over USB type C connectors: DisplayPort 1.4 and superMHL. Lattice, who purchased Silicon Image last year, and Mediatek have collaborated to provide reference designs supporting superMHL and based on Helio X20 deca-core processor combined with Lattice components. Lattice SiI8348 MHL transmitter would handle 4K 60 fps video and MHL power, while Sil7033 USB type-C port controller would also handle USB 3.1 data transfer up to 10 Gbps, USB-C power delivery (PD), MHL Alt-mode on USB-C. Lattice also leverage their SiI7013 mobile USB Typer-C port controller, SiI9396 mobile superMHL/MHL to HDMI bridge, and other chips to offer accessories such as USB-C to HDMI adapters, MHL cables, USB-C charger, and USB-C dock with multiple USB ports and HDMI output. Anandtech notes that one the main problem with USB type C connector is likely to be the cable, as many of them are not fully compliant and some even dangerous, […] 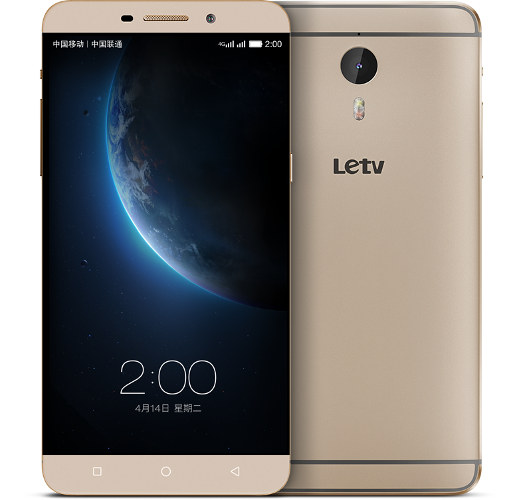 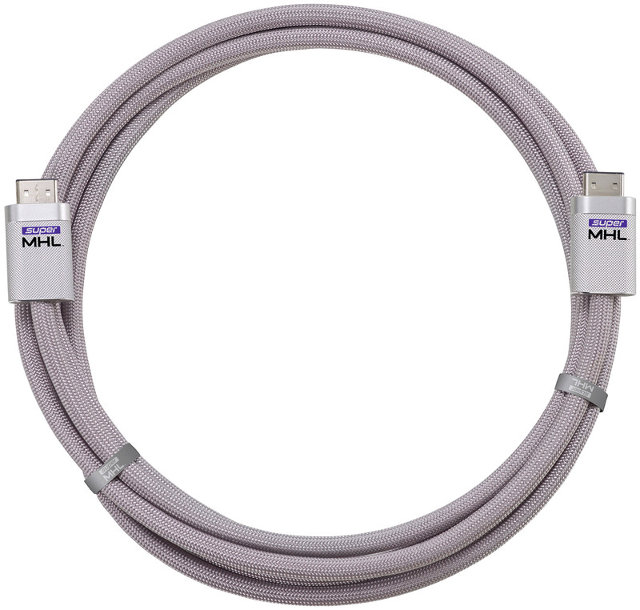 As we all just so happen to play with our 4K television… NOT, the MHL Consortium is already preparing for the future with a new superMHL specifications supporting 8K video up to 120 fps, the ability to charge more powerful devices, new audio format support and more. Key features of superMHL specifications: Delivery of up to 8K 120fps video (4320p  @ 120 Hz) Deep Color support up to 48-bit color depths Wider color gamut to view content the way filmmakers intended High-Dynamic Range (HDR) support to strike the perfect balance of bright spectral highlights along with shadow details Immersive surround sound with support for object audio such as Dolby Atmos, DTS-UHD, 3D audio, and an audio-only mode Advanced connectivity configurations to link multiple MHL devices together (TV, AVR, Blu-ray player) and control them via one remote Power charging up to 40W Content on multiple displays when connecting a single device New reversible superMHL connector New support for the MHL Alt […] 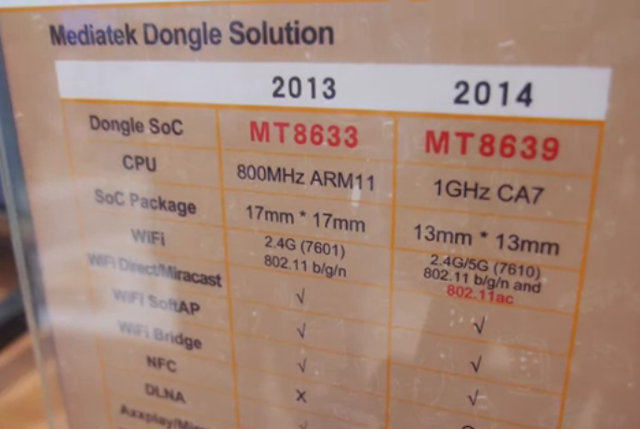 Wi-Fi display technologies such as Miracast and Airplay allow you to conveniently mirror your mobile device on your TV without the needs to connect any cables, and for over about a year we’ve seen Miracast, Airplay, DLNA, and EZcast dongles on the market. In theory, this is all great, but in practice, this is all too often disappointing because of lag, sometimes the video quality is very poor, and sometimes it won’t connect. Mediatek is now working on MT8639 supporting 802.11ac which will hopefully offer a more consistent and enjoyable user experience, if your mobile device also supports 802.11ac. Here are the main features of the chip: ARM Cortex A7 @ 1 GHz Wi-Fi Dual band 2.4Ghz and 5 GHz 802.11 b/g/n/ and 802.11ac Wifi-Direct, Wi-Fi SoftAP, and Wi-Fi Bridge support Optional NFC support Wi-Fi Display – DLNA, Airplay, Miracast, “Windows” mirror Video Output – HDMI 1.4 / MHL 2.0 (Up to 1080p) Power – 2.1 W (against 2.5 W […] 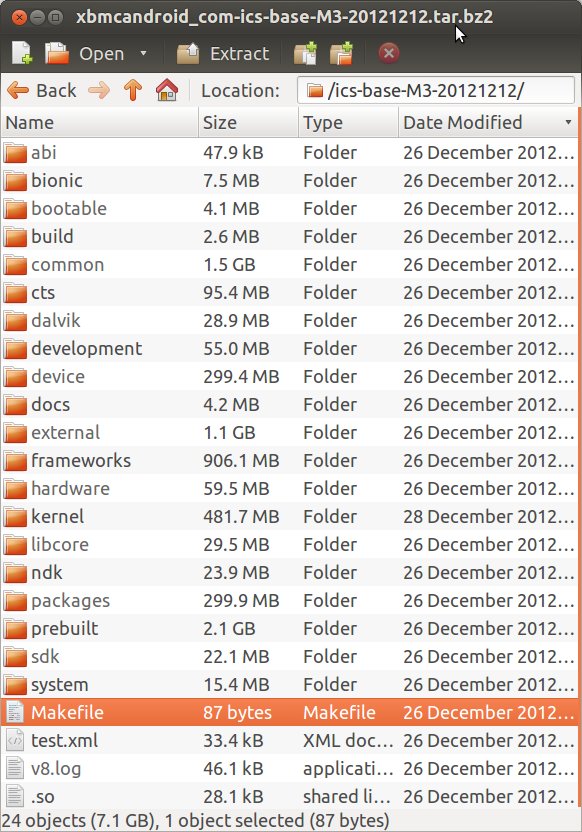 XBMCHUB (not affiliated with XBMC) reports that Geniatech has released the Android and Linux source code for ATV510B, one of Geniatech set-top boxes based on AML8726-M3 Cortex A9 processor. ATV510B is the design used by devices such as Pivos XIOS DS, Jynxbox Android HD, Sumvision Cyclone Nano M3, and MyGica ATV510B Enjoy TV Nano 3, among others. Pivos has made U-boot, Linux and XBMC source code available in github for a little while now, but this new release is a pretty large file (2.39 GB) called xbmcandroid_com-ics-base-M3-20121212.tar.bz2 that includes Android 4.0 source including the kernel and the bootloader. This source code should work with “stvmc” hardware, as found in build.prop’s ro.product.name or ro.product.device keys. I haven’t looked into details, but here’s the content of the root directory of the archive: On a separate note, Geniatech also showed the picture below on their Facebook page, with 2 new Android TV Sticks: one based on AML8726-MX with MHL support called ATV130, and […]

I’ve already written some posts with videos showing the many things you could do with your smartphone thanks to MHL Technology. Christian Qantrell (YouTube User) uploaded a video on YouTube where he connected his smartphone to a monitor with a MHL cable showing how it could be used as a desktop computer. I really like his setup with a Samsung Galaxy Nexus (Android 4.0) smartphone  connected to a monitor with an MHL adapter (Micro-USB to HDMI) and Apple Bluetooth keyboard and (Magic) trackpad. He also mentioned external power, but this should not be needed if his monitor supported MHL. The Apple trackpad makes it very neat as it tracks the finger movements as it would if you used the smartphone touchscreen. He showed web browsing and music playback and said gmail works great. Thanks to the multi-touch trackpad, pinch and zoom also works.  Overall, the user experience feels pretty good. If you are interested in the Apple Magic Trackpad, it […]