As we all just so happen to play with our 4K television… NOT, the MHL Consortium is already preparing for the future with a new superMHL specifications supporting 8K video up to 120 fps, the ability to charge more powerful devices, new audio format support and more. 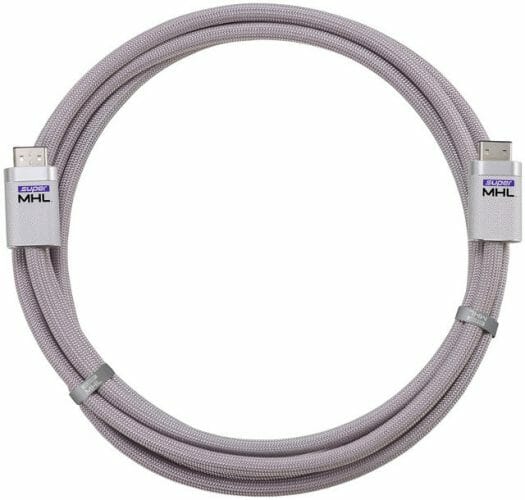 superMHL specifications will be published on mhltech.org at the end of January 2015. The MHL Consostirum is also showcase a 8K TV with superMHL support at CES 2015 in Booth 21466 in the South Hall of the Las Vegas Convention Center.

the MHL Consortium is already preparing for the future with a new superMHL specifications supporting 8K video up to 120 fps.

Great, but what about 4:4:4 YCbCr and uncompressed RGB? That’s the real needed improvement.