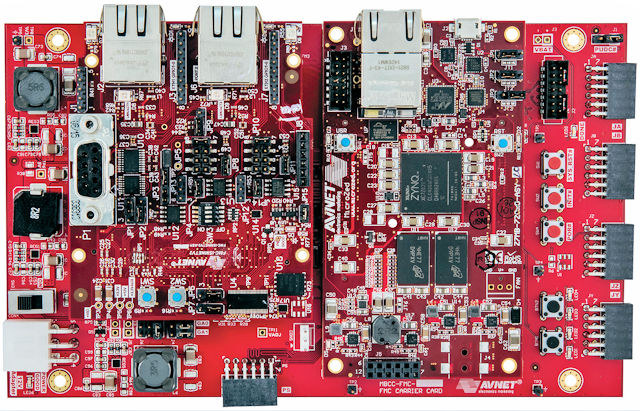 There’s a lot of buzz around IoT, and the industrial sector is also trying to build smarter factories using protocols or standards part of Industry 4.0 or Industrial IoT (IIoT) depending on the country or group you belong too. Avnet has just launched MicroZed Industry 4.0 Ethernet Kit (I4EK) based on Xilinx Zynq-7000 ARM & FPGA SoC to address this market with support for the most common industrial protocols such as EtherCAT, Powerlink, PROFINET RT/IRT, EtherNet/IP, and Modbus-TCP. The “brain” of the development board is MicroZed module powered by Zilinx Zynq-7020 dual core Cortex A9 processor with FPGA fabric, and coupled with 1GB RAM, 128 MB SQPI flash, a Gigabit Ethernet port, and various I/Os. The module is connected to MicroZed FMC Carrier board with the following features: 2x 100-pin board-to-board MicroHeaders Xilinx PC4 header for download/debug – Accesses PL JTAG 5x Digilent Pmod compatible interfaces 39 user I/O 1x Pmod header connected to PS MIO 2x Pmod headers support […] 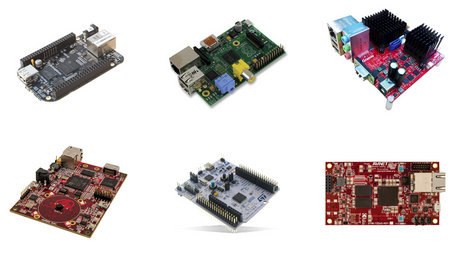 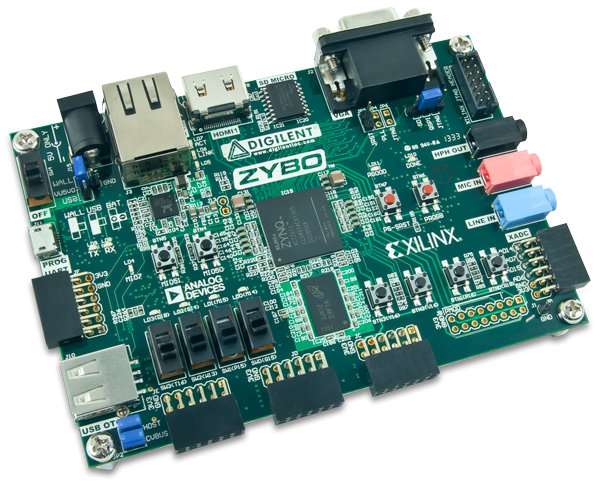 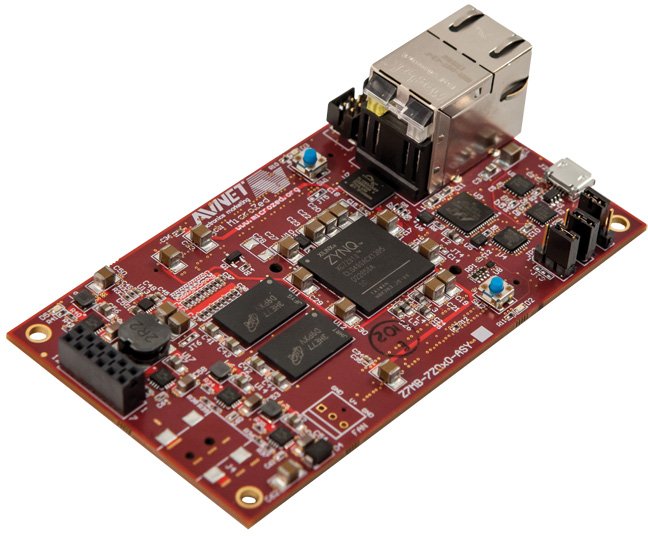 ZedBoard is a low cost development board based on Xilinx Zynq-7020 SoC featuring two Cortex A9 cores and FPGA fabric, together with lots of ports and expansion I/Os, and running Linux. The problem is that “low cost” for this type of board still means $395 (or around $300 for academia), and you only get to this price because it’s been subsidized, and the normal price is actually $495… That’s why Avnet has just come with a new version of the evaluation kit called microZed that sells for $199 and targets applications such as general Zynq-7000 AP SoC evaluation and prototyping, embedded system-on-module (SOM) applications, embedded vision, test & measurement, motor control and software-defined radio. MicroZed technical specifications: SoC – Xilinx XC7Z010-1CLG400C (Zynq-7010) System Memory – 1 GB of DDR3 SDRAM Storage – 128 Mb of QSPI Flash + Micro SD card interface Connectivity 10/100/1000M Ethernet USB 2.0 USB-UART User I/O (via dual board-to-board connectors) – 100 User I/O (50 per […]