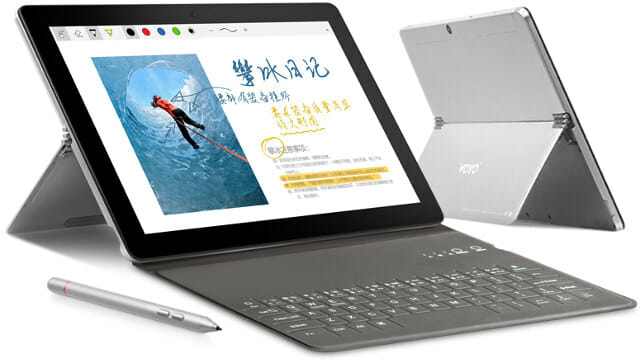 Mini PCs based on Intel Apollo Lake processors have started selling, and they supposed to be upgrades to Braswell and Cherry Trail processor. I’ve recently had the chance to review Voyo VMac Mini mini PC powered by Intel Pentium N4200 quad core processor, that’s the fastest model of the Apollo Lake N series, and of course I ran some benchmarks, so I thought it would be interesting compare the results I got with an Atom x7-Z8700 “Cherry Trail” mini PC, namely Beelink BT7 which I reviewed last year. Both machines are actively cooled with a small fan, and storage performance is similar, albeit with a slight edge for the Apollo Lake SSD. A ratio greater than one (green) means the Apollo Lake processor is faster, and if it is lower than one (red) the Cherry Trail processor win. Benchmark Beelink BT7 Intel Atom x7-Z8700 @ 1.6 / 2.4 GHz (2W […] 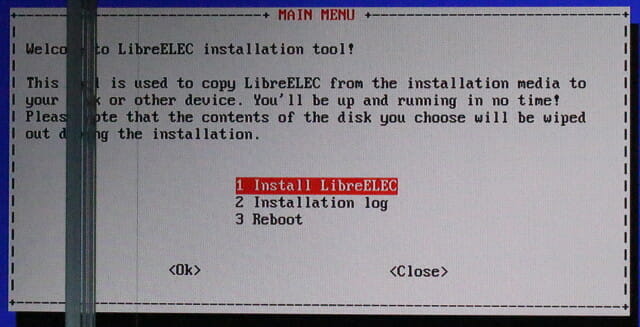 I’ve just posted Voyo V1 VMac Mini review with Windows 10 this morning, and at the end I mentioned I quickly tried to run Ubuntu 16.04 without success. Reader Piotr who also happens to be a LibreELEC together with about 65 other team members, noticed it, provided me a link to a development version of LibreELEC 8.0 (mirror link) working with Apollo Lake processors, and explained Ubuntu was not working because Linux needs updated Mesa and Intel drivers. The image is based on Linux 4.10-rc5 with the necessary drivers and Kodi 17. The changes were mostly made by FernetMenta (Rainer Hochecker), and will be merged in Linux 4.10 and Mesa 17.0. He also implemented 10-bit HEVC support that will officially be available in Kodi 18 only and found in daily builds. So let’s try this out. After downloading LibreELEC-Intel.x86_64-8.0-devel-20170130110609-r25167-gd210441.img.gz, I tried to flash it (N.B.: no need to extract it) […] 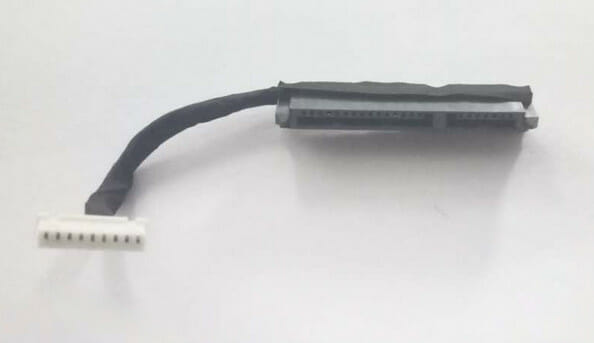 When I tore down Voyo VMac Mini mini PC, I noticed a 2.5″ mounting mechanism, and some weird 9-pin SATA connector, but since the hard drive would be so close to the components I assumed this specific case was not designed for a drive, but the board would be compatible. However, it’s now possible to purchase a $20 custom SATA cable from “Voyo Official Store” on Aliexpress to do just that.All you have to do is to open the case, connect the cable to the motherboard, and the hard drive, and mounting the hard drive to the mechanism with four screws. I’m not sure whether you should also use some kind of insulation between the drive and motherboard, as it will be really close, but the company does not mention anything about that. Cooling might also be an issue even though there’s a fan in the mini PC. It’s not […] 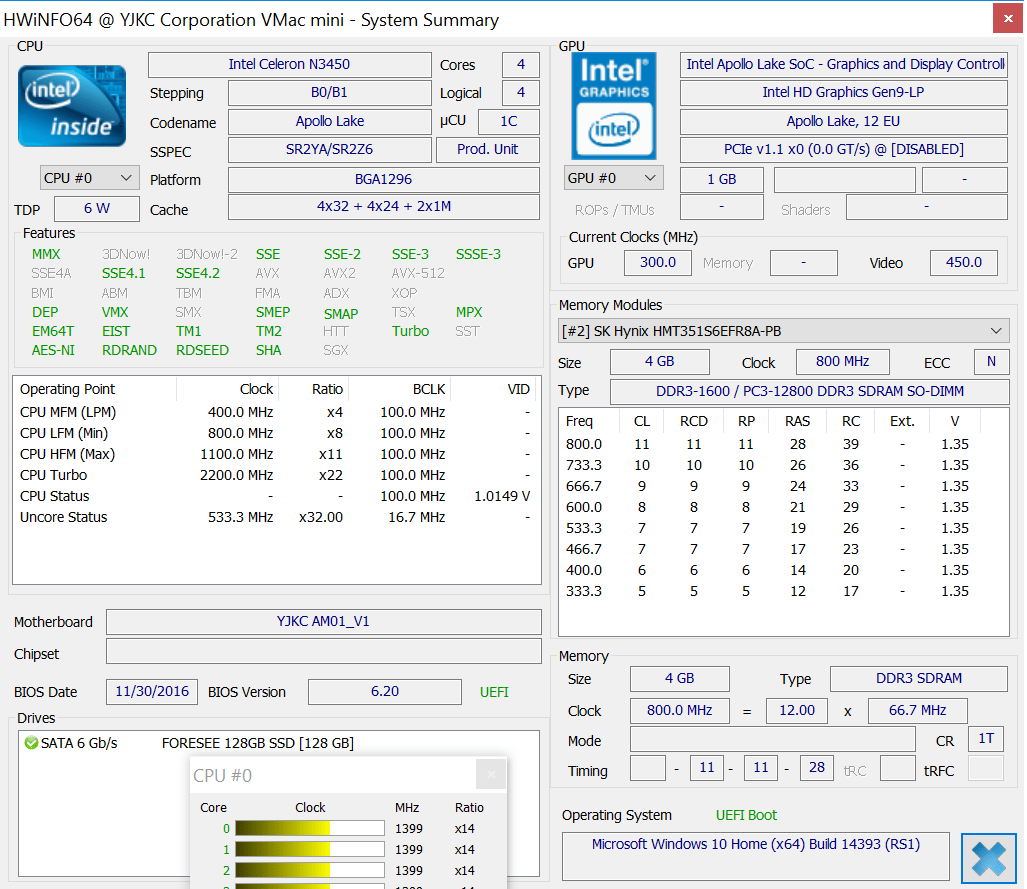 Following up yesterday’s post about Voyo VMac Mini mini PC benchmarks with Intel Pentium N4200 processor, I’ve switched to its cheaper little brother powered by Intel Celeron N3450 processor and performed the same benchmarks to compare the performance difference with the Pentium version, as well as older Braswell and Cherry Trail systems. I’ve run HWiNFO64 before running the benchmarks to get more details about computer, and especially the processor. Celeron N3450 is a quad core processor clocked at 400, 800, and 1,100 MHz, and up to 2.2 GHz in burst mode. It’s quite similar to Pentium N4200, except the later has a higher burst frequency (2.5 GHz), and a better GPU with 18 EU, instead of just 12 EU on the Celeron. My exact version of the processor is stepping B0/B1 with sSPEC SR2YA/SR2Z6. I forgot to comment about supported features compared to Cherry Trail and Braswell processors yesterday, and […] 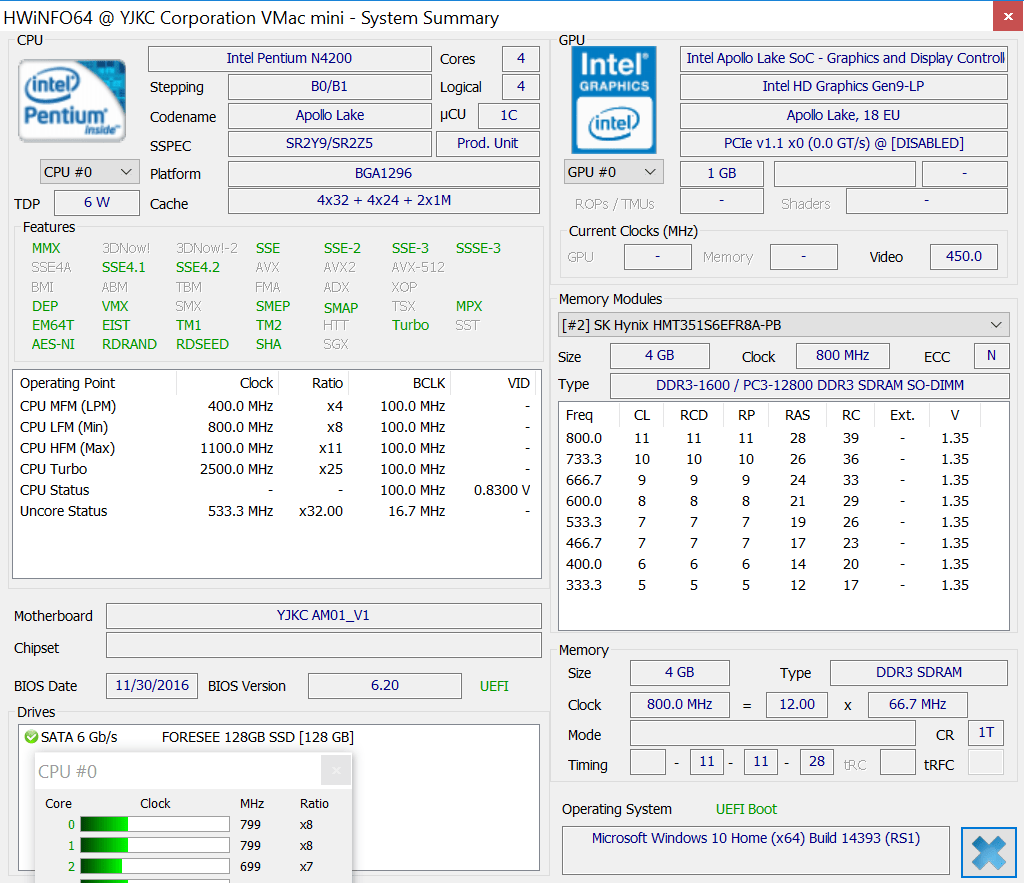 Since I’ve now received Intel Apollo Lake hardware with Voyo VMac Mini mini PCs, I’ve going to run some benchmarks with Pentium N4200 and Celeron N3450 processor to compare the performance against older generation low power mini PC based on Braswell and Cherry Trail processors. I’ll get started with the Pentium N4200 version that’s both more expensive and powerful. But before starting with the benchmarks, I’ve run HWiNFO64 to get a bit more info about the system, and the processor in particular. The processor is the quad core Pentium N4200 stepping B0/B1 with sSPEC SR2Y9/SR2Z5 clocked between 400 and 1,100 MHz, and up to 2,5 GHz in burst mode. It also comes with a 18 EU HD graphics Gen9-LP. IMHO, PCMark 8 Home Accelerated 3.0 is one of the best benchmark as it replicates typical use cases such as web browsing, video conference, light gaming, photo editing, and so on. […] 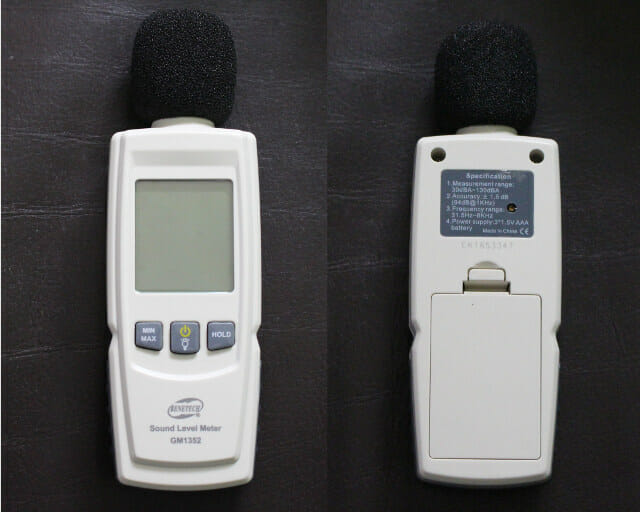 I wrote about UNI-T UT353 Sound Level Meter a few month ago as I thought it could be a neat way to measure fan noise on some TV boxes and mini PCs in an objective way. I finally ended up buying Benetech GM1352 model instead for $13.9 on DX, but I did not really use so far, since I did not get a new device with fan. I’ve now had the chance to try it as Voyo VMac Mini comes with a fan. Let’s just go through some of GM1352’s key features first: Noise Levels & Accuracy – 30 to 130 dB with +/- 1.5 dB accuracy (94dB @ 1 KHz) Frequency Range – 31.5 to 8 KHz Measurement features – MAX/MIN & Data hold Display – 1.7″ LCD display with backlight Buttons – Power/Backlight, MAX/MIN/Normal selection, HOLD Power Supply – 3x AAA batteries (included) Dimensions – 15.7 cm x […] 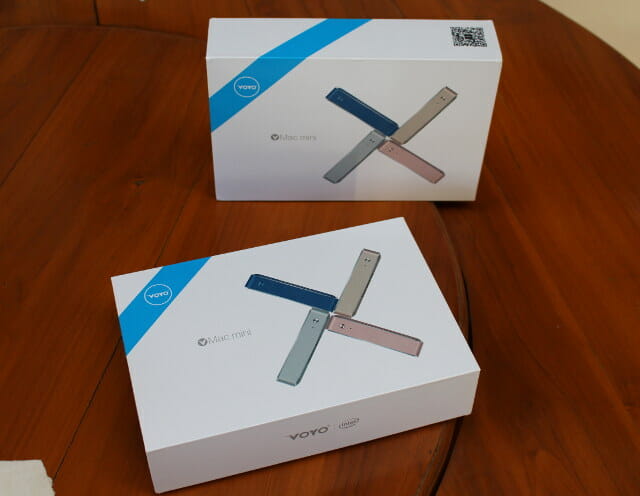 I received my first Apollo Lake device yesterday with CHUWI LapBook 14.1 laptop,  and today I got two more with Voyo VMac Mini powered by Intel Celeron N3450 processor sent by GeekBuying, and the version powered by the more powerful Pentium N4200 processor sent by GearBest. I’ll start by checking out the hardware today, before reviewing one of the models, and comparing performance through benchmarks for both mini PCs a little later. Voyo VMac Mini Unboxing Both packages look identical, but the N3450 model has a sticker with basic specs, while the N4200 model did not have anything to indicate which model I received. However, GearBest left a paper inside the package confirming they sent the N4200 version. When I first read the markings on the package, I read “Mac Mini” instead of “VMac Mini”, so if you happen to live in a country where customs care about those things, […]