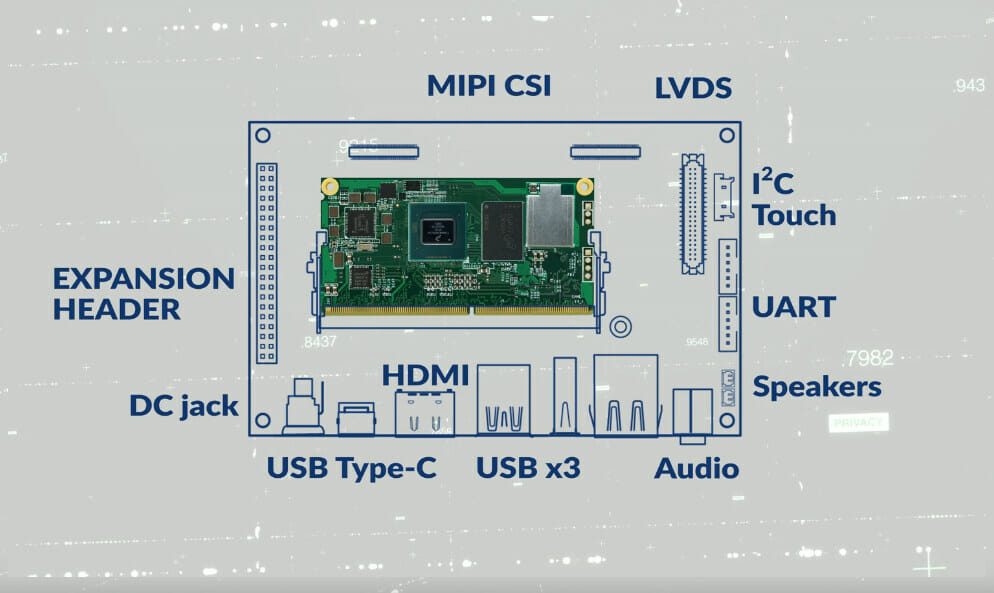 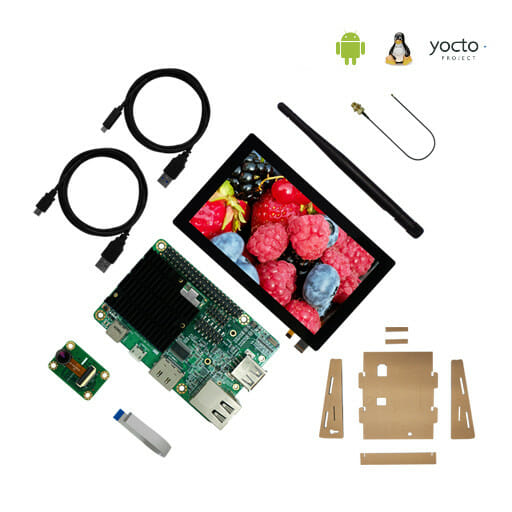 Back in 2017, WandBoard announced the release of an upcoming Raspberry Pi like SBC based around the NXP i.MX8M Quad applications processor, ARM Cortex-A53 + M4 architecture and Vivante  GC7000 GPU called the WandPi 8M. The board was designed around the popular Pi (85 x 56 mm) form factor bringing 4K UltraHD with HDR video quality with pro audio fidelity. WandPi 8M was scheduled for the release in spring of 2018, but ever since WandPi 8M never came to life. It was suggested that the board must have gone to the SBC heaven. Back to 2019,  a similar board was discovered recently on Hacker boards called the PICO-PI-IMX8M with almost similar design and specification. The PICO-PI-IMX8M board shown also features the same NXP i.MX8M Quad-core processor and the Vivante  GC7000 GPU but relies on PICO-IMX8M system-on-module plus a baseboard inspired by Raspberry Pi form factor, and compatible with (most) HAT […] 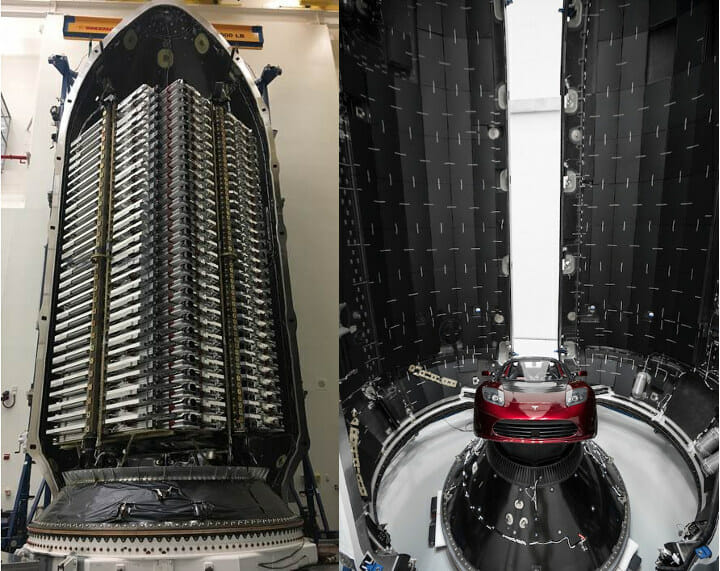 Most embedded systems are used here on planet earth, but some do take off heading for space, and this week I come accross two separate projects leveraging Arm processors and FPGAs, as well as Ubuntu/ROS and Android operating systems: SpaceX Starlink communication satellites and Astrobee robots roaming in the international space station (ISS) SpaceX Starlink Satellites with Xilinx Ultrascale+ Arm + FPGA SoC SpaceX is about to launch a cloud of 60 Starlink communication satellites that aims to provide internet communication anywhere in the world. That’s just a start as eventually the plan is to get up to 12,000 of those satellites. Usually, we would not know many technical details about the satellites, but as one reader pointed out (Thanks Lawrence!), a Reddit thread about the launch, also pointed to a NASA document revealing the satellites are powered by Xilinx Ultrascale+ quad core Cortex-A53 processor with FPGA fabric. Milestone 2 […] 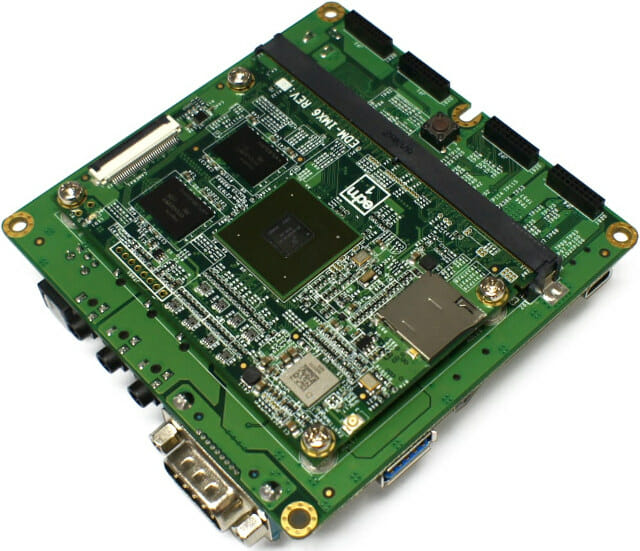 The first Wandboard development boards launched in 2012 nearly 5 years ago based on Freescale i.MX6 Solo and Dual processor, with Wandboard Quad launched a few months later. The boards were fairly popular at the time due to their better specifications, and especially Freescale’s much better documentation and software compared to the competition such as Broadcom (Raspberry Pi) and Allwinner (Cubieboard). Since the boards are based on TechNexion EDM system-on-modules they could also be used by companies working on their own products based on the system-on-module. It’s also a good platform if you want to test various version of Android, because the company released Jelly Bean, Kitkat, Lollipop, and Marshmallow images for the boards, and I’m expecting a Lollipop version soon. However, albeit the company worked on other NXP boards such as PICO-IM6UL Android Things, there had not been any hardware upgrade for Wandboard for nearly 4 years, but last […] 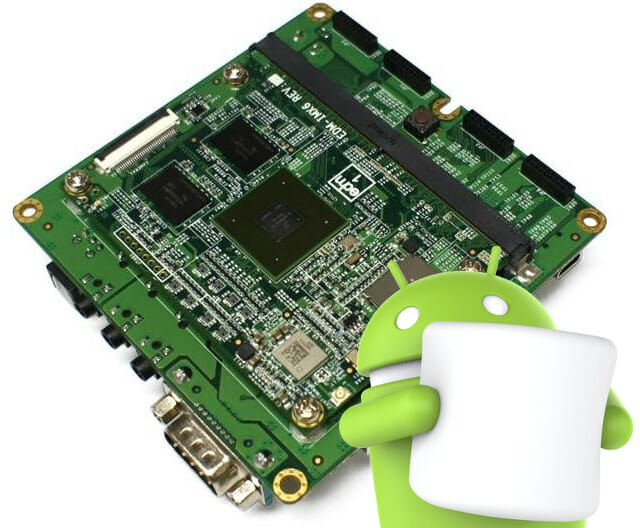 Wandboard development boards powered by Freescale i.MX6 Solo, Dual and Quad Cortex A9 processors were released over 3 years ago with Android 4.1 Jelly Bean. Contrary to many other boards that don’t get an updated version, Wandboard boards got support for Android 4.4 Kitkat, Android 5.x Lollipop, and now the community has recently released Android 6.0 Marshmallow. You can try the Android 6.0 SD card image as follows:

Where /dev/sdX is the device for your SD card. If you can remember the first Jellybean release had separate images for each version of the board, but thanks to device tree implementation, a single image is now released with all three versions. The full source code is also available in a 5.0 GB tarball. Since Freescale, now NXP, i.MX6 processors will be available until November 2022, we can most probably expect a few more Android releases for the board. Jean-Luc Aufranc […] 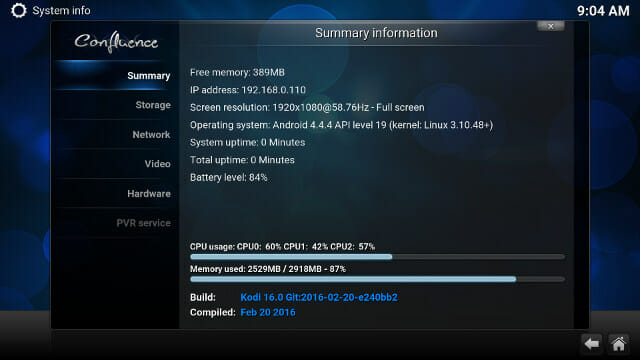 This morning, I saw Kodi installed from Google Play get an update in one of my Android device, and that means that Kodi 16.0 “Jarvis” has now been released. As usual it’s available for Windows, Linux, Mac OS, Android, and iOS, with specific Linux ports for Raspberry Pi boards, and several Freescale/NXP i.MX6 boards such as Wandboard or EzeeCube. You can get the full Changelog in the Wiki, but some of the main changes against Kodi 15 include: Various new features for Live TV and PVR (Personal Video Recorder) Added RDS Radio, FM radio, scheduling recordings of TV shows… Various improvements such as speeding up EPG database access. Added, updated, and improved PVR backend clients addons for all popular third-party external PVR backend platforms: FilmOn, HDHomeRun, Enigma 2, Tvheadend HTSP Client, and so on. Add-ons Framework, API, and Manager improvements Platform Independent Playback improvements : software DTS-HD decode with libdcadec, […] 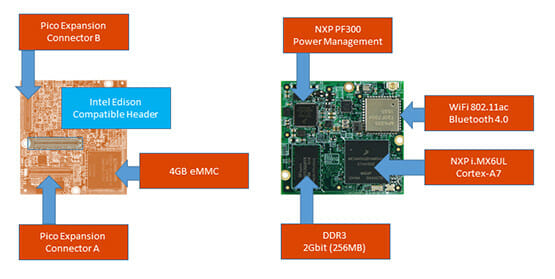 Wandboard was one of the first to launch boards based on Freescale i.MX6 Solo, Dual and Quad in early 2013. The boards are comprise of an EDM system-on-module and a carrierboard, that makes it not only suitable as a single board computer, but you could also use the boards to start developing software, while making your own carrierboard to match your application. Wandboard.org community sent me an email last night to let me know about their latest board called Hobbitboard, or in full “Hobbitboard Made for Brillo”, powered by NXP i.MX6 UltraLite Cortex A7 processor, which follows the same principle, and includes Hobbit Compute Module and Hobbit I/O Carrierboard. Hobbit Compute Module specifications: SoC – NXP i.MX6 UltraLite Cortex A7 processor @ 528 MHz System Memory – 256MB DDR3 Storage – 4GB eMMC flash Connectivity – 802.11ac WiFi and Bluetooth 4.0 (Ampak AP6335) Board Connectors – Two Pico Expansion header […] 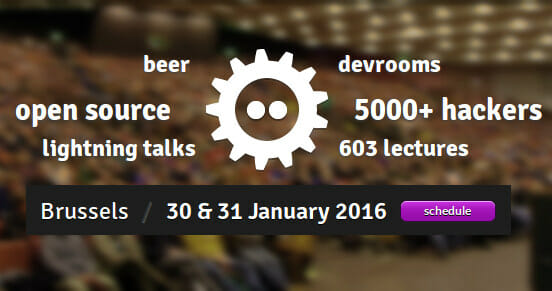 FOSDEM (Free and Open Source Software Developers’ European Meeting) is a 2-day event that usually takes place on the first week-end of February in Brussels, but this year it will be on January 30-31. The event brings thousands of developers, hackers, and other person interested in open source technology who present their projects and share ideas. FOSDEM 2016 schedule is now available, and There will be 557 speakers, 612 events, and 50 tracks this year including 7 main tracks: Distros, Enterprise, Hardware, Communications, Miscellaneous, Office, Systems Administration, and Virtualization. So I’ve had a look at some of the talks, especially out of  “Embedded, Mobile and Automotive” and “IoT” devrooms, and prepared my own virtual schedule although I won’t be able to attend. Saturday 10:30 – 10:55 – MIPS, the other side of the embedded by Alexjan Carraturo For many years MIPS processors have been involved in the embedded market, particularly […]