The first Wandboard development boards launched in 2012 nearly 5 years ago based on Freescale i.MX6 Solo and Dual processor, with Wandboard Quad launched a few months later. The boards were fairly popular at the time due to their better specifications, and especially Freescale’s much better documentation and software compared to the competition such as Broadcom (Raspberry Pi) and Allwinner (Cubieboard). Since the boards are based on TechNexion EDM system-on-modules they could also be used by companies working on their own products based on the system-on-module. It’s also a good platform if you want to test various version of Android, because the company released Jelly Bean, Kitkat, Lollipop, and Marshmallow images for the boards, and I’m expecting a Lollipop version soon.

However, albeit the company worked on other NXP boards such as PICO-IM6UL Android Things, there had not been any hardware upgrade for Wandboard for nearly 4 years, but last month Wandboard QuadPLUS was released with NXP i.MX 6QuadPlus processor boasting a faster GC2000+ GPU, an upgrade to 802.11ac WiFi and Bluetooth 4.1 connectivity, the addition of a power management IC, and a fix for HDMI EDID + CEC.

Beside Android, the board can also run Ubuntu, and Linux built with the Yocto Project. The company also introduced an official camera module for the board with CAM-OV5645 module based on Omnivision OV5645, and supported in Linux 4.1.15 and greater. 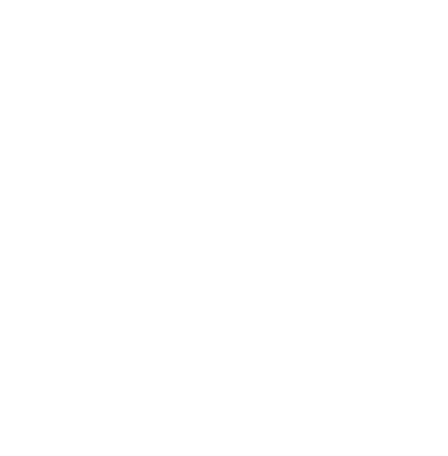 Wandboard QuadPLUS is sold for $139, CAM-OV5645 camera module for $25 directly on TechNexion website. The price of older boards have also been reduced by $10. You’ll find more details on Wandboard.org with firmware and source code downloads, a Wiki page, and forums, but most information has not been updated to include QuadPLUS board.

Thanks to Fran for the tip.

Is anything known regarding potential SATA and Gigabit Ethernet improvements with i.MX 6QuadPlus compared to 6Quad?

@tkaiser
It should still have the 470 Mbps limitation for Ethernet, as “ERR004512 – ENET: 1 Gb Ethernet MAC (ENET) system limitation” is still shown in the updated errata with QuadPlus @ http://cache.nxp.com/assets/documents/data/en/errata/IMX6DQCE.pdf

@Jean-Luc Aufranc (CNXSoft)
That’s sad. So the Utilite Pro is still the only i.MX6 board with decent Ethernet performance (utilizing an additional Intel I211 NIC attached through PCIe). Will do some OMV NAS tests with my old Wandboard soon but fear it will be almost outperformed in ‘real world NAS usage’ by a cheap NanoPi NEO 2 (making use of btrfs with compress=lzo of course)

Do you know if the new cpu module is compatible with old baseboard ?

@Leonardo
Most likely, but better ask in their forums.

@Jean-Luc Aufranc (CNXSoft)
Tested again. It’s 404/582 Mbits/sec (TX/RX) testing 10 times with iperf3 on TCP/IP layer running kernel 4.9.7. With some IRQ/SMP affinity tweaking and rather large blocksizes I get NAS transfer speeds of exactly 33.4/38.4 MB/s write/read (no result variation is an indication for a hard limit here). Even a $15 NanoPi NEO 2 will outperform these boards easily since not bottlenecked by network but USB2 instead. At least for NAS use cases i.MX6 can not benefit from ‘real SATA’ here 🙁

I have two of the new QuadPLUS boards. Via http://wandboard.org/index.php/downloads I’ve tried several generations of Ubuntu, and an Android, and none of the images will boot. So, I’d wait until provide some images dated post-2016.

Thanks for the note, Richard. I’m going to dust off my Wand board soon (I have an original quad) and get it running again in my system farm. But it would be nice to get an update of the Ubuntu and the hardware. Is there any pci memory connections in this hardware? Asking here rather than reading being lazy. I have such on my NUC intel systems, and would like to take advantage of that storage addition on an arm system. The Firefly RK3399 has the slots, but not clear which memorys will work on them. I think one is… Read more »

Yawn. The WandBoard was great when it was released, but the market has moved on.

Yes, this WandBoard might remain relevant for industrial customers with older designs who want to update, but for the SBC market it’s a moot point now. No one will choose a WandBoard anymore, especially with handicapped Ethernet performance. Might as well buy a Raspberry Pi 3 instead. You’ll be getting roughly the same thing for much less money, and with better community support.

@Richard Krehbiel
It seems nothing has changed to 5 years ago so the numbers published in Free section of Armbian forum should still match: search for ‘Some storage benchmarks on SBCs’ thread to get SATA numbers, for PCIe I believe you have to design an own Baseboard — at least performance numbers can be found by searching for ‘MAC Project: Wandboard PCI-Express’. And GbE simply sucks or is rather limited due an internal bus limitation.