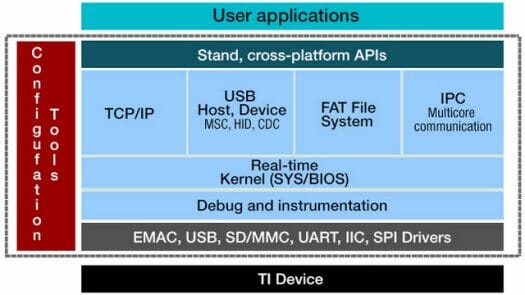 TI-RTOS is available today on micro-controllers such as Stellaris Cortex-M and C28x + Cortex M3 Concerto MCUs, and will be offered soon on MSP430 and C2000 MCUs. You can find more information on TI-RTOS page, and download TI-RTOS (MCU SDK Micro-Controller Software Development Kit) for Linux (RH4 or Ubuntu 10.04) or Windows Windows 7/XP/Vista free of charge.