Alex, one of my regular reader, informed me about a new mini PC, called the MTB025, running on Wondermedia WM8850 cortex A9 processor with 512 MB RAM & 4 GB Flash, and  sold on Pandawill for $39.99 including international shipping. Since it’s the first time I’ve heard about a Wondermedia based mini PC, I’ve decided to have a look. 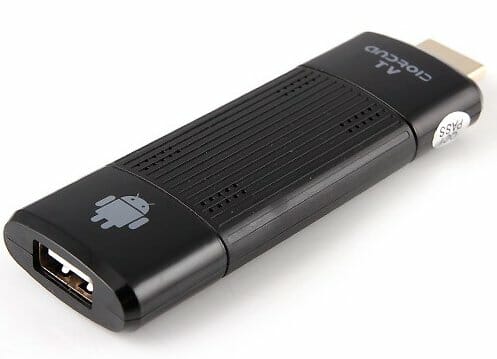 Here are the specifications of this Android 4.0.3 device:

The package also includes an HDMI Cable, a USB Cable and a power supply (DC 5V, 2A). This is basically the same specs as my WM8850-MID tablet, so you can check the review to get an idea of the performance of the device. Rooting on WM8850 devices was really a pain, but there are now some solutions. Some source code for WM8850 is available, but I’ve never been able to complete the download.

You won’t get the performance and level of support you get from RK3066 mini PCs with this device, but if you look for a cheap device with decent performance that could be an option.

Pandawill also sells a WM8850 based Android set-top box (MTB024) for $56.99, with roughly the same specs except it features 1GB RAM, and adds Ethernet and one extra USB port.

Hi, just for info – I’ve managed to download the source code mentioned above. Unfortunately it has nothing to do with WM8850, it’s for Vimicro VC882 SoC.
Closest source to WM8850 I know of is for WM8950-based APC boards (http://apc.io/) – https://github.com/apc-io/apc-8950. It’s certainly not a complete source code, at least video drivers are included only in compiled form, and even actual sources look a bit “simplified” for some drivers, but it’s the best match I’ve ever seen for 8850.