The first time I heard about NFC was when it was implemented in Android 2.3, and the Google Nexus S featured it, but it’s quite older than that, as the initial specifications were published in 2006, and the very first phone to feature the technology was Nokia 6131. If you’ve ever been to Hong Kong, you may have used Octopus cards which are used for contactless payments for public transport and shopping. Those cards use Felica RFID technology which is part of NFC, and has also been included in some watches (since 2010), so you can easily pay for subway or bus by hovering your watch on the card reader. I’ve been wondering why I could not see more of those, and I think NFC may be a feature of upcoming smart watches, so I started to look for existing solutions this morning, and found Payper NFC Watch designed by LAKS, and first announced in 2011. 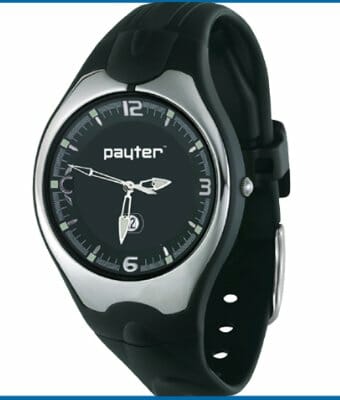 This NFC watch (or others) can be used for time registration, ticketing, admission control, loyalty and E-purse.

The company also provide NFC readers, together with an SDK, and a web-based based Terminal Management System to remotely monitor and update the readers. You can find more information on Payter Watch page.

This is not a model individuals can buy directly, since the system needs to be customized to be compatible with the local payment systems. As I complete this post, I found the Rumbatime Go NFC watch which, despite an interesting concept, had a failed Kikcstarter campaign in 2011. You could configure this watch to be used with Visa credit card, and use it to easily pay on Visa Paywave terminals. The service has however been discontinued due to lack of adaption.

Apart from Hong Kongers, can you use NFC watches to make contactless payments in your country?

Who wears a watch anymore?

@Ian Tester
I do. I don’t always carry my mobile phone with me, and when I do, it’s more convenient to check the time with the watch.

@Jean-Luc Aufranc (CNXSoft) London Transport is upgrading from RFID to NFC: http://www.bbc.co.uk/news/technology-20694027 Otherwise, it turns out there are quite a few places where you can already use it for something: http://en.wikipedia.org/wiki/List_of_applications_of_near_field_communication But if the watch could be bought & used by (the now smallish % of) individuals who like wearing a watch, I think it could sell ok worldwide. But I doubt many NFC payments service providers will bother to customise it. Which is a shame; if I lived in HK or London, I might get one just to make using public transport quicker. &/ so I could get home… Read more »

@onebir
Yes, NFC is quite widespread, but for some reasons, AFAIK there are not many places with NFC watches. There maybe quite a few, but they may be a difficult to find on the web, because they will not be marketed with “NFC”, but simply as “contactless payment watches”, or something like that.

Customization may not be too difficult, I assume they just have to put the right SAM card (Secure Access Module) inside the watch.