There’s currently a lot of articles about Apple, Samsung, and Google smart watches rumors in the blogosphere. I’ve written about other smartwatches in the past with products such as the Pebble or Wime Nanowatch, but those are based on low-end hardware that do not run Android directly, but instead communicate with your Android or iOS device via Bluetooth. The only watch I know that runs (a customized version of) Android is the “I’m Watch“. You’ll need relatively deep pockets to purchase it as price starts at 249 Euros / $349 US and goes up to $19,999 if you purchase the version with white gold and diamonds. So I decided to have a look if there are lower cost Chinese Android smartwatches around. The Z1 Android Smart Watch Phone showed up everywhere in my searches. The product is not new, as Charbax first discovered it in January 2012 and it was showcased by “Phaeton DVIP” at CES 2012. 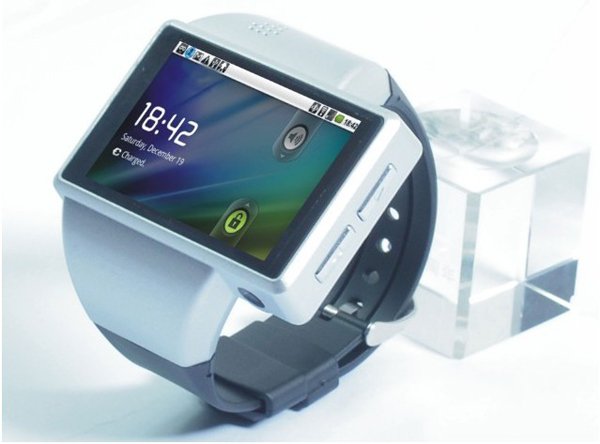 The watch comes with a 800mAh Battery,  a USB Cable, a charger and a user’s manuel in English, Russian, Spanish and German. The Z1 runs a barely modified version of Android 2.2 operating systems, and thanks to the internal SIM card slot, you can just insert a SIM and start to make and receive phone calls via your watch.

There are several reviews of this phone watch, including a three videos by mistasawedoff, where he has a closer look at the device. to summarize he feels the device is innovative, call quality with the provided headset is pretty, but the sluggishness of the device if unbearable, Google Play does not work (there’s an alternative store though), and overall he cannot recommend the device. I’ve embed the first video below if you want to know more.

Z1 smart phone watch is available from $209 on online stores such Pandawill and Aliexpress. Back in January 2012, the company had plans to design and manufacture an upgraded version of the watch with MT6573 (ARM11 @ 650 MHz) and Android 4.0, but it looks like the device never saw the light of the day. I could not find other companies selling new smart watches either, and I would assume it’s because there’s not enough demand for this type of device. We’ll have to see if large companies such as Google and Samsung can make smart watches successful.