Since the Raspberry Pi was launched many people have asked, and still ask, if/when Ubuntu will be available for the Raspberry Pi. As Canonical decided to only provide support for ARMv7 and higher architecture, for optimal performance and user experience on recent hardware, and Raspberry Pi is powered by Broadcom BCM2835 processor based on ARMv6 architecture, this did not happen, and instead a version of Debian called Raspbian became popular, and is still the main OS used by most people. But a team of developers in the UK has recently decided to give it a try and launched a flexible Indiegogo campaign in order to purchase enough Raspberry Pi boards and required accessories (power supplies, SD cards, cables…) to setup a build farm for Ubuntu 12.04 LTS, Ubuntu 13.10, and Ubuntu 14.04. 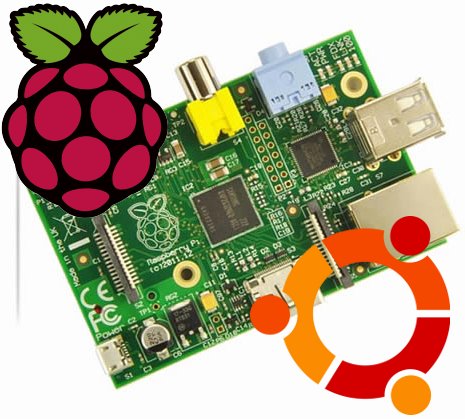 They plan to acquire at least 32 Raspberry Pi boards for their build farm. But don’t get too excited, especially if you plan to run Ubuntu desktop on the Raspberry Pi, as the project focuses on running Ubuntu server, or something similar that boots to the command line. Running the desktop version of Ubuntu would be a bonus for the project. One the problem with using a Raspberry Pi to build package is the limited RAM, which means some of the larger packages, such as webkit, are likely to fail during linking, the last part of building of package. One way they plan to work around the memory issue is using swap on a SSD. It may work but this is likely to take a while, something like maybe a week or two for linking these larger packages.

Another concern is the philosophy about packages that fail to build. According to their FAQ:

What happens about packages that fail to build?

Depends why, if they fail to build due to lack of ram or disk space on a buildd then we can set up a beefier build with maybe an attached SSD and lots of swap, it might be slow but it should get there. If they fail to build because the code won’t compile then we will probably just report a bug and leave it. We don’t promise to build every single package.

It’s understandable a small team may not have the time to fix all issues related to moving to ARMv6 architecture. Nevertheless that’s not a good sign for the success of the project. Whether they spent more time fixing broken packages also depends on the funding they get. I’m also not sure where they’d report the bug, since Canonical would just ignore it.

Despite these caveats and the fact that it’s a flexible campaign, the project is likely to be funded at the target is a low 2,500 GBP (about $4,000). The best way to contribute is probably to pledge for a 8GB (or greater) SD card preloaded with “Ubuntu-Pi” for 25 GBP (~$40) in the UK, and 35 GBP (~$56) for the rest of the world that should be shipped in April 2014. That’s pretty expensive for an SD card, but it’s for a good cause. Since we’ve all recently learned Ubuntu is getting serious about its trademark, they won’t be able to call it Ubuntu, so instead they’ll come with a name, or if you have cash to spare, you can pledge 1,000 GBP ($1,600) and choose the name yourself.

Can’t they do this on a QEMU emulated ARMv6 image? If that is possible, the little RAM problem is also solved, I guess?

And: what is the advantage of Ubuntu Server instead of Raspbian? My only complaint with Raspbian (and other Raspi images), that is not user friendly to write the SD card; it involves low level stuff like ‘dd’.

Furthermore, Ubuntu’s focus seems to be on usability, not on running on low-spec hardware. Right so, I would say.

Why bother, when debian and arch work.

@Sander
They “addressed” the QEMU suggestion in their FAQ:

“Why don’t you use QEMU on cloud based computers and do it emulated?
Well that wouldn’t be half as much fun.”

Since Debian is working fine, and the package manager is basically the same, I don’t actually see much benefit. Maybe one benefit is that you’ll get an updated version more often. Every 6 months for Ubuntu, against maybe every 2 years for Debian. But on low-end hardware, I’m not sure there’s much benefit, unless a particular tool is not working with the current version.

@Jean-Luc Aufranc (CNXSoft) “Maybe one benefit is that you’ll get an updated version more often. Every 6 months for Ubuntu, against maybe every 2 years for Debian. ” Even though the Ubuntu updates I’ve done have gone smoothly, updating a system isn’t exactly risk free. I don’t like doing it that often and the Ubuntu update schedule – combined with slapdash backporting of later package versions – makes the 6m frequency more of a disadvantage! A few times hard (= for me impossible!) to compile packages haven’t been available for my version of Ubuntu. On top of that Canonical’s weird… Read more »

isn’t it the most stupid indiegogo campaign? I don’t get all the efforts to cluster raspis. They are great because of their GPIOs, not because of their computing power (which actually sux compared to for example cortex-a9). Want cluster? x86 will be faster and more power efficient… imagine what you can get for GBP2,500…

There are better ways to compile packages for ARM on ARM than a cluster of Raspberry Pis. They don’t even have anything other than USB 2.0. A CubieTruck board for example (http://linux-sunxi.org/A20-Cubietruck) has a dual core A7 SOC with SATA and can even have 2GB of RAM. It should also be about $100. There’s also Urdoid boards which have the latest Exynos with 4xA15 cores at about $200. One of these boards with a quad core A15 will probably perform better than their whole cluster and there’s not reason for not using it. Anything with ARM can be used to… Read more »