Canonical has announced Ubuntu for Phones and Ubuntu for Tablets at the beginning of the year, with the goal of bringing Ubuntu operating system to mobile devices, and transform high-end devices into the new PC when they are connected to an HDMI display. It turns out mobile phone manufacturers may not be ready to take the risk launching a completely new high-end platform to the market, so Canonical decided to leverage the power of crowdfunding but launching an Indiegogo campaign for Ubuntu Edge, a smartphone with hardware specs like no others, capable of running both Android and Ubuntu, and fully replacing your PC when docked. 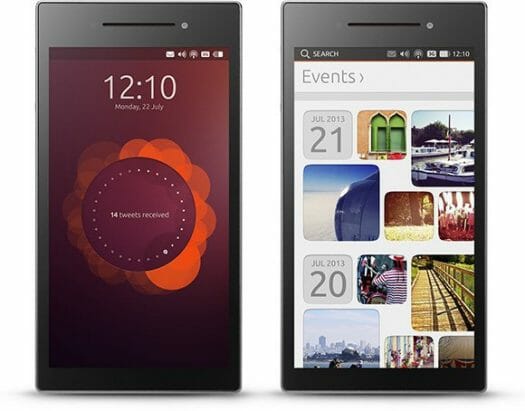 
With this type of specs, you should not be surprised it does not come cheap. Early adopters can get it for $600 (first day only), and if you miss the window, you’ll have to pledge $830 to eventually receive the device in May 2014, if there are no delays. The price may seem high, but it’s not that much pricier than high-end Samsung or Apple smartphones, and you’ll be able to completely ditch your PC. To make that project become a reality, Canonical needs volume, and they’ll need $32 million (equivalent to about 40,000 phones) for the project to go ahead, AFAIK that would the biggest ever successful crowdfunding if they reach that target.

I suppose the 128gb is indeed an sdd or flash

they’re getting cheaper and cheaper.

cant see that is worth the money. two/three separate devices to achieve the same things comes in at far less without much excess baggage.

After numerous price changes, the device is now available for $695 for unlimited quantities – http://www.indiegogo.com/projects/ubuntu-edge/x/1760545?c=activity

It will still be tough to get to $32 million.