Ainol Novo9 FireWire II (aka Spark II?) is a new Android Jelly Bean tablet powered by ATM7039, a new quad core processor from Actions Semiconductor, that is said to feature Cortex A9r4 cores, just like AMLogic M802, that allow higher frequencies, and lower power consumption compared to Cortex A9r3 cores used in SoCs such as Rockchip RK3188. I’ll check the tablet specifications first, and then have a closer look at the new SoC. 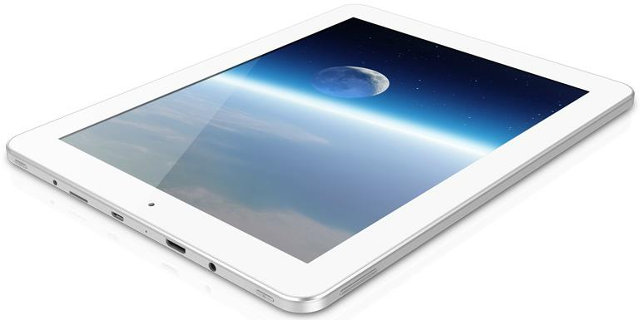 The tablet runs Android 4.2.2, and ships with a USB cable, and a power adapter. The tablet is currently available from a few sellers onAliexpress for $215 and up. 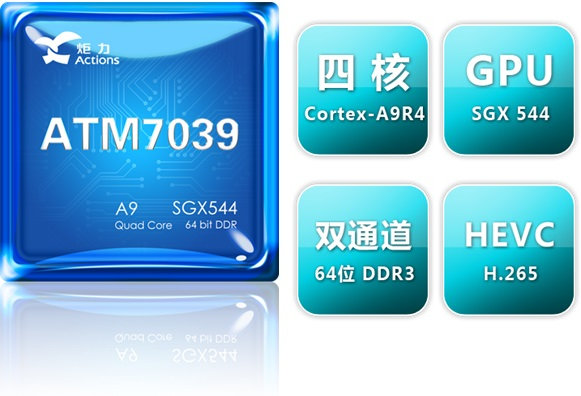 Actions Semi list the following features for their latest SoC:

ATM7039 is to be used with ATC2603X which has integrated the PMU (Power Management Unit) and audio codecs. The company has further details on their ATM7039 page, but I don’t trust the details at all, as listed features seem to be a copy/paste from an older SoC, with new features such as HEVC, 64-Bit DDR3, and USB 3.0 completely missing. Actions Semi also has an history of blatantly lying about their SoCs, with ATM7029 for example, that is, with near certitude, a quad core Cortex A5 SoC instead of the advertised quad A9, so benchmarks and investigation will be needed to find out what the chip is really made of, and its performance.

I could not find detailed Antutu benchmark results just yet. One seller claims a score of 17,000 which is similar to Rockchip RK3188 based tablets.