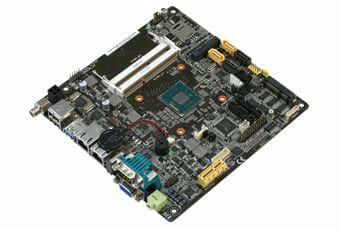 EMB-BT1 is a fanless board designed for digital signage, POS, Kiosk and networking applications among others, with the following key features:

You can get more information and access the user’s manual, datasheet, BIOS and drivers on Aaeon EMB-BT1 page. 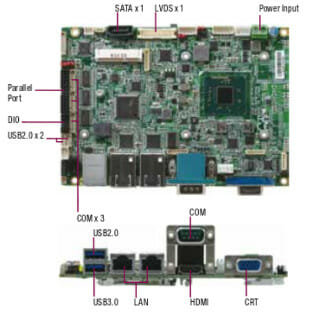 There’s currently no Gene-BT05 in Aaeon’s list of 3.5″ Sub-compact boards, but you could check out the product brief, and Texim-Europe has the three boards listed for sale (4 to 8 weeks lead time).

There’s no complete information about the company’s Bay Trail COM express modules, and albeit they’ve announced Atom and Celeron versions of the CoM in their latest press release,I could only find a product brief with Intel Atom Bay Trail-I processors. Here are the key features listed in that document: 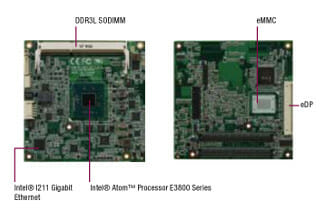 Further details about the three boards should become available during Computex 2014, on June 3-7 in Taipei, Taiwan, as Aaeon will showcase samples of the GENE-BT05, COM-BT and EMB-BT1 board at their booth  (K0315a).

(Shipping is Fedex, some models seem to offer HK Parcel Post, which is about $25 cheaper.)