According to Gigaom, Mozilla has been working on an HDMI TV dongle that might be codenamed Netcast with ChromeCast like video streaming and screen mirroring functionalities, and that runs Firefox OS with an open bootloader. 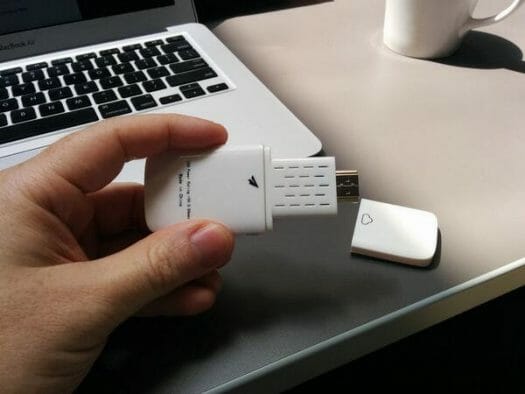 There aren’t any hardware details available for the device, but we more or less know how it will work. As you are using your Firefox browser or another Firefox OS, you can simply click a “Casting button” to watch YouTube videos, mirror the screen or so on. I also understand it will be compatible with ChromeCast apps.

Gigaom got hold of an engineering sample and gave it a try run Firefox browser in Android (Nexus 7), and playing a YouTube video on the TV using Netcast.

It’s also working with Google Music, Plex, but some other apps are not working just yet.

Mozilla’s media casting device has not been officially announced yet, so we don’t know when it will be available, nor its price. But since they’ve given a demo sample to the press, we can only assume it won’t be that far off, and pricing should be at least equivalent to ChromeCast, i.e. $35, or it’s unlikely to gain traction.

But can it run XBMC media center?