That’s it! The 64-bit ARM era is upon us! ARMv8 servers have been available to companies for a few months, entry-level 64-bit ARM smartphones such as HTC Desire 510 are coming soon, and so are low cost 64-bit ARM development boards, Nexus 9 tablet leaks (Tegra K1 64-bit) are flooding the blogosphere, and Cube T7 tablet / phablet powered by Mediatek MT8752 octa core Cortex A53 processor will start shipping next month, and is available for pre-order right now for about $200. 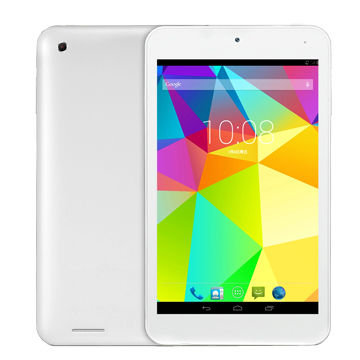 It’s a challenge to get the specs right, as listed specifications are not consistent across websites, some even list HDMI support. The tablet will run Android 4.4.4 operating systems (32-bit?), and come with a USB cable and a user’s manual. The company will also sell T8 and T9 tablets with respectively 8″ and 9″ displays, and there will be quad core models based on MT8732 quad core Cortex A53 LTE SoC.

Cube T7 will start selling on November 11 in China, and it’s also available for pre-order on Tinydeals for $209.99, with shipping scheduled for November 25. Other sites have listed the tablet such as Merimobiles or Pompmall, and although they don’t seem quite ready for taking pre-orders just yet, price is shown as low as $199.99. Factory price starts at $145 per unit for 2k order.