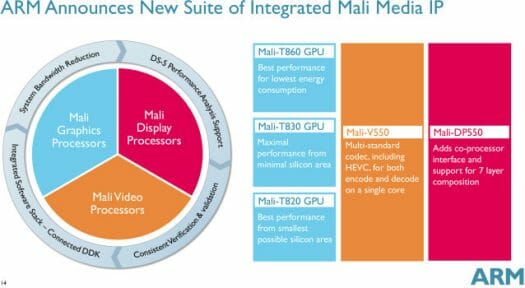 The new Mali T-8xx GPUs are based on the same Midgard architecture used in Mali T-6xx and T-7xx GPUs, but deliver better power efficiency thanks to technologies such as ARM Frame Buffer Compression (AFBC), and Adaptive Scalable Texture Compression (ASTC) for imput bandwidth reduction, as well as Transaction Elimination and Smart Composition.

ARM provided some performance and energy-comparison between T800 and T600 series (but strangely nothing against T700): 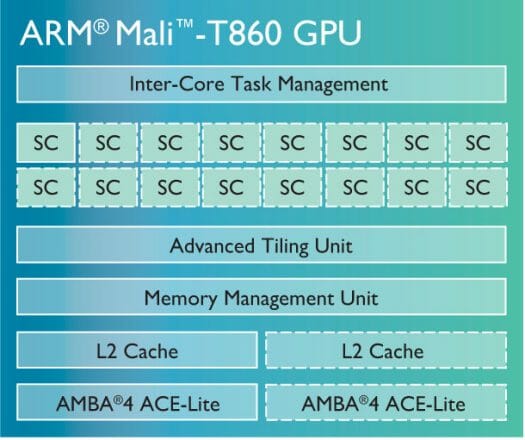 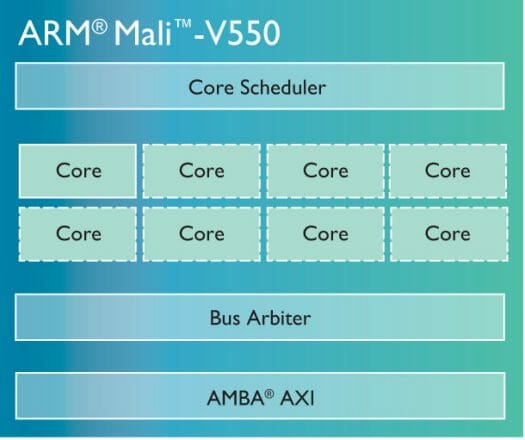 Mali-V550 also benefits from new features such as Motion Search Elimination technology that reduces bandwidth by up to 35 percent, and will improve Wi-Fi Display/Miracast user experience. Up to 50% bandwidth reduction can also be achieve with AFBC. It also supports 10-bit YUV, so 10-bit HEVC/H.265 video be supported combined with Mali-T800 GPU, with the VPU “feeding” 10-bit decoded data to the GPU.  Other video codecs include the usual suspects, namely H.264, MPEG4, MPEG2, VP8, VC1, Real Media, H.263, MPEG-4 and JPEG. VP9 support is not mentioned. Driver and video streaming infrastructure is based on OpenMAX.

Mali-DP550 display process will handle composition, scaling, rotation and image post-processing from the GPU in a single pass, and it also support Motion Search Elimination, and AFBC to reduce bandwidth use in order to maximize battery life. Up to seven layers of composition, up to 4K resolution, are supported, a co-processor interface enabled easy integration with third party IP blocks. 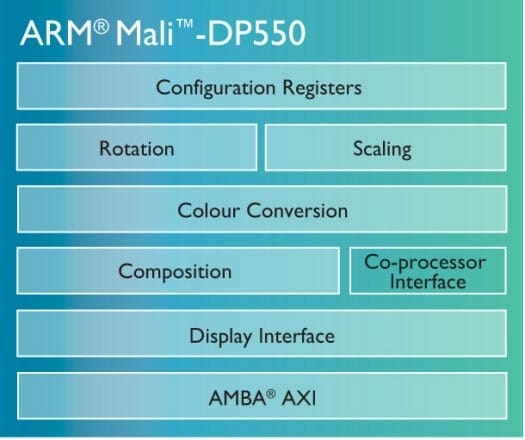 Single and dual display output are supported, as well as various YUV/RGB pixel formats, including 10-bit YUV. More details can be found on ARM’s Mali-DP550 page.

All three new ARM Mali media IPs are available for immediate licensing, and consumer devices are expected in late 2015 and early 2016.

What about MPEG-2 decode and post-processing features like de-interlacing?

@Harley
MPEG-2 is included, I somehow missed it in my list.
No details about de-interlacing.