ARM has recently announced two new Mali GPUs: Mali-T760 for high-end smartphones and tablets, and Mali-T720 for entry-level devices, but with better performance and energy performance compared to previous cost-optimized Mali GPUs, as well as OpenGL ES 3.0 support. These new GPUs have already been licensed by companies such as MediaTek, Rockchip, Samsung and LG Electronics. 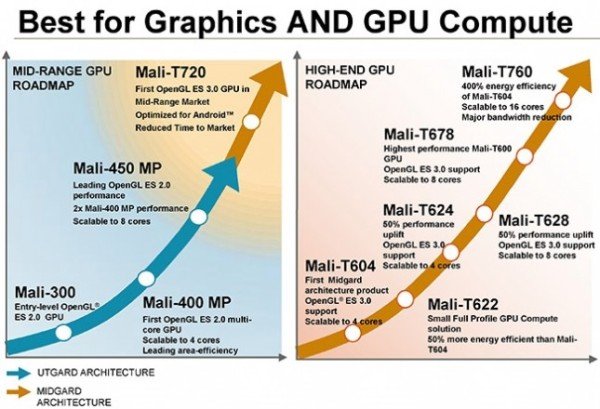 ARM lists the key benefits and features of the ARM Mali-T760 GPU as follows: 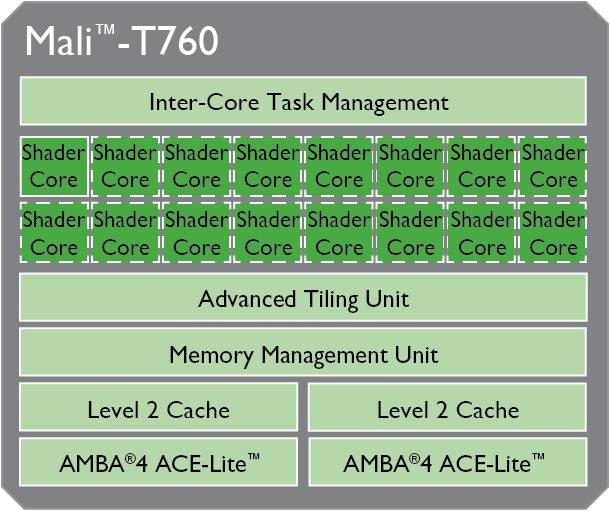 Destined for entry-level Android devices, Mali-T720 has the following key features and benefits according to the company: 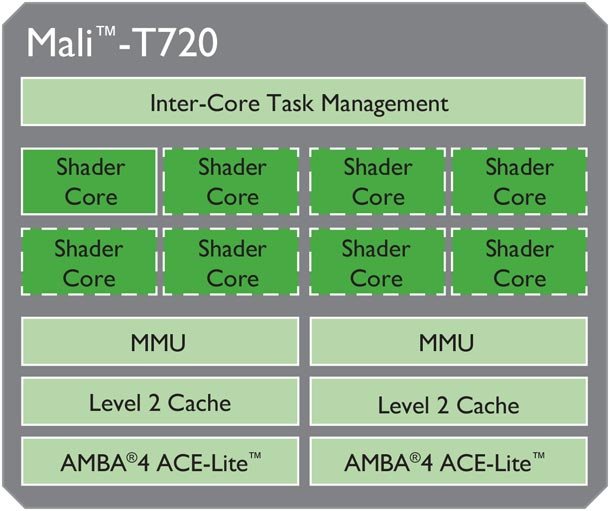 wonder how these will compare to a tegra4 and stuff.