Meego-T01 is an HDMI TV Stick based on Intel Atom Z3735G/F quad core processor that sells for about $100 + shipping, but it now has a big brother called Meego P01 with the same Intel Atom Z3735G, 2GB RAM, 32 GB eMMC and various port, that sells for $125.50 including shipping for the next 24 hours. Normal price is listed as being $251, but that’s most probably a lie as most other discount for Aliexpress 11.11 day sales festival. Nevertheless, I still believe it’s a good deal for $125.50, just not 50% discount as the listing implies. 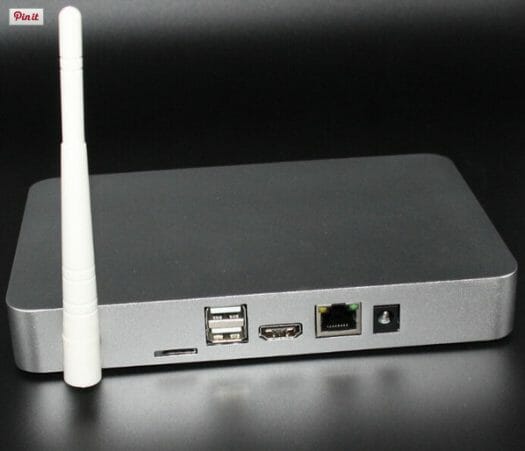 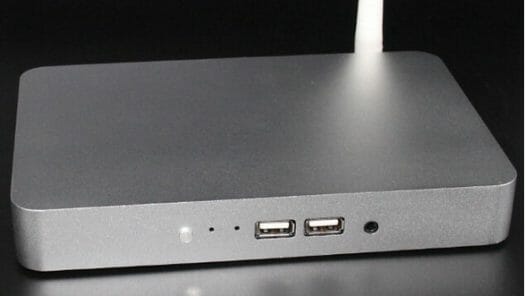 This mini PC can run either Windows 8.1 or Android. I’m not sure if the system duals boot or not, and how people can switch between operating systems (if possible).

Thanks to Gabe yet again for the tip.

I guess we can install a linux distro easily on it, no ?
I’m very tempted!

Don’t be too tempted, because for that price, you can buy box with similar ttx, but also with 8″ screen attached (such boxes commonly called “tables” or something). Or for less than $100 you can have 7″/1Gb/16Gb.

@embedded_geek
Easily maybe not, but It can be done.
http://liliputing.com/2014/10/run-ubuntu-zotac-zbox-pico-mini-pc-kinda.html

@Jean-Luc Aufranc (CNXSoft)
hmmm.. getting colder now. I wanted to do a little build server with this but if there is UEFI bullshit trouble… 🙁

@anon
I was more interrested by the 4cores and the 2W TDP for the reason above.

Don’t even think about it, wait first to see this resolved.
I can confirm it exist on Haswell with mobile graphics (2995U) and other confirmed with Bay-Trail-M, don’t expect this won’t be relevant to Bay-Trail-T.
https://bugs.freedesktop.org/show_bug.cgi?id=83677
You might need to wait quite a while as the issue exist at least 6 months.

Other reports on Bay-Tail-T (google Fedlet) suggest boot failing, this might be the relevant report
https://bugs.freedesktop.org/show_bug.cgi?id=81140

@dhead666
OK you convinced me! Thanks for your relevant comment.

in case of HEVC
OpenCL is your friend
http://xhevc.com/en/downloads/downloadCenter.jsp

@m][sko
But is that only for AMD, or should it also work with Intel HD graphics (OpenCL 1.1 in Atom Bay Trail)?

@Matteo
Currently NONE of the x86 platform GPU/VPU systems have hardware H.265 decode, or encode, only ARM chips have those.

@dhead666
Ya, I bought 3 of this kind of chinese boxes. As soon as you enter the BIOS and change something. They misteriously quit booting. They do make a for a nice replacement for a BRICK.

cnxsoft :
@m][sko
But is that only for AMD, or should it also work with Intel HD graphics (OpenCL 1.1 in Atom Bay Trail)?

@Modrama
Sounds like a firmware bug, not especially related to Linux, but thanks for sharing.
The boot related bug I mentioned is related to kernel / graphic driver.