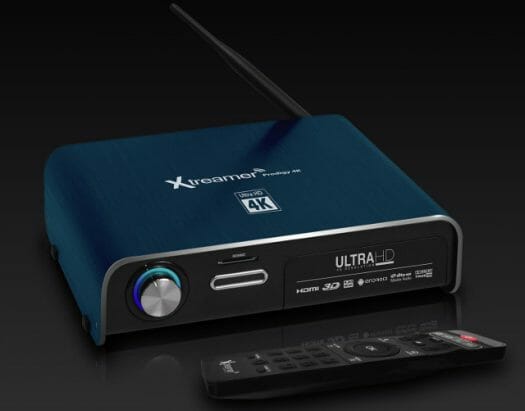 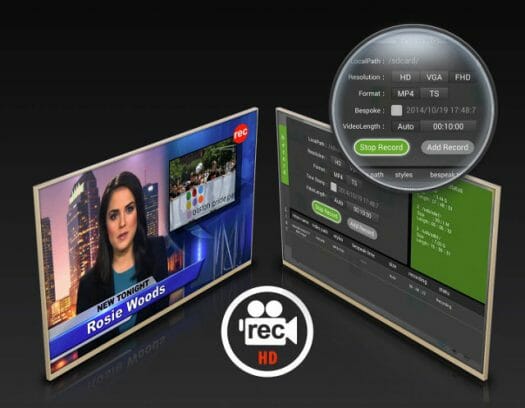 The company is now taking pre-orders for 149 Euros including shipping worldwide, and a free air mouse, with the release expected in February 16, 2015. The company may be a little to optimistic with its delivery address, as at least one person pre-ordered Xtreamer Wonder in October, and had yet to receive it in December, despite shipping scheduled on October 31. For more details are available on Xtreamer Prodigy 4K product page.

Thanks to Jvan for the tip.

Seems to be very little info out there on the Mstar MSO9180D1R?

Mstar is closed source and not opensource. Hardware decoding is not working on none of Mstar ARM SoC’s.

Preorders?Then it’s long time to deliver the device.
How is Mstar support? Can we see good and stable firmware on this device? Not like on Realtek based.

I would also like to know if Mstar can provide support.
Realtek abandoned its projects with the Xtreamer Prodigy.
Seems like Kaliboer uses the same CPU.

@onebir
Mstar devices have been around for a while, but when I asked for samples, most companies will stay it’s for the Chinese market, and don’t want to send samples. So I guess you may have better luck checking on Chinese websites, for the Kaiboer boxes for examples. Zidoo X9 and Xtreamer Prodigy 4K on the other hand see to be focusing on oversea markets, but they are not widely available yet, so we’ll have to wait and see.
I should get a Zidoo X9 soon.

When you get Zidoo X9 please do extensive test of HDMi IN (PVR function). This is something which differentiate this box from other android box’es on the market. For me it’s 80% of intertest in it, 10% in optical audio out and 10% just the android box.

If PVR function will be working very well with external drives they will got my money 🙂 Interesting if it will work with hdcp content.

@Tomb
I don’t see how it will work with HDCP… i.e. sitting between a hdmi source like a cable box, and a tv for example.

If it does it would have to circumvent the protection which they might be risky decision.

Hopefully the first of many pvr android boxes to come..

I’ll wait for one that has a built-in atsc tuner.

Xtremear service is the worst you can imagine. I bought Xtremer Wonder on 24th October 2014 paying for DHL shipment. They delivery on 18th November 2014 with normal post, not DHL. Today is 26th Jenuary 2015 and I still have to see how Wonder is. Probably I’m going to see it in the middle of February.
Do you think Xtremear is best HD player, ok, if you want wait 3-4 months, it’s yours.

You know why it’s called Wonder? It will be a Wonder if you get it.

Or maybe they confused the meaning of “pre-order” and “crowdfunding”.

Seems to me Prodigy 4k and Zido x9 have very very similar heart, but the box belongs to other vendors. Its like VW and Skoda… Take a look on the recording issue…no one can say its not identical…ok why nobody place record button on remote control?! Also, If I wanna record something from tv why this if forbidden? Its not crime in recording and sharing, crime is in making profit on someone’s effort! So, my folks, record freely…and share it freely…