There are so many inexpensive Wi-Fi modules running Linux that it would be easy to discard Onion Omega as yet another Wi-Fi module based on Atheros AR9331 WiSoC. However, the developers have tried to bring some added value by making programming easier for web developers, integrating it with a cloud platform (free for non-commercial use), and providing basicor Arduino dock, and add-on boards for Ethernet, OLED, Relay… to make building hardware projects easier too. 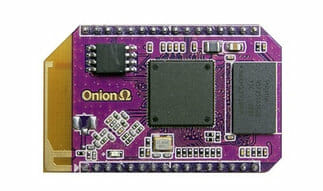 Let’s go through the hardware first, starting with the module specifications:

Since this type of module is not always convenient to use standalone… three docks have been designed:

But the latter won’t go for sale, as it will be reworked as one of the expansion boards that currently can add support for Ethernet, OLED, or relays, and are stackable as shown in the picture below with “The dock” and Omega. 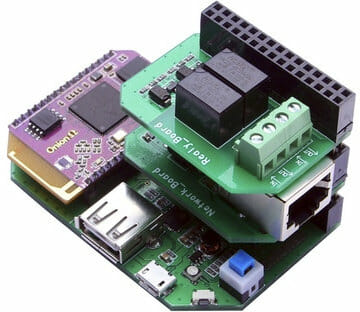 That’s about it for the hardware, although they also have full kits, as we’ll see later.

The whole idea behind the project is actually more about software support than hardware: 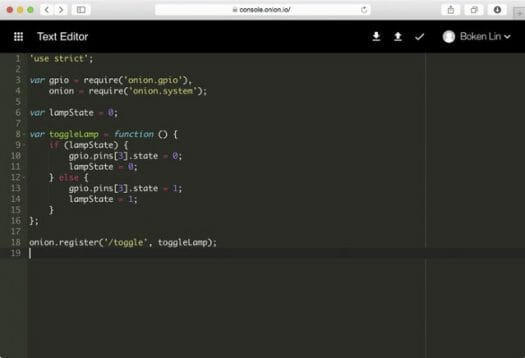 Once you had some fun, you may consider backing the project listed on KickStarter. A $19 pledge should get you an Omega + Dock (early bird), and once 100 reserved rewards are gone, it will go up to $25. You can also combine Omega, Dock and expansion for prices ranging between $35 to $65, and the kits start at $99 for a Wi-Fi camera, up to $499 for a spider bot or a drone. Shipping appears to be included, and delivery is scheduled between August and October 2015 depending on the rewards.