Just ten days ago, Asus C201 Chromebook powered by Rockchip RK3288 processor was spotted on a product catalog. Today, Google unveiled two Rockchip Chromebooks, except the Asus Chromebook is not there yet, but instead Haier Chromebook 11 HR-116R and Hisense Chromebook both available for pre-order for $149 respectively on Amazon US and Walmart.

Both laptops have very similar specifications: 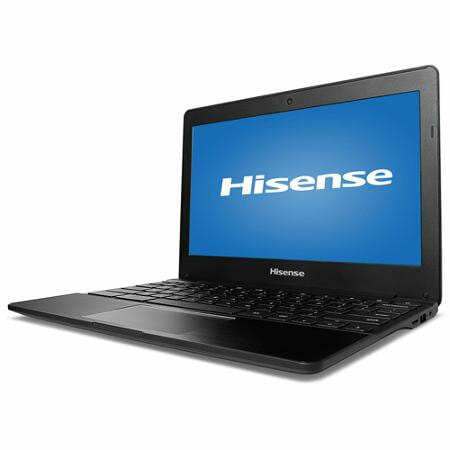 Even though, Asus Chromebook was not officially announced, Google mentioned the company for two upcoming products: Asus Chromebook Flip made of aluminum and with a flippable display that will sell for $249, and Chromebit, a new category of Chrome OS products that are basically HDMI TV sticks running Chrome OS.

, and they are expected to sell for less than $100. Update: Engadget got hold of a sample and it’s indeed based on Rockchip RK3288.

@miniNodes
Very interesting, but they don’t explain the differences between RK3288 and RK3288-C.

@Tom Cubie
That’s what I thought about the GPU.
Still wondering what kind of optimization they did…

Well this would be nice if it were using some 64bit ARM SOC and if the GPU had open source graphics. As it is though it’s OK for people that just want a Chromebook but not for Linux users.

The -c surely means crippled. We will see later what they removed. However, with 4GB RAM and mainline Kernel support these beasts could be nice.