The BBC announces its intention to give away 1 million Micro Bit to British schoolchildren a few months ago, but at the time, the specifications were not completely frozen. The broadcaster has now finalized the design which is based on an ARM Cortex M0 micro-controller. 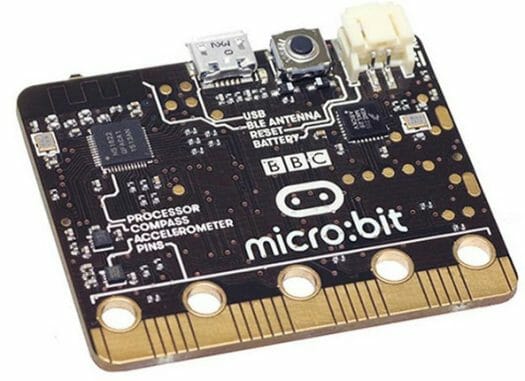 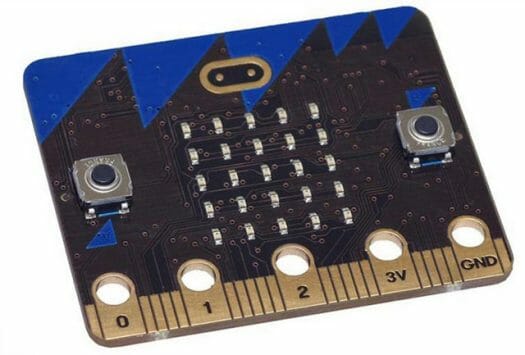 On the software side, the BBC has partnered with Microsoft to develop a web based, drag and drop interface for programming called TouchDevelop. Samsung is also involved in the project as they are developing the Android app, and an iOS app is also planned.

The BBC will send 1 million pieces of the board to schools in the UK this autumn, but they also plan to sell the board to the general public, although pricing and availability information is not available yet.

I think that the board not only has a 3 GPIO pins but the smaller pads between the holes are also connected to GPIO’s (at least some of them)?

@Abdullbasit
I think you’re right. You can definitely see traces leading up to the small pads. The datasheet for the nRF51822 states it has 31 gpio pins.

This board on Hackaday store is also powered by the same BLE chip: