We’ve already seen a few Amlogic S802 with SATA support such as Zoomtak T8 with a SATA bay, or Eweat EW802 with an external SATA connector. Zoomtak has now introduced an updated version T8 Plus with Amlogic S812 that will run Android 5.1 and Kodi 15.0 by the end of August. 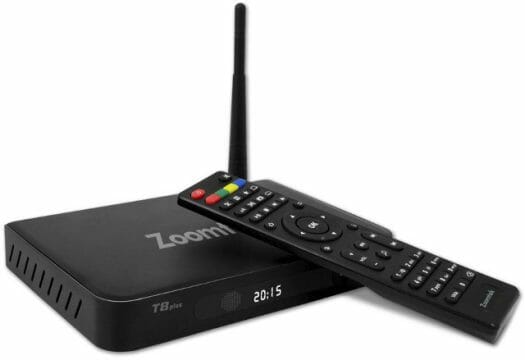 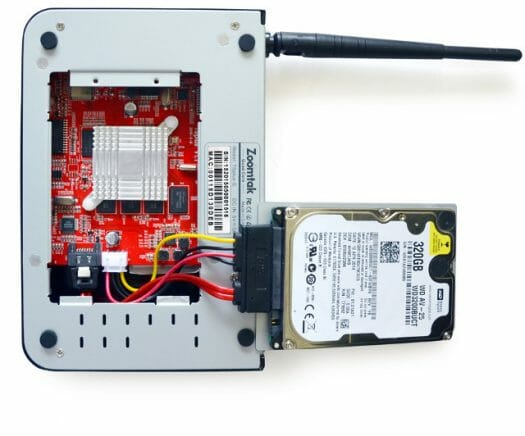 The box currently runs Android 4.4 and Kodi 14.2, but Android 5.1 is planned for the end of August, and Kodi 15.0 sometimes next week. Since the market has decided that SATA was not an important requirement, none of main Chinese TV box silicon vendors include it in their SoC, which means the implementation here is done via a USB 2.0 to SATA bridge.

Compared to the older Zoomtak T8, Amlogic S812 brings support for H.265 hardware video decoding and Gigabit Ethernet support in the newer hardware platform. It also looks like they’ve switched from NAND flash to eMMC flash. The device can be turned on and off with the remote control or the front panel button, as the power circuit is controlled by an MCU. 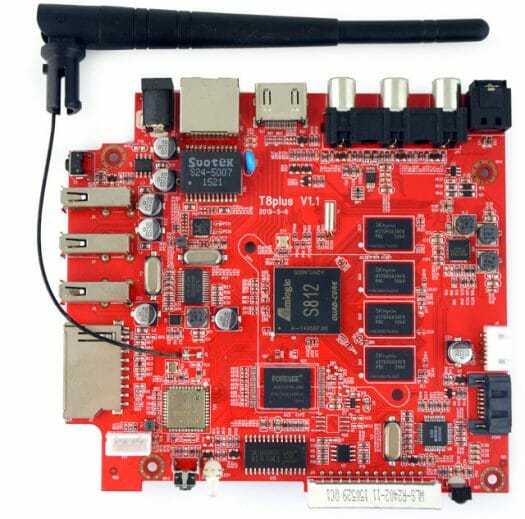 You can check out Zoomtak T8s Plus product page for details and contact the company if you plan to order in quantities. I could not find the device and retail websites yet, but it’s already listed on Alibaba.

“Android 5.1 is planned for the end of August”

Do you know if this will be “Android TV” UI or the phone/tablet UI. I don’t think I’ve seen any seen any Chinese TV boxes being sold with Android TV yet. Do you know why? Is Google restricting access to certain partners. I’ve seen demos on armdevices.net where boxes are running Android TV but still doesn’t appear any have shipped. Any insight welcome.

@Luke
It should the “phone/tablet” UI with their own launcher.
Few products launch with Android TV, as it needs some agreements with Google, and it’s also a lot less flexible.

AndroidTV is far, far better than tablet Android, it’s a shame the Chinese market dont embrace it or even just make a version of their box for western market.

@Jean-Luc Aufranc (CNXSoft) ok that makes sense I figured there was some agreement needed on Google’s part. Does that mean all these devices miss out on Google Cast receiver support? I guess I should order one and see.

@Luke
CheapCast might be able to add Google Cast support to standard Android device.
I’ve read it was pulled out of Google Play, but I can still find it there -> https://play.google.com/store/apps/details?id=at.maui.cheapcast

@Luke
Android TV is very limited when it comes to applications you can use/download from play store etc (tested). Also, as far as I know, google charges $100k for licensing Google apps for Android TV for which I don’t think manufacturers are going to pay.

i have a question ..i jave the kodi t8 plus and for some reason i get a faster connection from wifi then from ethernet is there a problem with the box or does it just work better with wifi

Hi I recently purchased the zoomtak T8 plus and the picture is poor its pixelated do you have any suggestions on how I can improve this? Thanks.

Hi Zoomtak has come out with 5.1 on there newer boxes but no updates for the T8 Plus sold before that , tried emailing support for update but no replies what so ever. There so called support is none. No over the air updates either ?