While Project Ara aims to create a modular smartphone, the guys behind BLOCKS have designed a modular smartwatch with the Core (the main watch) and various hot swappable smart modules that clip together with a clasp make the watch band. 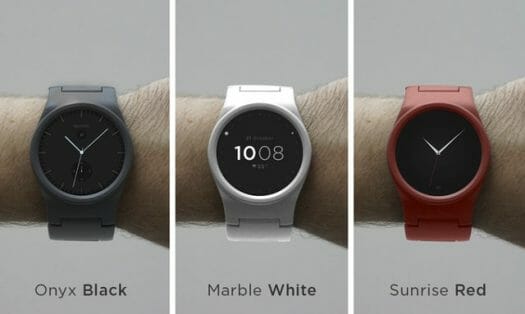 So the Core module is already a standalone smartwatch on its own, and they do provide one without module, but just a simple strap. The watch runs a modified version of Android Lollipop, and can pair with mobile devices running iOS 8.0 and greater, or Android 4.0 and greater, but not Windows phones yet. 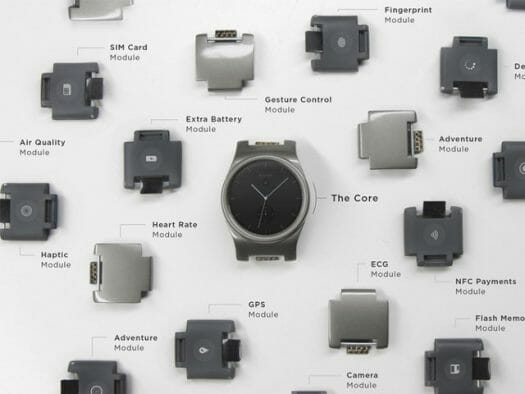 But the most interesting part of this device are certainly the modules, which should come to market in three phases:

You can have up to 3 or 4 modules maximum depending on your wrist circumference. So for example, if you wanted to add four battery modules, battery life would extend to a total of about 3 days.

You can watch to video to find out more about some of current and potential applications of the modular watch.

The developers also claim that BLOCKS is an open platform, and they have partnered with comapnies to developer more modules, as well as individual developers to bring apps to the device with a Software Development Kit (SDK) and Module Development Kit (MDK) becoming available soon. So eventually, you should also be able to purchase modules, and/or download apps from the BLOCKStore.

The project only launched on Kickstarter yesterday, but since the product is rather interesting, and the company had an aggressive marketing campaign before the launch (Thunderclap now seems to be popular to promote crowdfunding campaigns), they’ve already raised about $460,000 from over 1,500 backers, and have passed their $100,000 funding target.

Rewards start at $195 with the Core and a plastic strap, but unsurprisingly this perk is not very popular, and if like most backers you’d like a watch with  four modules of your choice,  the early bird price used to be $250, but these are now all gone, and you’ll need to pledge at least $275. Price does not include shipping which varies from $11 to the US, to $25 to the rest of the world. Delivery is scheduled for May 2016, so you’ll have to be patient, even if there aren’t any delays… Further details can also be found on BLOCKS website.

Bet the connections between the strap modules prove unreliable IRL.