The makers of Neptune Pine smartwatch have unsurprisingly decided to make another smartwatch which they called Neptune Hub. Why Hub? Because although this smartwatch can be used standalone, its quadcore processor can also control a smartphone, a tablet, and an HDMI stick, probably over Miracast. So they’ve taken the opposite view to other companies in the market which are using the smartphone as the brain of your smartwatch to some extends.

The watch will run Android 5.0 Lollipop, and it’s rather big, but in this case it might be an advantage, as it can hold a 1,000 mAh battery, about half of what you’d get in a smartphone, but thanks to the much smaller screen, it’s expected to last just as long. The watch can make calls, send/receive SMS, be used as a fitness tracker, and pretty much anything you could do on a smartphone.

However, there are certainly cases where you’d need a larger screen as browsing the web, watching videos, or reading e-books is not quite enjoyable on a 2.4″ screen. But Neptune got you covered with three “dumb” devices, which are probably Miracast displays. 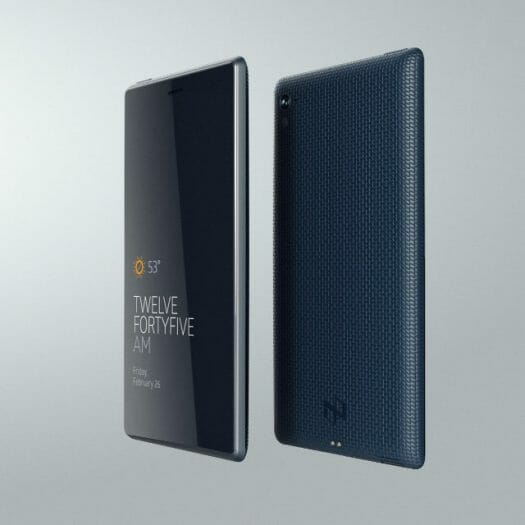 It looks like a smartphone, but it’s not quite as smart, and the processor is not even listed in the specs, but other smartphones features are there:

Without a powerful processor, the 2,800 mAh should last for a while. I was quite interested in Miracast when the first devices hit the shelves, but after trying it I was rather disappointed with image quality and lag, but WiGig should greatly improve both:

Neptune Hub uses WiGig, a revolutionary wireless protocol operating in the 60GHz frequency band, to interface with other displays and devices. WiGig provides multi-gigabit speeds of up to 7Gbps, with non-perceptible latency. This is the key technological enabler for the Neptune Suite to be realized, as previous streaming protocols simply did not have the throughput or the latency levels required to make this feasible. 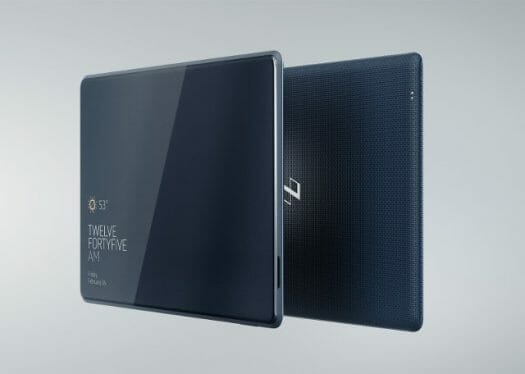 If you need a tablet sized screen, Neptune Tab is what you need:

Wigig again, and a sizable battery. If you need a keyboard, the tab can clip into Neptune Keys to convert the tablet into a laptop. 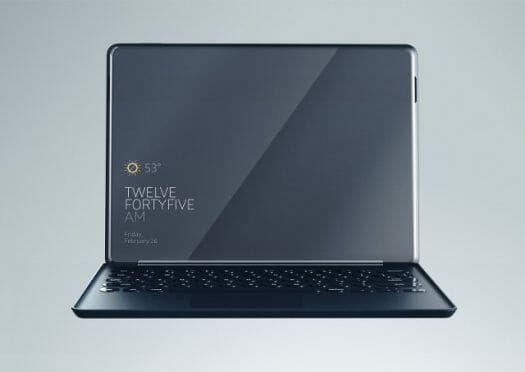 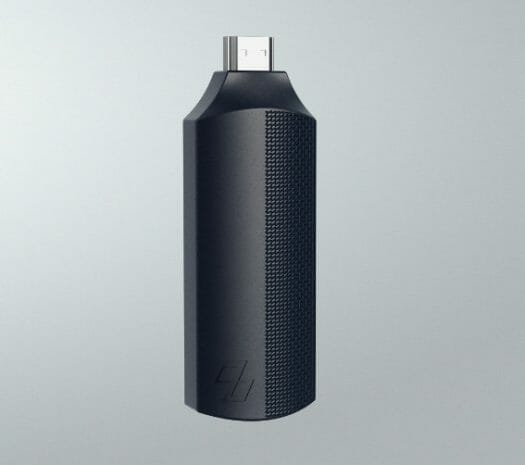 That’s probably a pretty standard streaming dongle that connect to the HDMI port of your TV or monitor and provide a full screen experience. No specs were provided.

The Neptune Suite is completed with Neptune headset, a pair of wireless headphones, that can be use as a necklace when not in use, and which can also be used to charge up to three devices simultaneously including itself from a single power outlet.

The company launched the project on Indiegogo yesterday, and has already well passed its $100,000 funding target with close to $800,000 raised so far. Neptune Suite rewards with Hub, Pocket Screen, Tab, Keys, Dongle and Headset currently goes for $599 + shiping, is expected to retail for $899. The project appears to be quite challenging, and probably not without risk, especially since delivery is scheduled for February 2016, so it’s still early development, but at least the company has experience with its previous project.

Via Liliputing and Android Central.