Z-Wave is one of the low power wireless communication protocols used for automation, and supported, for example, by gateways such as Samsung SmartThings Hub or Vera3. Z-Wave Plus is a certification program used to identify Z-wave 5th Generation hardware platform, allowing a greater range up to 45 meters, 50% improvement in battery life, 250% more bandwidth, and providing a standardized method for Over the Air firmware updates (OTA), among other things. Zwave.me, a startup registered in Switzerland, is specializing in Z-Wave products and solutions, and among their other products they’ve also designed Z-Wave hardware to turn the Raspberry Pi board and other compatible hardware into a Z-Wave gateway.

RazBerry module will fit into the 26 or 40-pin header found on Raspberry Pi boards, and comes with the following  specifications:

The firmware for the module is based on Sigma Designs System Development Kit 6.51  which, following the long “closeness” tradition of the company, can be be obtained after signing an NDA. Zwave.me has however brought some improvements such as backup and recovery, and watchdog functions.

The Z-Wave stack running on Broadcom BCM2835/BCM2836 processor found in the Raspberry Pi is called Z-Way Z-Wave Controller. It is transmitting data over /dev/ttyAMA0 interface, and while the stack is not open source, the C level and web based JSON APIs can be used freely without any NDA requirements. You can find more details on the firmware and Z-wave stack on the software page. Since Razberry board has been out for a while, several projects are using the Z-Wave module. 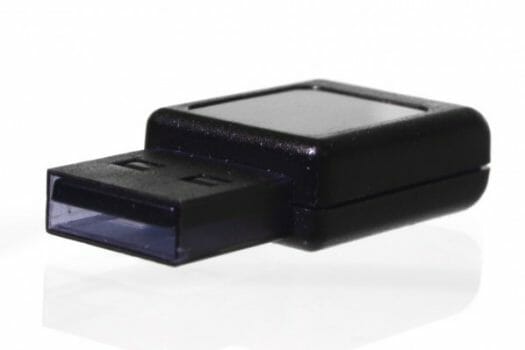 The second hardware device should be compatible with any hardware with USB host ports and running Windows, Linux, or Mac OS X.

The stick is also using Z-Wave (Plus) SDK 6.51.03, and looks to have the same features as Razberry module. One the software side however, the compnay mentions the UZB1 USB stick can be used with any third party Z-Wave controller software, but a separate version of the stick called UZBWAY includes a license key for the company’s Z-Way controller software. This could explain the price difference between the $29 UZB stick and the $69 Razberry module.

Z-Way is  available as a free mobile app on Android, iOS, and BlackBerry, but none of the versions have not been updated since the end of 2014.

It’s also worth noting Z-Wave operates at different frequencies depending on the country you live in. So Razberry module has versions for North American @ 908 MHz, the EU @ 868 MHz, Russia @ 869 MHz, India @ 865 MHz, and Austria/New Zealand @ 921 MHz.  I’m not sure if they can be adjusted by software, but in the case o UZB stick, the operating frequency is adjustable with a simple shell script for all the frequencies listed previously as well as frequencies used in Taiwan, Japan, Korea and so on.

You can find more details on Razberry microsite, as well as UZB dongle page. You can purchase via official distributors, but eBay is also an option for Razberry and UZB stick.