I feel like I’m living in another world after writing a title combining Arduino, Intel and Windows 10, but that’s exactly what LattePanda is promising with a development board featuring both an Intel Atom x5-Z8300 processor and an Atmel AVR MCU, and Windows 10 as the operating system. 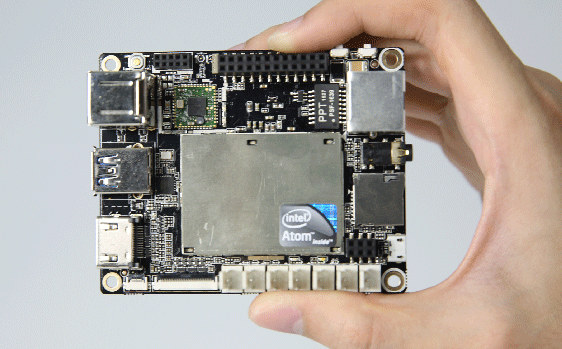 The company also mentions the board is Android and Linux compatible, but it’s not clear if they plan to do much work on these two operating systems.

The claim that ” Lattepanda comes pre-installed with a full edition of Windows 10, including powerful tools such as Visual Studio, NodeJS, Java, Processing, and more!” probably means it’s only a trial version based on their aggressive pricing, and lack of details about the exact version. I assume you’ll be able to program the Arduino part, just like as if you had an Arduino board connected to a Windows 10 PC. Tutorials and documentation should eventually be posted on Lattepanda.com, but right now there are only a few pictures.