PiPo, a Chinese manufacturer better known for its tablets, has just listed PiPo X7 “Intel TV Box” on their website. This mini PC is powered by an Intel Atom Bay Trail-T processor with 2GB RAM, an unspecified amount of internal store, and running Windows 8.1 with Bing. 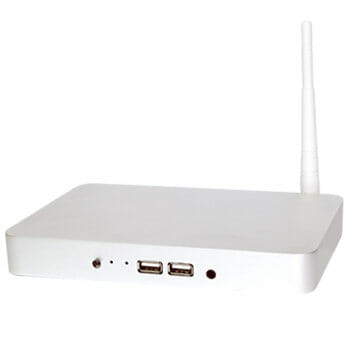 PiPo’s computer only comes with a power adapter. I always thought Windows 8.1 with Bing was a free (as in beer) version of Windows for low cost devices, but I’ve been told the MeegoPad T01 that boots Android and Windows, requires an extra $25 to pay for the license to activate Windows 8.1 with Bing. Although there are currently issues with running Linux desktop distributions on Intel Bay Trail system, at least one person is motivated to fix bugs, and run Ubuntu on MeegoPad T01, and other Z3735X platforms.

PipoX7LM coupon will get the device for $89.98 on Gearbest.

thank you so much for sharing the coupon. I also found the coupon PX7CN in this post: http://www.freaktab.com/showthread.php?21353-COUPON-Get-the-Pipo-X7-tv-box-at-an-amazing-price-on-GearBest

Friend of mine is looking at this right now. Can anybody tell if this has a fan (a little confused by the vents)?

@Someone from the other side
pretty sure it’s fanless