Intel unveils five new Compute Stick models last month, including three models with Core-M Skylake processors, and two models with Intel Atom x5-Z8300 processor: one with Windows 10 (STK1AW32SC), one without operating system (STK1A32SC). The Skylake model are not available yet, but the Windows 10 version can now be purchased for around $150 on Amazon, Newegg, and CDW. 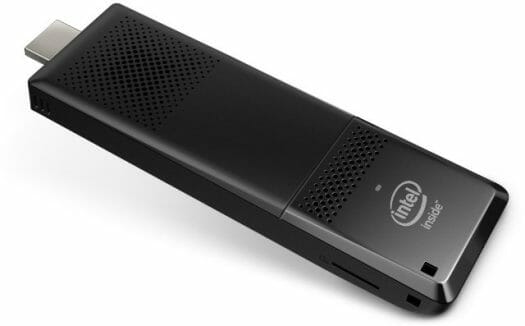 The specifications have not changed since the announcement, but it’s always good to refresh once memory: 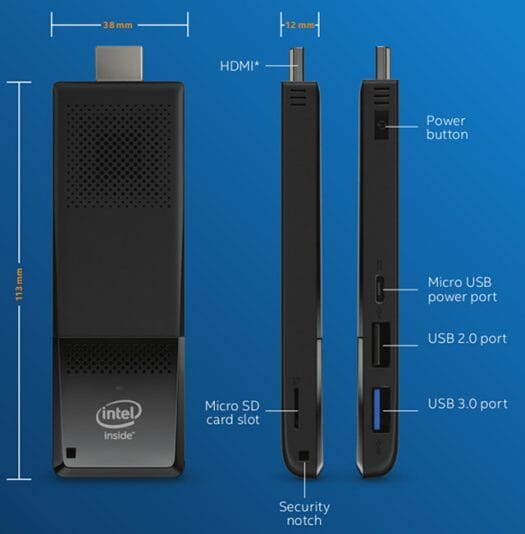 If you’d like to know how it performs before purchasing the TV stick, Liliputing reviewed the device, and unsurprisingly he found very little performance improvements over the previous model, except for WiFi which supports 802.11ac instead of only 802.11n. He found that the extra USB 3.0 port was also a nice addition, but felt use cases for that form factor are limited.

Now let’s say you are interested in this device, but you could not care less about Windows 10, and plan to run Ubuntu or other Linux distributions on it. There are two issues with that:

I am quite sure that next week, at MWC, Intel would introduce Willow-Trail SoC – the successor of Cherry-Trail. It is the Atom version of Skylake. Willow-Trail is the Soc that would power the future Windows Phones – the Surface Phone – that would be the next evolution for Windows phones: the move to x86 SoCs. But if Intel released the Cherry-Trail compute stick only now, it means that there would be a long time until we would see a Willow-Trail compute stick or mini PC. I really hope that Willow-Trail would have Gen9.5 graphics (like in Kaby Lake –… Read more »

Why do these units seem to be getting more costly? Especially with the chance of getting a non authorized version.

They cost more because they are better.