Roku has introduced a updated version of their Roku Streaming Stick with a faster quad core processor, that’s supposed to he 8 times faster than the previous model, and with more processing power than Amazon Fire TV stick and ChromeCast. 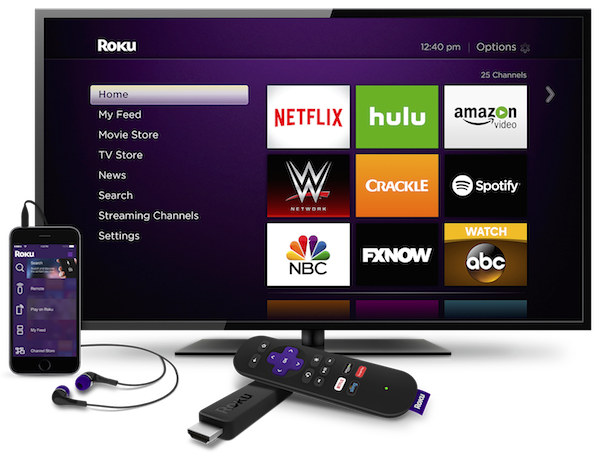 The company did not release all hardware specifications, but here’s what we know:

The device runs the latest Roku OS 7.1, and ships with a point-anywhere RF remote, two AAA batteries for the remote, a USB power cable and power adapter, and a Get Started guide. Roku has always used Broadcom processor in their device, and the previous streaming stick was based on Broadcom BCM2835 processor @ 600 MHz, so I’d not be surprised if they had used BCM2837 quad core used in Raspberry Pi 3 board for the new stick.

The promo video shows the user interface, as well as some new features such as private listening which allows you to listen to audio through your smartphone headphones.


The new Roku streaming stick is available for pre-order for $49.99 on Roku.com and BestBuy for US based customers with shipping scheduled for April 20, and the device will also become available in Canada and Mexico later this month.