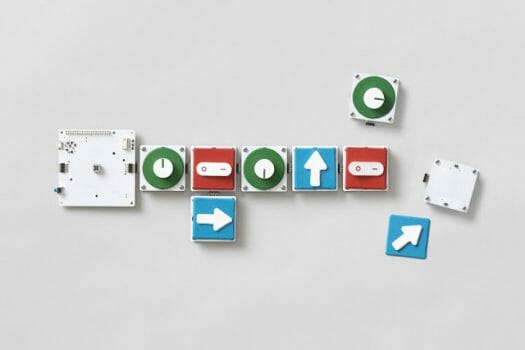 Children can then assemble Pucks, a Base Board, and the Brain Board together in various forms and shapes to create projects. Google partnered with IDEO to create Coding Kit reference device to show researchers, teachers, and developers how kids could learn basic concepts of programming.

More information can be found on Project Bloks website.