We’ve already seen ultra cheap (and low end) electronics lab tools like DSO138 oscilloscope kit for $23, or the $5 USB123 USBee AX logic Analyzer, but EspoTek Labrador combines 5 electronics lab equipments into a single board that claims to act as an oscilloscope, a waveform generator, a variable power supply, a logic analyzer and a multimeter for just $25. 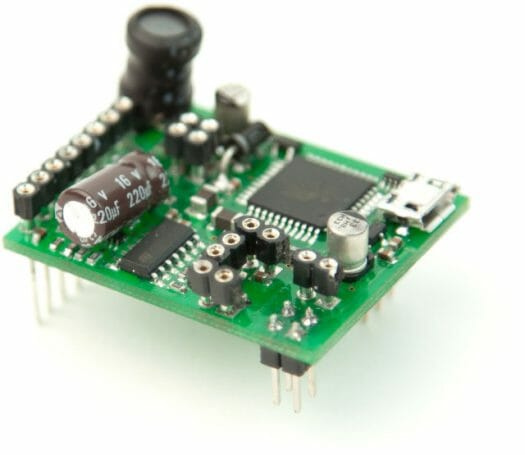 The board needs to connected to a Windows, Mac OS X, or Linux computer via its micro USB port in order to be controlled by the custom software provided by the company and demonstrated in the video below in all 5 modes. Hardware files and source code can be found in Github.

The Labrador project is fundraising now on crowdfunding platform CrowdSupply, where it has raised 66% of it’s $9000 goal so far. You’ll need to pledge $25 for the Labrador, and discount are available for larger quantities. Shipping is already included in the pledge, the campaign ends on October 20th, and the boards are expected to ship before the end of the year.

If they would have Pay Pal…

What does the multimeter function intensity measure?

These things are all about the quality of the software that comes with them. Unfortunately I cannot see the video from Espotek because they posted it on Vimeo – and Vimeo is banned here in Indonesia for being “Immoral”. (why didn’t they post in parallel to YouTube?) 100 kHz bandwidth with a sample rate of 750 kbps (shared) – as per the data sheet on CrowdSupply – is really pushing it (assuming each channel gets 750/2 = 350 ksps). I would say they would be lucky to get around 85 kHz bandwidth (you’re NOT going to get a decent experience… Read more »

This looks like a poor implementation of the Xprotolab:
http://www.gabotronics.com/oscilloscopes/xprotolab-plain.htm