A few weeks ago, Raspberry Pi 3 got an Android 7.0 Nougat port, and it’s usable for some app even simple games like Angry Bird, but there are still problems with 3D graphics, and hardware video decoding. But thanks to Pine64 forum’s member Ayufan, we now have Android 7.0 and Android TV 7.0 for Pine A64 boards with 1GB or more memory with 3D graphics, and hardware video acceleration for most apps. 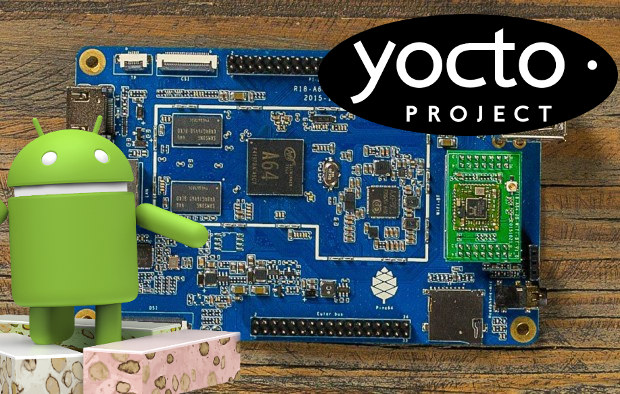 Everything is said to pretty much work, but there are some known issues, such as camera support (being worked on now), touchscreen support (not tested), YouTube is limited to 360p/480p as it does not support hardware video decoding, and Widevine DRM is not supported. Android 7.0 has also been shown to be about 10 to 15% faster than Android 5.1.1 in GeekBench.


If you want to try yourself, prepare a 4GB or greater micro SD card, and flash one of the two images with Win32DiskImager or dd after downloading the latest version on the release page.

If you find any issues you can report them on Github issue tracker, and if you’d like to get involved you’ll find instructions to build Android 7.0.

Beside Raspberry Pi 3 and Pine A64 boards, if you are interested in running Android 7.0 in a development board, 96Boards Hikey could be the best solution since it is officially supported in AOSP.

Android Nougat is not the only new operating system being supported by Pine A64 boards, as Montez Claros published Pine A64 meta layer for the Yocto Project, which itself is not an operating system, but will allow you to build you own minimal or custom Linux distribution for the board.

It’s not official port. Thanks for ayufan to bring it, but still it has issues, which I posted on related Pine’s forum’s thread.

The latest downloads are here: https://github.com/ayufan-pine64/android-7.0/releases

The previous links do not longer work, because I did change a way how they are compiled and published:
https://jenkins.ayufan.eu/job/android-7.0-pine-a64/