Hikey is a one of the first 96Boards compliant development board manufactured by either LeMaker in China and CircuitCo in the US, and while the hardware requirements of 96Boards specifications are rather easy to meet, the software requirements including “bootloader (open source), accelerated graphics support (binary or open source), a Linux kernel buildable from source code based from mainline, or the latest Google-supported Android kernel version” are much harder to comply with. Linaro had a very good news for Linaro Connect Bangkok as they announced Hikey board was supported in Android Open Source Project (AOSP). 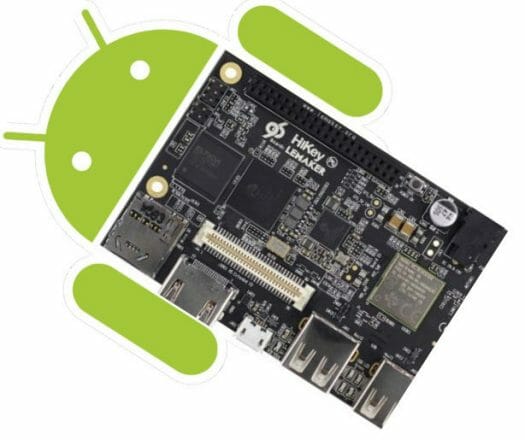 So that means Hikey board will run the latest version of Android like Google Nexus devices, with the advantage of also getting more recent devices.

If you want to build an Android image from AOSP just retrieve the source code:

Grab & extract vendors binaries for Hikey from Google.com. and complete the build:

And you can find the instructions to load the resulting image to the board on Android.com Devices page.

If you are interested in finding out how Linaro managed to do this feat, and what kind of challenges they had to overcome, you may want to watch Linaro Connect “HiKey and AOSP collaborative experience” presentation.

You can also download the presentation slides for a quick look. Some interesting tidbits in the talk include that Google plans to use Linaro’s Linux 4.4 experimental tree, and Rockchip is also working on doing porting some hardware to AOSP.

That was a great video to watch, thanks for pointing to it! I’m starting to think that lack of mainline kernel and bootloader support is grounds for automatic dismissal of a new SBC for me. I’m just no longer interested in investing in the massive timesink and endlessly repeating work dealing with old kernels and abandoned 3rd-party trees impose onto everything surrounding so many boards. I think it is actually worth the slightly higher up-front cost to me for SBCs that exhibit “higher quality” in this respect. I’d always assumed AOSP was not really an interesting option, being so out… Read more »

This seems really exiting. I hope it takes off. Be nice to see a 96board media box.