Earlier this summer, Silicon labs launched ThunderBoard React, a Bluetooth 4.2 LE compliant board with sensors and expansion headers for IoT applications based on the company’s BGM111 Bluetooth Smart Module, and to make it much more fun to work with the company has released a Derby Car kit controlled by the board. 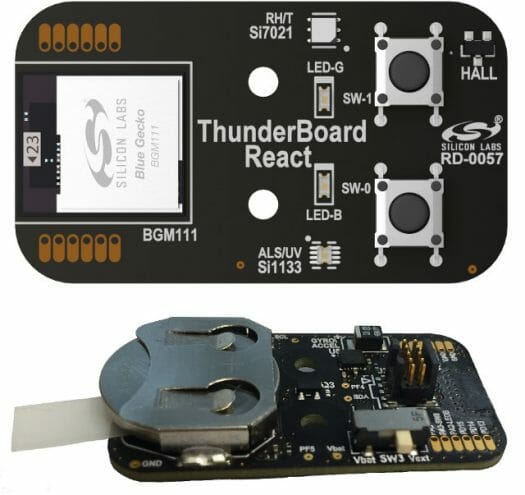 The firmware for the board can be found in Silicon Labs Bluetooth Smart SDK as a sample application, and developed using Simplicity Studio v3 and IAR Embedded Workbench for ARM v7.30. The company also provides Thunderboard Android and iOS apps with source code in order to control the board and monitor the sensors’ data. Data can optionally be synchronized to Thundercloud platform based on Firebase by Google, again with source code available on Github. 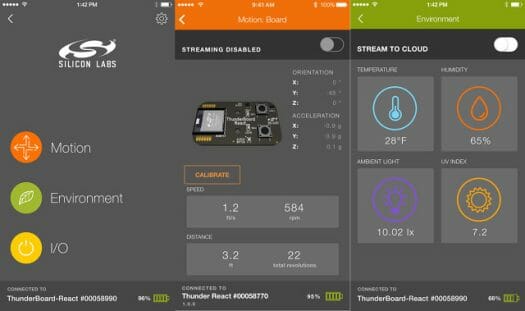 Beside just getting the board to play with BLE, sensors, apps, and the cloud platform,  you could also buy the Derby Car kit. The wheels are not driven by any motors, so the car can mostly be seen as a case for the board, and used for motion sensing while the car is moving.

You’ll find more details on Thunderboard React product page, as well as the Quick Start Guide where you’ll find link to buy the board for $29, and the complete car kit (including the board) for $59.