GOLE1 is a Windows 10 + Android mini PC powered by Intel Atom x5-Z8300 processor that also happens to come with a 5″ 720p display and a battery with the 4GB RAM/64GB storage version selling for $155 shipped. A company called Ockel Computers, who had a surprisingly successful crowdfunding campaign last year for their Sirius B Cherry Trail mini PC having raised close to $500,000, has designed a new mini PC similar to GOLE1, but with better specs including a slightly faster Intel Atom x7-Z8750 processor, a higher resolution 6″ display, and HDMI & DisplayPort video output ports among other improvements. 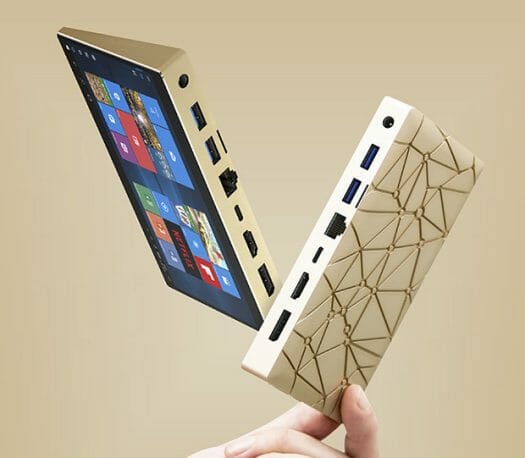 The device ships with Windows 10 Home 64-bit, and the company claims to have work with Microsoft to “develop a unique Switch Mode” converting the 6″ display as a keyboard and mouse for the larger external display. It’s still possible to connect a USB mouse and keyboard to use both displays. 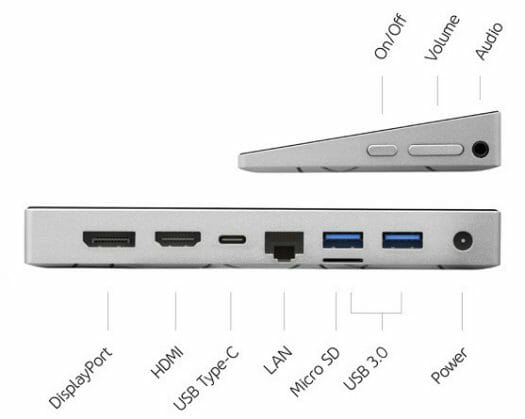 The company went back to Indiegogo for Sirius A mini PC, and they’ve already easily surpassed their $100,00 funding target so far thanks to close to 500 backers having committed a total of around $250,000. Ockel Sirius A is faster, with more features, and IMHO we could easily argue it’s also prettier than GOLE1, so we should expect to pay a bit more. It turns out you’d have to pay $549 to get the device with an HDMI cable and power adapter, or almost 4 times more than GOLE1 4GB/64GB. Alternatively, you could pledge $559 for the same device with a 128GB micro SD card and Avanca Powerbar Pro 9000 power bank. If you think it’s worth it, you’ll also have to add $30 to $50 for shipping, and be a patient person, as delivery is scheduled for May 2017.

this seems quite expensive compared to the GPD Win, which is US$330 and a very similar specification.