GPD HD Win portable game console is getting some competition, albeit in a slightly different form factor, with PGS portable game console based on Intel Atom x7-Z8750 quad core processor, running Windows 10 and Android 6.0, and featuring D-Pad, buttons, and a touch pad, replacing the QWERTY keyboard in GPD device. 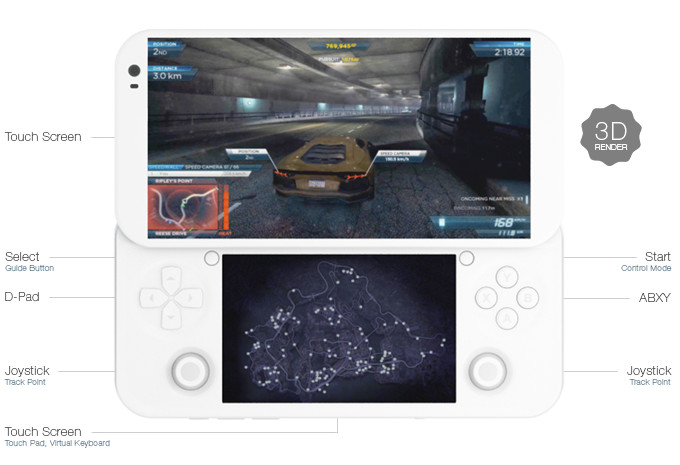 The console can dual boot Windows 10 64-bit or Android 6.0. It’s unclear whether any games are pre-installed, but this should not be an issue as you could install your favorite games from Google Play or download/buy Windows games separately. The hardware is quite similar to Microsoft Surface 3, and you can check some games performance in that video.

The project has just launched on Kickstrter and they’ve already reached over 50% of their $100,000 funding target. PGS Lite require a $230 (early bird) or $280 pledge, while you’ll need to pledge $260 (early bird) or $320 for PGS Hardcore. The downside is that they don’t have not shown a prototype yet, and all images are 3D renders, but at least they are honest about it as they show “3D render” on their materials. Shipping adds $10 to the US, and $15 to the rest of the world, and delivery is scheduled for March 2017. If everything goes according to plans, an Apollo Lake version is scheduled for Q3 2017.

You can also visit PGS Labs website for more details.

Thanks to Freire for the tip