V-Bridge Muses-α and Muses-β boards can be used to respectively broadcast video to DTV standard from your PC, and as a turnkey solution taking any HDMI, CVBS, or USB inputs. The VATek SoC used in those  board support various DTV standards including DVB-T, DVB-C, ATSC/QAM, DTMB, ISDB-T/TB up to full HD resolution. I’ve received an early prototype for each, and I’ve already taken pictures and show how to assemble both Muses-α and Muses-β kits in the first part of the review. Today, I’ll show a demo with Muses-β turnkey solution taking HDMI input from an Android TV box (R-Box Pro), encoding and modulating the video to DVB-T, before broadcast it to an Android STB with a DVB-T/T2 tuner (U4 Quad Hybrid). This tool could be useful to test STB featuring ATSC or ISDB-T too, as those two standards are not supported in my country, and I could instead generate signals within my office.

You could also connect it directly to your TV, but for this review it was easier to show with an external device, and my TV is using a coaxial input instead of a female F-connector, so that made it easier. If you connect it to your TV, you could still combine your local TV station signal with Muses-Beta signal by using a 2-way splitter as shown below. 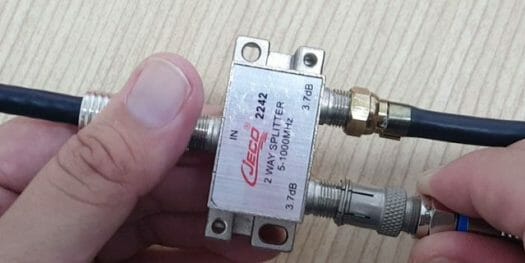 The company provided a cable to connect the RF board to tuner directly, but you could also use the type of antenna shown above instead. The power level is -12dBm, which means it won’t affect others, and should not break any laws in your country. If you need longer range you’d need to use an amplifier, and check with your local authorities if you need any specific licenses. 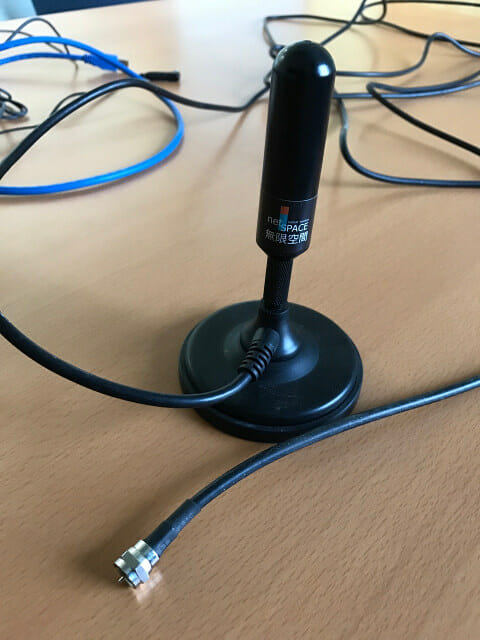 Now that the connection is done, let’s have a look at the LCD display, since it;s used to configure the DTV standard, frequency, and many more options. I did not have to change much for this demo. First I select DVB-T and QPSK modulation. 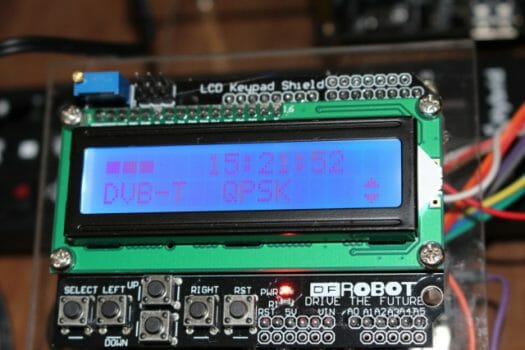 Then set the frequency to 628 MHz as it’s one of the listed frequencies in U4 Quad Hybrid. 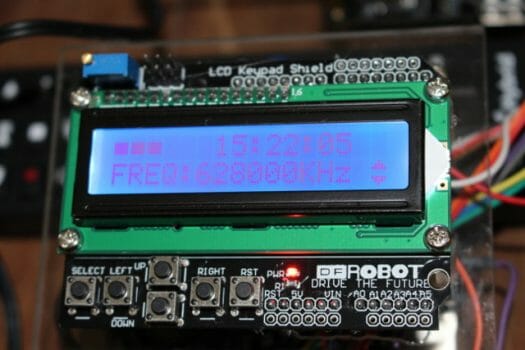 And kept HDMI to 720i-60, as the prototype can only handle HD resolution (720p) smoothly, and while Full HD (1080p) is possible it won’t be that smooth yet, but should be in the final hardware. 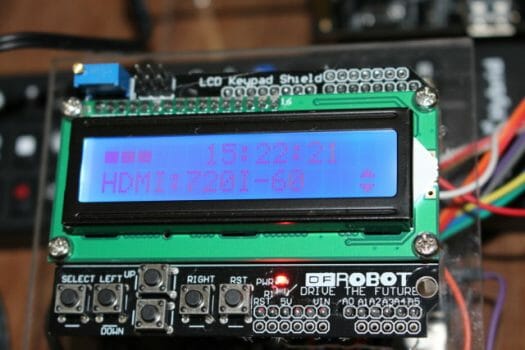 There are many options as shown in the UI chart below.

If HDMI input is detected, the LCD should then soon show three full squares on the top left indicating video is being broadcast with whatever standard you’ve chosen. In order to get the signal I had to configure U4 Quad Hybrid set-top box with the frequency, bandwidth, and delivery system  I selected for the modulator.

And it worked pretty much out of the box, as you can see from the photo below showing U4 Quad Hybrid menu overlaid over the DVB-T signal showing R-Box Pro user interface. Please ignore the vertical lines, as it’s just a problem with LG 4K TV.

I’ve also shot a video showing the setup, and how well it works. Sadly, the video I selected does not play optimally in R-Box Pro (the video source), but I found it only after the review, and other videos are being broadcast normally without smoothness issues nor audio cuts. But the important in the video is to show how easy it is to configure the system and that it works reasonably well. Quality will obviously suffer a bit compare to the source since its re-encoded and HDMI output is set to 720p.

The kickstarter campaign is still on-going with 21 days to go. Muses-β kit with the LCD control board – as reviewed in this post – requires a $559 pledge, but if you prefer to replace the STM32 Board and LCD display by your own control board (API will be provided), you can get Muses-β board with AV input board and RF board for $399. I’ll test the cheaper $200 Muses-α board connected to a computer in the next few days in part 3 of the review.