A while ago, two persons in the United Kingdom decided it was a good idea to  setup a shop and sell Android TV boxes promising free access to premium content like the Premier League football matches with a one-time purchase of the hardware. Of course they did that with a TV box with some piracy add-ons and/or apps, and when The Premier League found out they brought a prosecution against the two. 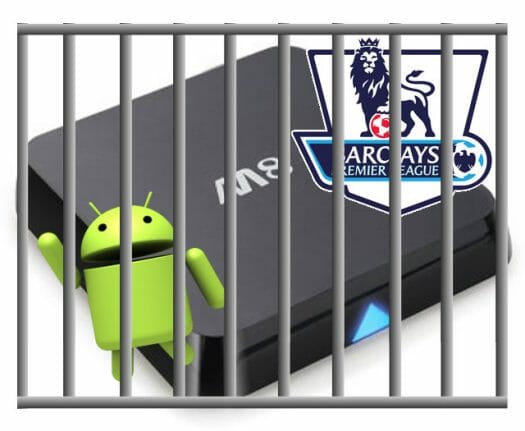 The court case has been going on for several month, and the UK court has announced its verdict: The main accused was sentenced to four years in prison, while his associate pleaded guilty and received a two-year suspended prison sentence, both convicted for Conspiracy to Defraud.

That’s the first sentencing of IPTV boxes in England, and the Federation Against Copyright Theft (FACT)’d director declared that ” today’s result should send a hard-hitting message to anyone involved in selling illegally modified set-top boxes”. There’s no word to what will happen to customers of the boxes, which included individuals, but also businesses like pubs, but the article on Advanced Television appears to indicate the organization involved in the court case, FACT and the Police Intellectual Property Crime Unit (PIPCU) will focus on sellers rather than consumers.

Most sellers of “fully loaded” kodi boxes on amazon are from china – good luck.

@Galll0s
Those guys also had a brick and mortar shop making it 100% clear what they were up to. It’s not something they did discreetly online…

People will just install the apk themselves.

At the end of the day, the copyright guys just make it harder, but that’s it.

What Kodi addons give premier league then? Might as well tell us all…

You can be a banker that defrauds the public of tens of millions of dollars/pounds and never be punished and yet for something that in reality is a minor offence gets such a sentence. The UK is becoming too like America with it’s justice system whereby a minion that does something minor will get a disproportionate punishment compared to the companies and individuals that get protected for their own financial misgivings. All that this ruling will do is ensure that boxes get sold with stock installations and a rise in sites that show people how to install the stuff for… Read more »

same story in the Netherlands: https://tweakers.net/nieuws/118777/verkoop-mediaspeler-met-links-naar-beschermde-inhoud-via-add-ons-is-illegaal.html

well we are all glad we dont live in that disgusting prison camp.

Just looking at the torrentfreak article on this and it looks like they were not only supplying kodi boxes with pirate add-ons but also providing the streams as well. So it’s not just for selling of preconfigured kodi boxes although there is another case pending for just this. Once again a blatent idiot sets up a high street shop to sell these kodi boxes. I’m not sure what they expected, a slap on the wrist?

I am not football fan myself, and who needs Kodi?

in Google app store look up the ” live football on TV” app by wheresthematch. Internet search ” UKtvnow” and download app.

Piracy is a pain https://torrentfreak.com/bbc-scrambles-to-plug-planet-earth-ii-finale-leak-161211/

And just to twist your brain try reading this https://torrentfreak.com/unknowingly-linking-to-infringing-content-is-still-infringement-court-rules-161210/

mary :
well we are all glad we dont live in that disgusting prison camp.

But the Banksters, who nearly bankrupted the world with their illegal activities, received no punishment whatsoever. In fact, most got bonuses.

@theguyuk
At least, the guy who linked to the actual copyright infringer was not fined, but asked to remove the link.

cnxsoft :
@theguyuk
At least, the guy who linked to the actual copyright infringer was not fined, but asked to remove the link.

Although I wonder why he has not been given the chance to just correct the credits for the photo, instead of being forced to remove?
It makes no sense!

Well TALKTALK in UK had a big data breach last year which cost them £42 million.

Here is the case results A teenager who admitted seven hacking offences connected to the TalkTalk data breach has been given a rehabilitation order and had his iPhone taken off him.